Virginia Gov. Ralph Northam recalled lawmakers to the state Capitol in coming weeks to take up a package of gun-control legislation. 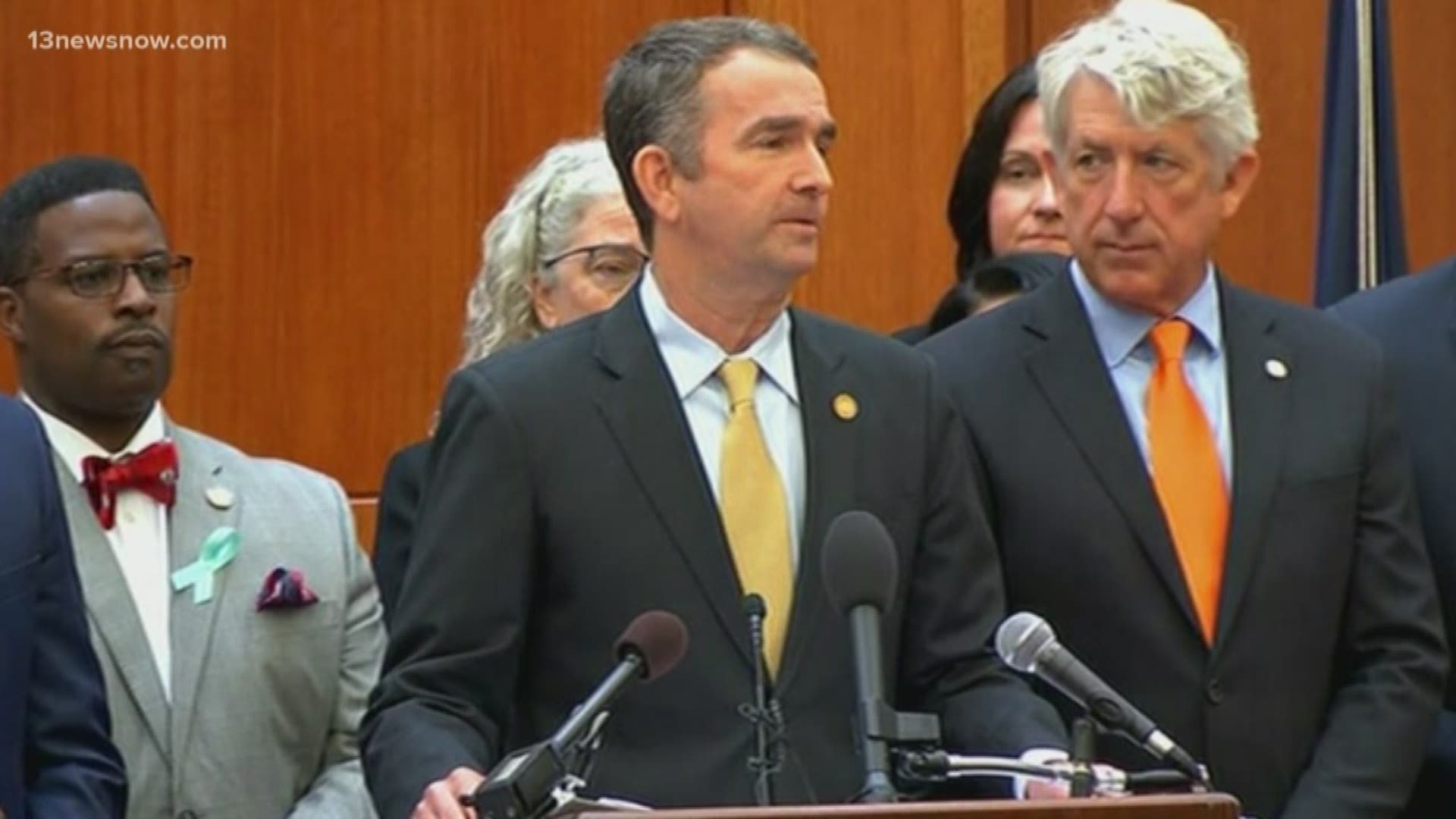 VIRGINIA BEACH, Va. (AP) - Virginia Gov. Ralph Northam announced on Tuesday that he'll recall lawmakers to the state Capitol in the coming weeks to take up a package of gun-control legislation, which he said is urgently needed to prevent killings like Friday's mass shooting in Virginia Beach.

Northam said he plans to convene a special legislative session this summer.

The Democrat said in an Associated Press interview ahead of his announcement that he wants the Republican-controlled General Assembly to hear from the public about the need for "common-sense" law related to guns and accessories.

Republicans have previously rejected Northam's gun control bills out of hand, but a top GOP lawmaker signaled Monday that he's open to a legislative debate.

Northam's announcement comes less than a week after Virginia Beach city employee DeWayne Craddock used two semi-automatic handguns, a silencer and extended ammunition magazines to kill 12 people, all but one them colleagues he had worked with for years, and injure several others. Craddock was then killed in an intense gunbattle with police during which a bullet hit one officer in a bulletproof vest.

Northam's package of bills includes legislation that directly relates to Friday's shooting __ including a ban on silencers and high capacity ammunition magazines as well as broadening the ability of local governments to limit guns in city buildings. But Northam said other recent shootings, including the death last month of a 9-year-old girl who was shot at a community cookout in Richmond, are also driving his call for a special session.

"It's an emergency here in Virginia, and it's time to take action," Northam said. "Every one of these pieces of legislation will save lives."

Other proposals Northam said he wants lawmakers to vote on include mandating universal background checks before gun purchases, limiting purchases to one handgun per month and a so-called red flag bill that would allow authorities to temporarily seize someone's guns if they are a shown to be threat to themselves or others.

The governor has long advocated for stricter gun control. He made the issue a top priority of his 2017 gubernatorial campaign, drawing from his experience as a pediatrician and Army doctor who has treated children and soldiers wounded by firearms.

Most of the legislation already proposed by Northam and other Democrats has failed at the General Assembly, including this year. Republicans hold slim majorities in the House and Senate and Virginia is in the middle of a closely watched election year when all 140 legislative seats are up for grabs.

Under Virginia law, the governor can call a special session but has no say in how it's conducted. But GOP Senate Majority Leader Tommy Norment indicated Monday that there's some willingness to debate whether to ban large-capacity magazines, according to the Virginia Gazette.

A group of gun-control supporters gathered Monday outside Norment's office to press him on his pro-gun voting record. Norment told protesters that "nothing would have helped us in Virginia Beach."

Craddock appeared to have had no felony record, making him eligible to purchase guns. Government investigators identified two .45-caliber pistols used in the attack and all indications are that he purchased them legally in 2016 and 2018, said Ashan Benedict, the regional special agent for the Bureau of Alcohol, Tobacco, Firearms and Explosives.

Friday's shooting has been Northam's first major test since a scandal over a racist photo in his medical school yearbook nearly drove him from office four months ago. The governor has been active in helping coordinate the state's response and comforting victims, while also pressing the case for stricter gun control.

Northam hinted Saturday in news interviews that he may be considering some kind of executive action related to gun control efforts that would bypass the legislature, but his office declined to say what specific actions he may take.

Republicans did not immediately comment on Northam's plans for a special session, but some of Northam's opponents have said the governor is trying to use Friday's shooting to deflect attention from his own troubles.

A top gun rights advocate in Virginia denounced the special session as "political theater," and called it "pure baloney" that silencers mask the sound of gun shots. Philip Van Cleave, president of the Virginia Citizens Defense League, said "there's really nothing other than allowing people to protect themselves until the police get there that would have worked."

In his AP interview, the governor flatly denied that he's "playing politics."

"I'm bringing people to the special session to save lives," Northam said.

“I applaud Governor Northam, who has seen the carnage of gun violence as a pediatrician, for calling the General Assembly to gather in a special session to find solutions. It’s painfully clear from the horrific shooting in Virginia Beach and the daily scourge of gun violence in communities across the Commonwealth that Virginia must pass commonsense gun safety reforms. When I was Governor following the tragedy at Virginia Tech, we made some progress to fix a flaw in the background record check system that allowed the shooter to purchase a weapon, but when we tried to do more to strengthen background checks, Republicans blocked our efforts. There’s a lot of unfinished business to make our communities safer. We need more than thoughts and prayers; we need action.”