A trainer, who helped many in the area, finds himself gearing up for a recovery of his own. 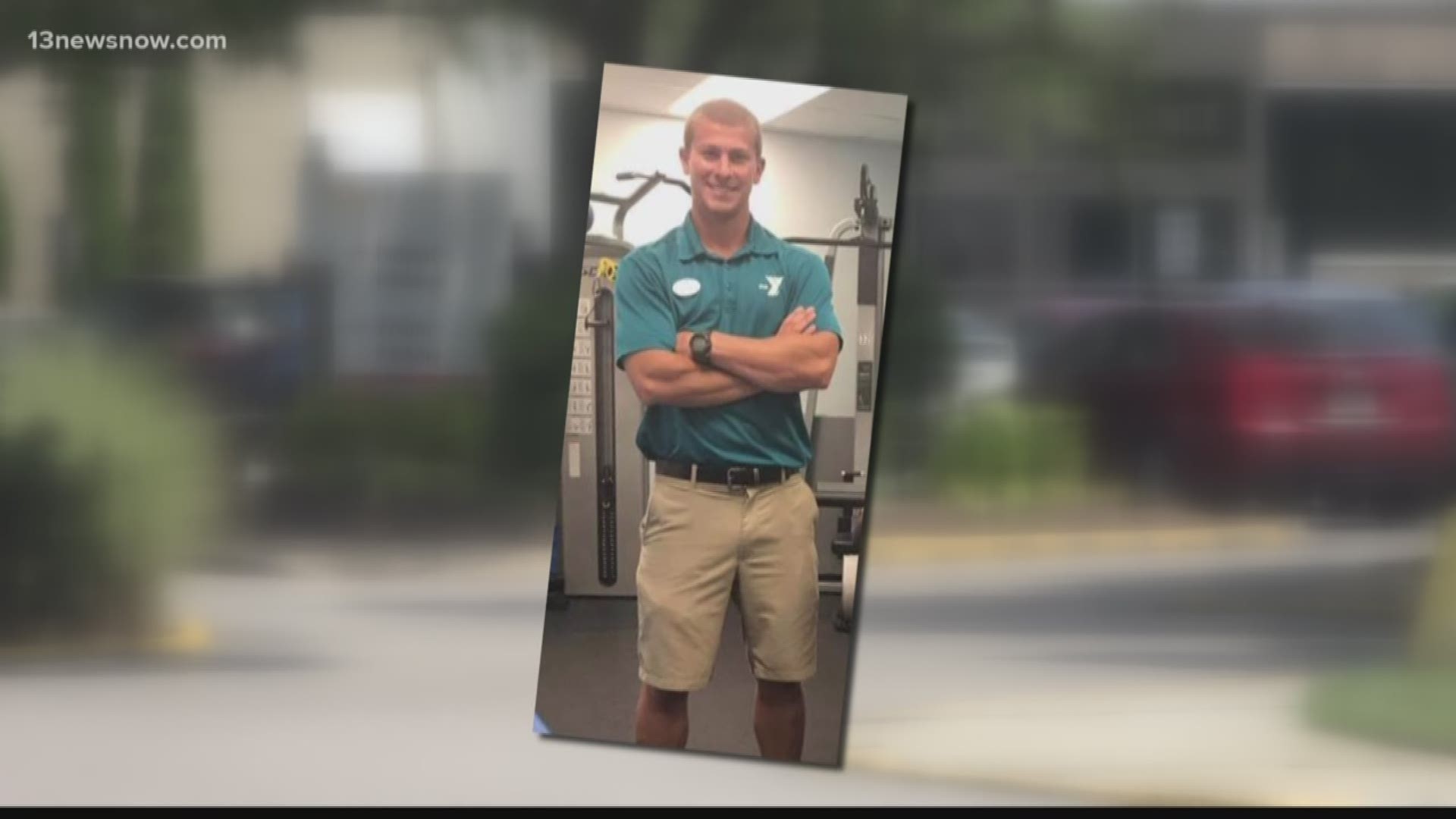 VIRGINIA BEACH, Va. (WVEC) — Jeff Di Fulgo sat in a hospital bed in a neck brace with a “get well” balloon, cards and family surrounding him.

The personal trainer was still in good spirits as his girlfriend held his hand that can no longer provide a squeeze.

“He’s helped a lot of people,” said Jeff Di Fulgo, the 26-year-old’s father. “And I think now it’s Jeff’s time to get a little love from the community, friends, and family.”

13News Now first told you about Di Fulgo in April when we got word of his inspiring bond with Willie “Sketch” Burnham, a quadriplegic. He worked with the 38-year-old over three years at a Virginia Beach YMCA, which led to him to eventually walk and stand.

Months later, the trainer finds himself gearing up for a recovery of his own after being paralyzed.

"A freak accident happened,” said Sommer Di Fulgo, Jeff’s sister. “He dove in and hit his head on a sandbar. He was kind of laying there for a second."

It happened while Jeff was swimming at Croatan beach last weekend with his girlfriend, Sommer explained. His body was motionless in the water.

"And he told her that he couldn't feel,” she said.

Di Fulgo was rushed to the hospital for surgery. The family said doctors told them he suffered from a fractured C-5 vertebra, which is located in the neck area of the spinal chord.

The family was told he might not walk again.

"It was a pretty bad prognosis,” Jeff’s father explained. "we know that [Jeff] knows how to fix this...which gives us hope."

Di Fulgo is currently in the ICU and will most likely have to carry on rehab at a center in Atlanta, Georgia.

The family has set up a fund to help with expenses, like meals.

Willie was one of the first to visit Jeff in the hospital and gave simple words.