248 forecaster positions that inform the public about how to stay safe in threatening conditions are on the line. 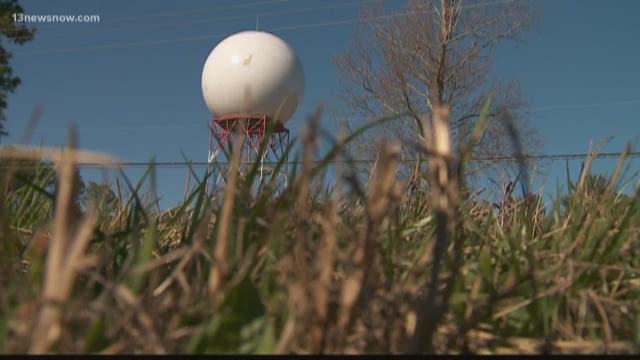 (WVEC) -- With the proposed federal budget hundreds of forecaster jobs and worker's hours at local National Weather Service offices are on the chopping block.

As the deadline looms in Washington, 13NewsNow has learned the White House proposal makes large cuts to the NWS after one of the worst hurricane seasons on record.

President Trump's budget proposal slashes funding by more than $75 million next year, which will force job cuts. 248 forecaster positions that inform the public about how to stay safe in threatening conditions are on the line. Currently, 110 jobs are currently filled.

“We think this is really a dangerous move,” Dan Sobien, President of the National Weather Service Employees Organization said.

The budget brief obtained by 13News Now shows the NWS is moving toward the plan, which was leaked a year ago. 13News Now was first to report about the proposal to change certain field offices from operating on a 24/7 schedule to normal business hours.

“No metropolitan areas, or even rural areas, are more important than others,” Sobien said. “They should all have forecasters there on weekends and nights watching the radars, doing the weather watch and making sure that the citizens of that area are safe.”

That spokesperson would not say on the record if the local office in Wakefield would close at certain times, however, it was an option in the leaked presentation.

“So, the whole Norfolk, Virginia Beach would no longer have weather forecasters sitting in there watching the radar at nights, on weekends to see if a tornado is approaching,” Sobien said.

Officials said to "minimize potential risk," there would be a collaboration with other offices.

“It would probably be someone in Sterling, Virginia, who also has responsibilities in Washington D.C. and Baltimore,” Sobien said. “If all three areas were being impacted by severe weather at the same time, I guarantee you which ones would get priority.”

The White House proposal would merge the only two Tsunami warning centers into one center for the entire country, and it decreases funding for some Environmental Prediction work. The draft slows upgrades to the system, which "represented a massive improvement in flood forecasting" and decreases the program that extends the life "on the aging" radar system.

"Difficult decisions and tradeoffs must be made among program priorities to ensure that NOAA most effectively meets its mission mandates and supports stakeholders," officials wrote in their budget summary.

While the deadline to see which cuts make it in the final budget comes next week, there's concern this plan is a storm brewing.

To view the Department of Commerce Budget in Brief for the fiscal year 2019, click here.