Willie Burnam, 38, was down on life, deemed a quadriplegic after a car accident. Then, he met an intern who helped change his life. 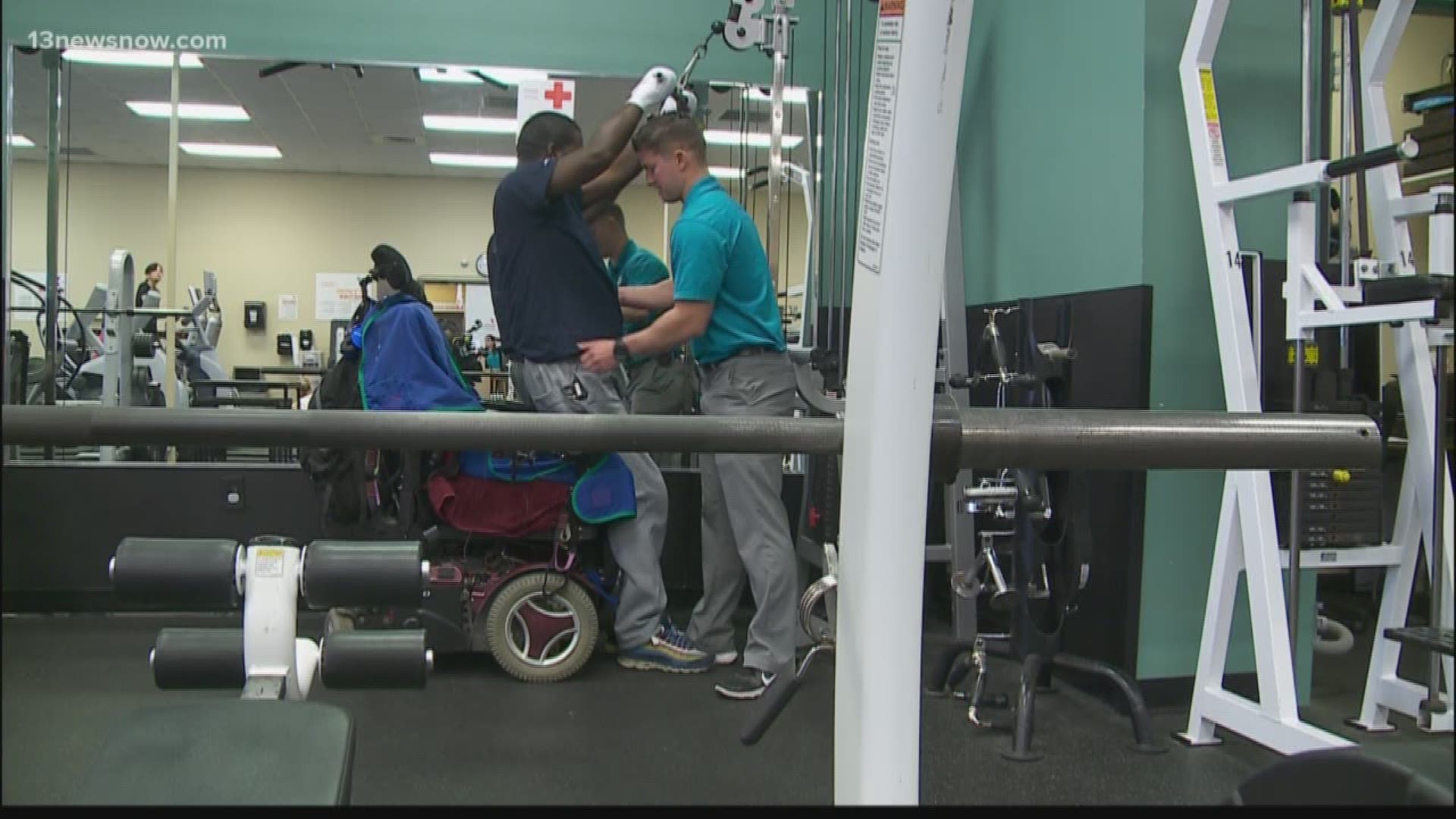 VIRGINIA BEACH, Va (WVEC) – Willie “Sketch” Burnam was at a point in life where he was on the brink of giving up in a nursing home.

The 38-year-old was down on life, deemed a quadriplegic, a person who has lost feeling in all limbs. He was confined to a wheelchair after being hit by a car on Virginia Beach Boulevard.

“I remember getting hit. I remember flying in the air,” said Burnam. “I remember hitting the ground like three or four times, and every time I hit the ground, I felt like I lost feeling somewhere.”

Burnam went from rehab center to rehab center, but he didn't feel challenged enough. Once he gained feeling in his toes, and thinking about his daughter, he knew it was time to take recovery seriously.

“People don’t know… this is hard,” Burnam said. “Basically, I was a baby all over again.”

He went to the Hilltop YMCA, where he met Jeff Di Fulgo, an intern. Their weekly sessions quickly turned into much more.

“We mostly like family. That’s my little brother,” said Burnam.

The two have been working out for close to three years, holding three-hour workouts four times a week, even spending time outside the gym together.

Burnam and Di Fulgo have accomplished many milestones together. Burnham is standing, despite what he said doctors told him was impossible. After 5 years, Burnam even rode in the front seat of a car with Di Fulgo.

With a walker, Burnam's walking is limited, but his goal is to walk unassisted. His determination is all for his daughter.