USPS said there were no election ballots in the pile of undelivered mail. The bulk of it was advertisement mail. 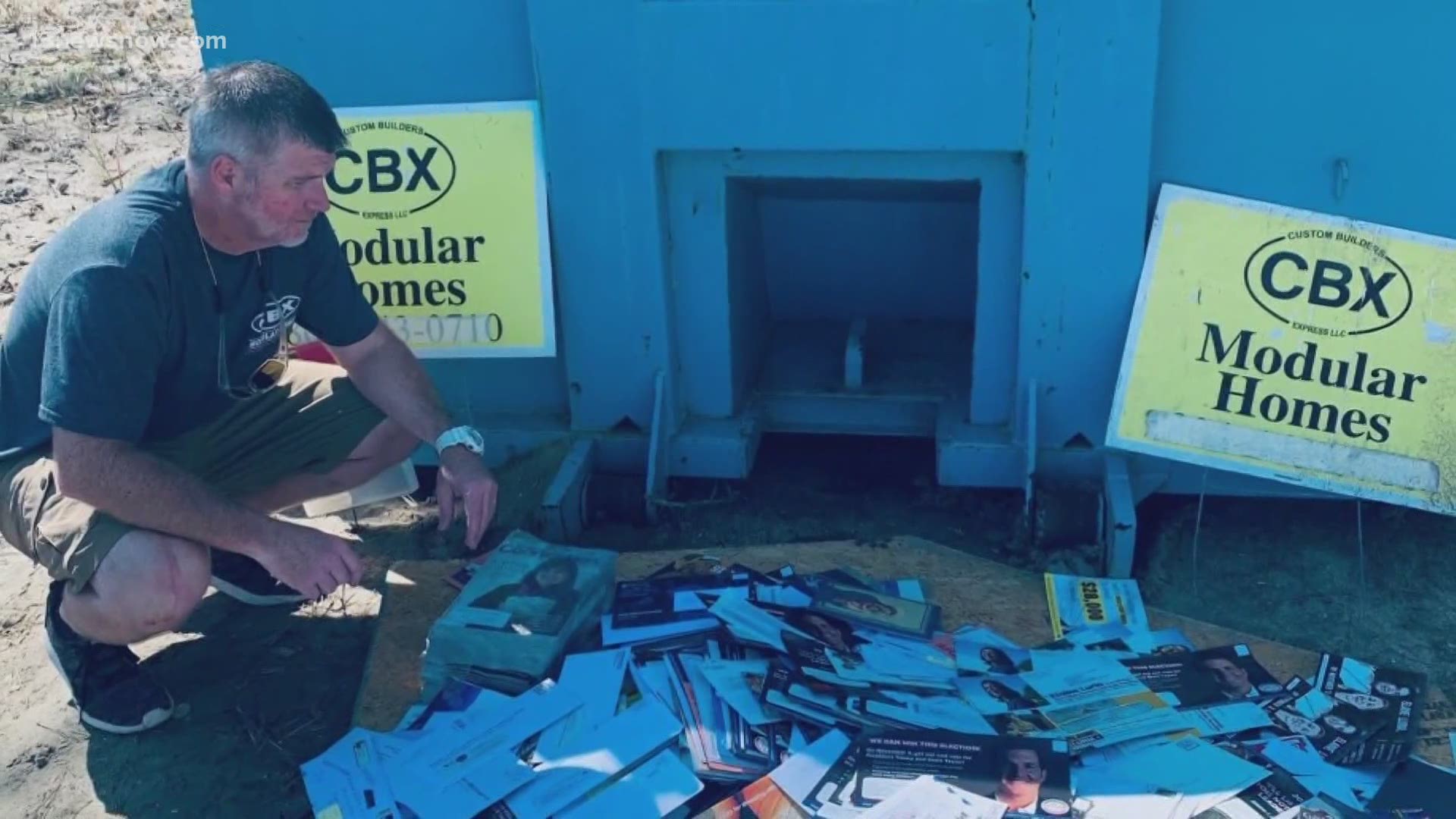 VIRGINIA BEACH, Va. — USPS is working to learn more about an incident in Virginia Beach where a few trash bags filled with undelivered mail were found in a dumpster.

Thursday afternoon, Virginia Beach police confirmed that some unopened and undelivered mail was found in a dumpster on Colechester Road and turned the investigation over to USPS.

Home contractor Joseph Gurganus found the mail at one of his construction sites. Gurganus explained he was taking one of his clients through a walk-through of their home when they found glanced into the dumpster and found three large bags of mail.

"There were numerous paychecks; we saw things from the Virginia State Commission. You name it, it was in there from birthday cards to etcetera. Things that could affect people’s lives," said Gurganus.

The information about the discovered mail was getting around in the neighborhood. Many of the homeowners' concerns were heightened due to the upcoming presidential election.

“I talk to someone they thought somebody was stealing ballots because it’s been happening in another state but, random mail. I don’t know if there were any ballots in there. I really don’t know what was in the bags. Hopefully, there weren’t any ballots,” said neighbor Jerry Killmeyer.

According to Pete Brown with the USPS Office of Inspector General, the majority of the mail that was discarded was advertisement mail. There was also some election advertisement mail found that should be re-delivered shortly.

There were no election ballots among the mail that was recovered, Brown said.

Authorities are in the initial stages of the investigation.