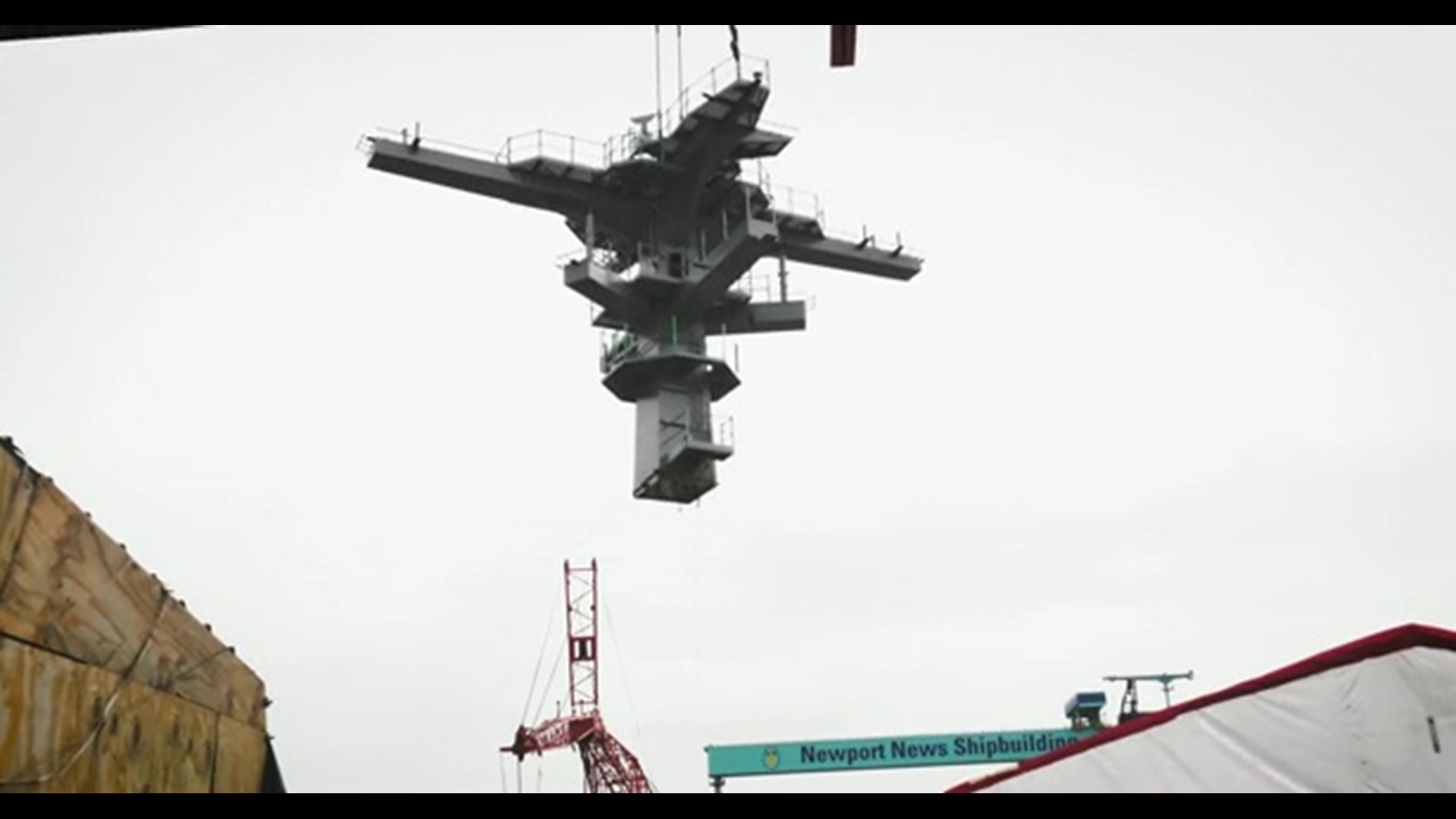 During its time at the shipyard, the ship will overhaul and upgrade the combat systems and other warfighting capabilities, improve the ship’s material condition, and refuel the reactors.

When the work is completed by the Newport News Shipyard, George Washington will leave the shipyard as the world’s most technologically-advanced capital warship.

“We have the opportunity to do two things every day: solve interesting problems and lead,” said Capt. Daryle Cardone, executive officer of George Washington. “That’s what our Sailors do each and every day they come into the shipyard and aboard our ship. It’s the energy and motivation they bring to each challenge that has enabled us to reach this momentous halfway point in the ship’s force work package and it’s what will drive us to the finish line.”

In the coming months, the dry dock where George Washington is currently being worked on will be flooded, marking another major milestone in the ship’s life cycle.

Flooding the dry dock will require the collaboration between many of the key stakeholders at Newport News Shipyard, and George Washington’s deck department will be at the forefront of the effort, just as they will be when the ship enters and leaves ports the world over.

The process of the ship’s force work package will enable George Washington to sail the high seas for another 25 years.

The announcement of USS George Washington's halfway point comes one week after an employee, Tim Ewing, died while working on the ship.