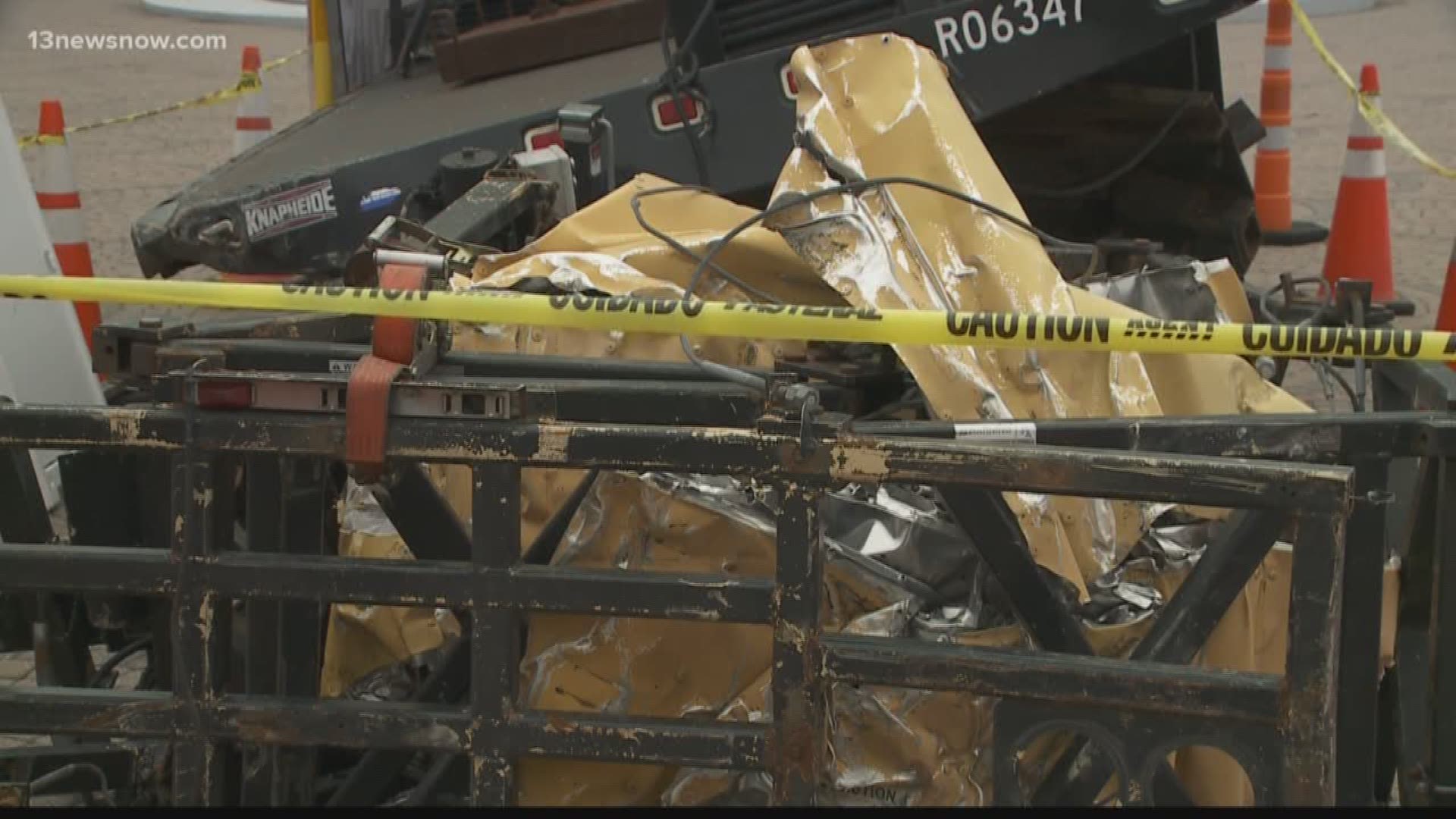 The Virginia Department of Transportation is hoping to make drivers more aware of the importance of work zone safety this week.

Beginning Monday through April 13 is National Work Zone Awareness Week, which typically kicks off construction season, according to VDOT.

"VDOT's goal is to have zero incidents, an effort that requires partnership with those traveling through work zones," Transportation Secretary Shannon Valentine said.

"Whether walking, cycling or driving, each of us plays a vital role in making sure our roads are safe."

On January 31, VDOT workers Jimmie and Brian were in one truck. Parked behind them their co-worker Hank. They made sure signs for drivers to move over were displayed. The men were just seconds from getting out of the trucks when a tractor trailer slammed into them.

"And we were lurched forward, said Jimmie. "I saw stuff flying by the truck." Their minds immediately raced to Hank. "He was driving this truck here, and I get out, it's laying on its side, completely tore. The arrow was still pointing to the left telling the traffic to move left, right-hand lane's closed," he added.

Hank, was trapped. They called 911 emergency crews used the jaws of life to get him out. "He tore his rotator-cuff off, completely loose, its messed his back up, and his neck and shoulder. And he's going through rehab right now," said Jimmie.

Since the accident he says crews now have a spotter with them to keep an eye on traffic. State Police say the truck driver was charged with reckless driving.

VDOT Commissioner Stephen C. Brich said work zone safety relies on the help from the public in committing to "driving with heightened awareness and caution around the men and women who work on our roadways.”