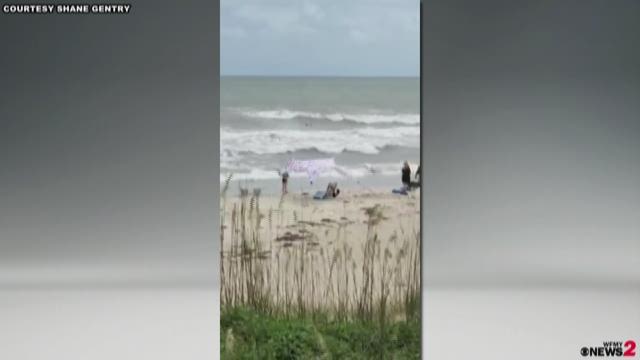 CBS 17 sister station WNCT reported earlier a drowning death at Emerald Isle. A 41-year-old man died while vacationing there Wednesday, according to the report. The Town of Emerald Isle confirmed the drowning on its Twitter page.

Confirmed drowning in Emerald Isle this afternoon. Dangerous surf conditions continue in Emerald Isle, RED FLAGS remain in place, and public should stay out of the ocean until further notice. Please don’t put yourself, others, and our emergency responders at risk unnecessarily.

Officials advised those at North Carolina beaches to heed the warning flags.

"It was nuts. I've never seen anything like it," said Shane Gentry, who took the video.

3 Dead in 3 Separate Drownings at Holden, Wrightsville, and Sunset Beaches

What You Need to Know About Rip Currents