Mayor Bobby Dyer recaps the last year, from its first Something in the Water Festival to the mass shooting. 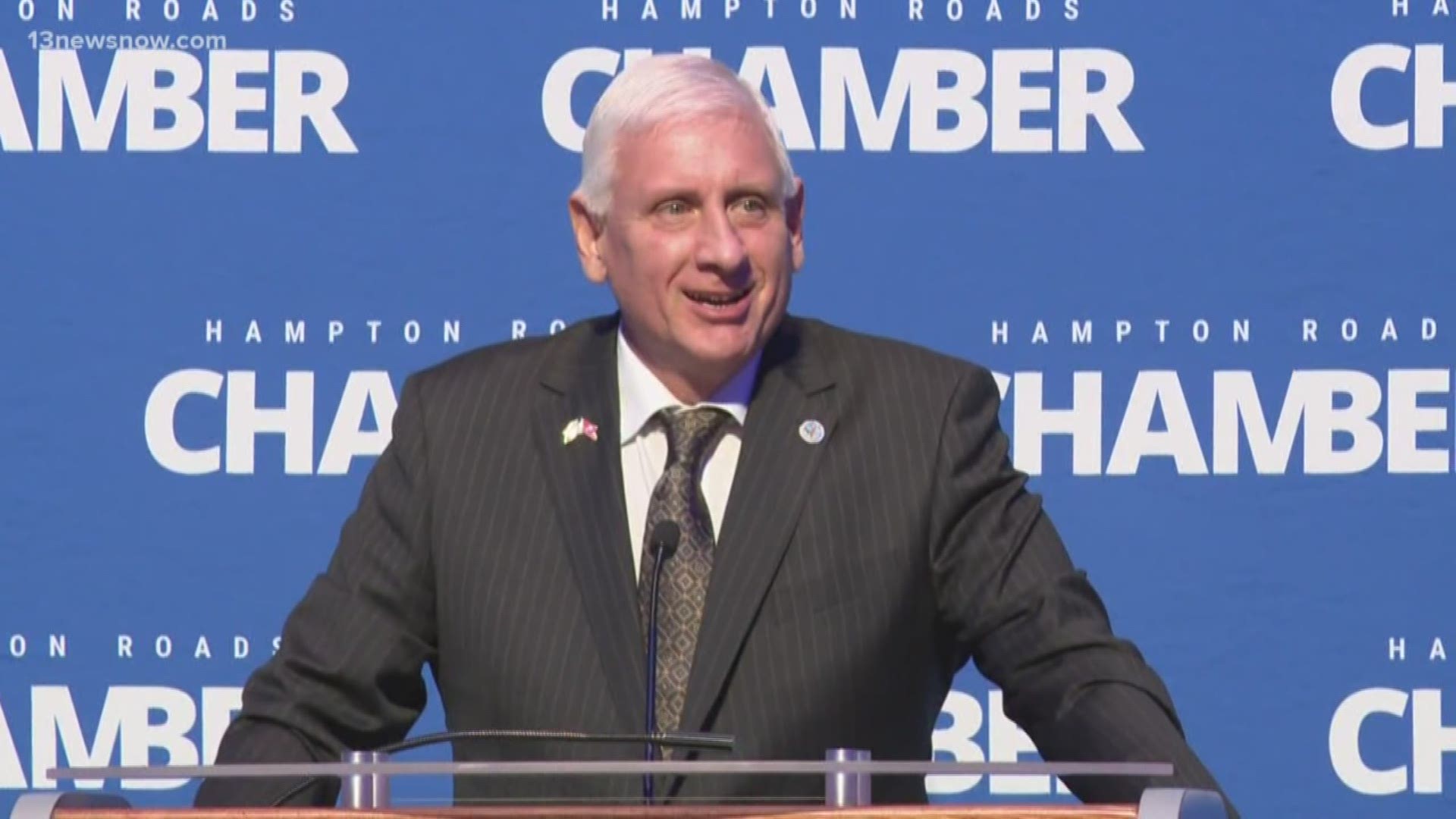 VIRGINIA BEACH, Va. — On Wednesday, mayor Bobby Dyer delivered his second state of the city address. He discussed a variety of topics including the Something in the Water Festival, new businesses coming to town and even the mass shooting.

According to Dyer, in a November citizen satisfaction survey, 93% of respondents said Virginia Beach is a good place to live. Nine in ten are satisfied with city services overall, and nearly eight in ten believe they receive a good value for their tax dollar.

Dyer said it’s nice to be reminded that the overwhelming majority of people are "incredibly happy living here" and there is a tremendous amount of civic pride.

“One thing is clear. Our community is vibrant, beautiful and connected,” Dyer explained.

A second major corporate park, the Virginia Beach Innovation Park, is expected to open later this year in the Landstown area. It will provide an additional 156 acres that are certified as tier 4 site-ready.

“We want to build those types of businesses so that our children have jobs, and that they don’t move to Northern Virginia,” he said.

Ynot Italian, a local chain restaurant, plans to develop its headquarters at the Innovation Park. Dyer also said corporations that produce off-shore wind energy will build at at the Corporate Landing and Landstown Business parks.

“It will bring enough power and more than enough energy to power one million homes,” Dyer explained.

While Dyer talked about the city’s bright future, he also talked about what he calls the worst day: May 31st, 2019.

“Our lives our forever changed," he said. "Fortunately, the strength of Virginia Beach comes from the incredible compassion, commitment that people here showed to those who are hurting and those in need."

Dyer said it will take time to heal, possibly even years. He wants people to know Virginia Beach is welcoming and open for business.

Dyer said the Virginia Beach Sports Center is nearing completion and will open this fall. He expects it to generate about 10 million dollars a year.