Virginia Beach Police Department dances its badges off for #LipSyncChallenge

Virginia Beach is up for the challenge, the lip sync challenge. 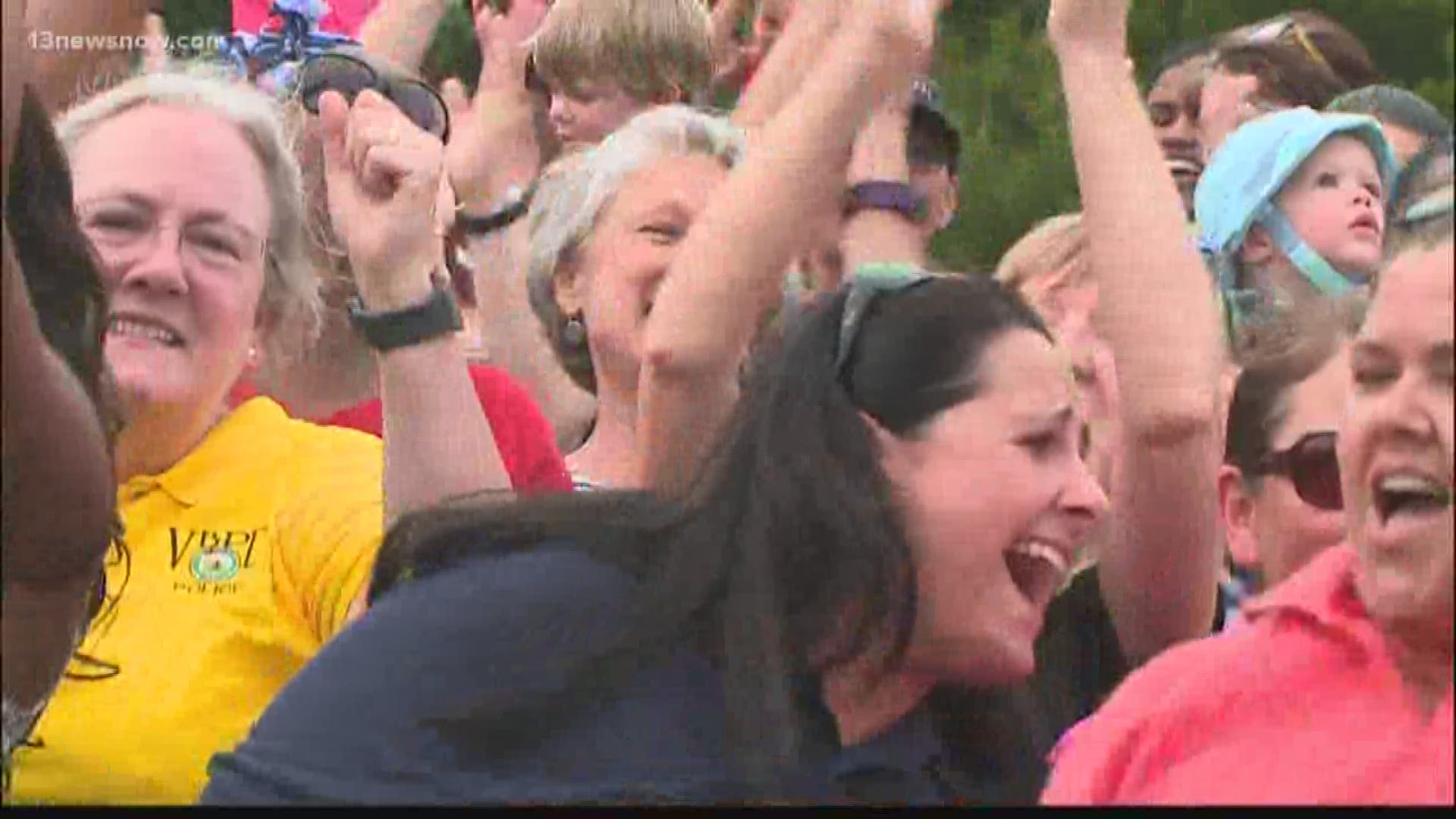 “Everybody thinks the police are heroes and fire are heroes,” said city employee Paula Johnson who thought the song choice was perfectly fitting.

The #LipSyncChallenge started out as a thing in Texas, but now it's across the U.S. Police officers lip-syncing to pop songs, posting the videos to social media and issuing a challenge to the next officer or department.

The city said there is no doubt they are trying to outperform Norfolk Police Department's video that has over 64 million views.

“We have to one-up them, and pull out all the guns that they can to make it better,” said city employee Debbie Bailey.

Virginia Beach wanted to make their rendition extra special by inviting members of their city staff, as well as, the overall community to participate.

“I’m surprised how many people come up to us, and want to take photographs, want to high five with us, want to give us a hug, and it feels really good,” said Tanya Pierce with the Virginia Beach Police Department.

Some members of law enforcement brought their families. They say officers like to have fun just like everyone else.

“They are everyday people, they have families, they have a great sense of humor, they love what they do, and I think this really puts it out there,” said Rachael Jones who is married to a member of enforcement.

The lip sync challenge video is scheduled to be released “soon,” according to police.