After a week back in classrooms, Virginia Beach teachers, administrators bracing for school year 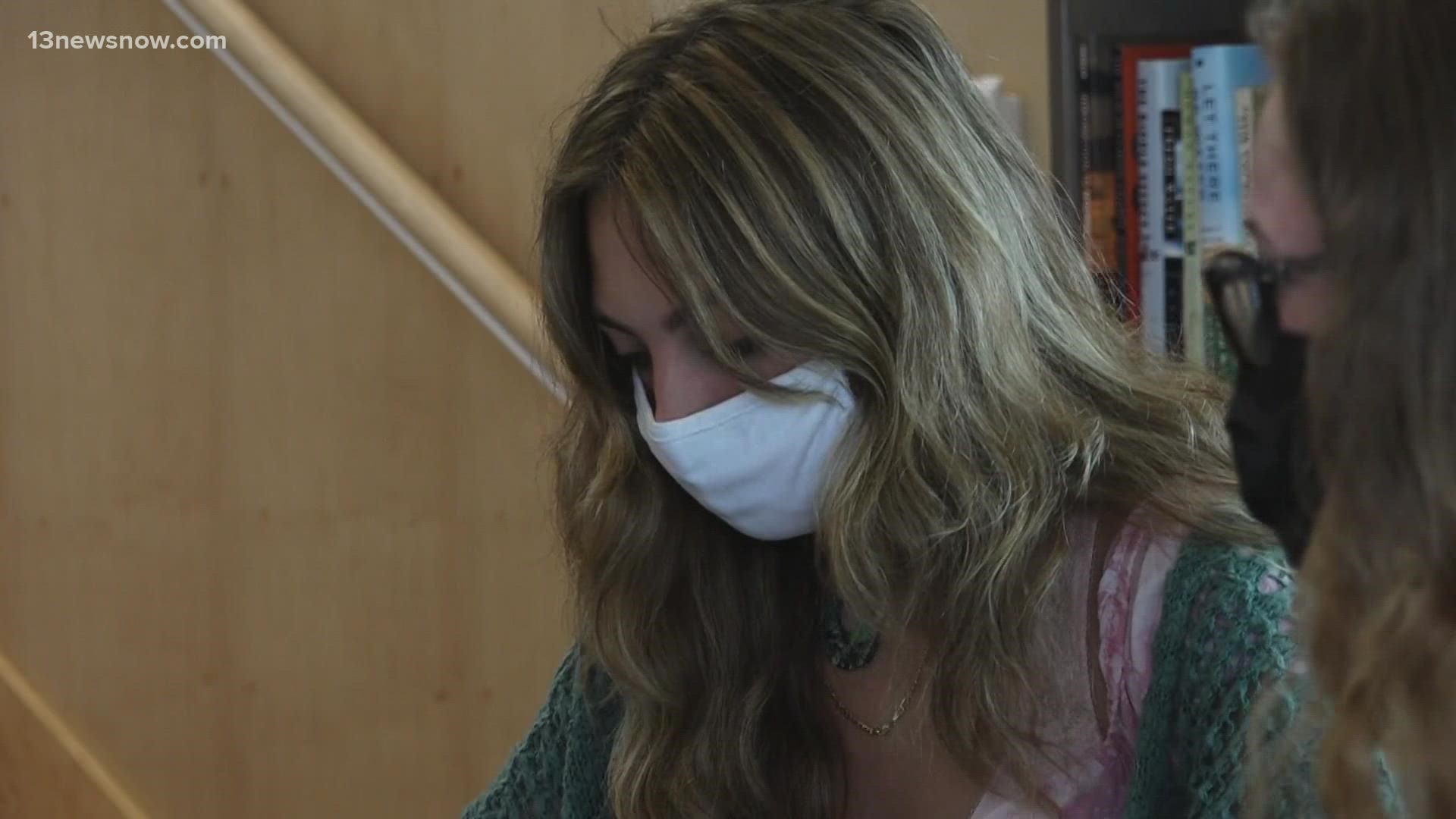 Almost a week has passed since 65,000 Virginia Beach students went back to the classroom.

He said most of their COVID-19 cases are coming from other places and so far, they’ve maintained a low rate of transmission inside their buildings.

"Obviously, we’re in our first week of school. We’re anticipating those numbers will likely go up," he said.

He said keeping schools open is the division's biggest challenge and number one priority.

But by mid-September, they weren’t sure what it would take to shut down again and Spence said they would evaluate on a case-by-case basis.

"We’re also contingency planning for a scenario where an entire classroom may have to close or a school may have to close, and in those scenarios, we would switch over to virtual learning very quickly."

RELATED: Yes, there are treatments for children with COVID-19

While keeping a close eye on COVID-19 mitigation strategies, they’re also making sure their teachers are okay.

Maintaining CDC mitigation strategies, making sure everyone has their masks on and having a plan for any possible return to virtual learning is something many teachers never thought they would have to do.

However, Spence said they were able to get rid of what many thought was the biggest burden.

"We made a commitment to our board and teachers that we would mostly eliminate concurrent instruction," he said. "So, that’s that hybrid instruction where teachers were asked to teach students who are sitting at home and students who were sitting in their classroom at the same time. That, last year, seemed to be the thing that really was the giant stressor for our teachers."

Spence said he hopes things will be better for them this year.

"I think, too, that the fact that we’ve been through this before, it’s not an unknown quite as much as it was and so, I think our teachers are a little bit more comfortable with the environment that we’re working in."

Spence also said they haven’t had any problems with people not wearing their masks. He said they have very few people with religious or medical exemptions.

On top of keeping track of their COVID-19 data, Virginia Beach Public Schools is still dealing with a bus driver shortage.

Spence said the division is down 128 drivers from this time last year.

"We’ve got to come up with some creative solutions to this. We have dramatically increased our pay over the last several years for our bus drivers," he said. "That does not seem to be the issue."

Right now, 40% of their bus routes are running 20 minutes late or more.

He said they’ve even brought up the idea of bringing in the National Guard to help with transportation.

"I had an initial conversation with some folks at the state level just to see if that would even float, so I haven’t heard back anything about that."

Another conversation Spence said he's having at the state level is vaccine mandates for school employees.

He said they haven't discussed the issue as a school board, but on a phone call with Virginia Superintendent James Lane, he said it sounds like a mandate could come down from the federal level.

"He did share that the Biden administration's vaccine plan that applies right now to federal workers and is being pushed through the Department of Labor and Industry for businesses over 100 employees, apparently may apply to K-12 employees in states where the states operate under a statewide OSHA plan," he explained. "Virginia is one of those states, so it does appear that that may end up coming down from the federal government."

He said they haven't gotten any guidance or regulations yet, so he doesn't want to make any assumptions at this point.

As we've reported before, the 2020-2021 school year was difficult for students in many different ways, especially in progressing their education.

Spence said they will soon start assessing where students stand academically after such a difficult year.

For now, they're focusing on welcoming students back to the classroom.

"I will say our emphasis for the opening of school has been to focus on the kids and on getting to know them and building routines and structures and recreating those classroom communities," Spence said.

Even as they work through all the challenges this school year brings, Spence said they’re just happy to have 65,000 students and 7,000 staff members back in their classrooms.

"We are going to make sure that your trajectory remains positive and that you are successful in achieving here in Virginia Beach."