Jeff Di Fulgo heads to the Shepherd Center in Atlanta for recovery after diving into a sandbar. His ultimate goal is to walk and stand again. 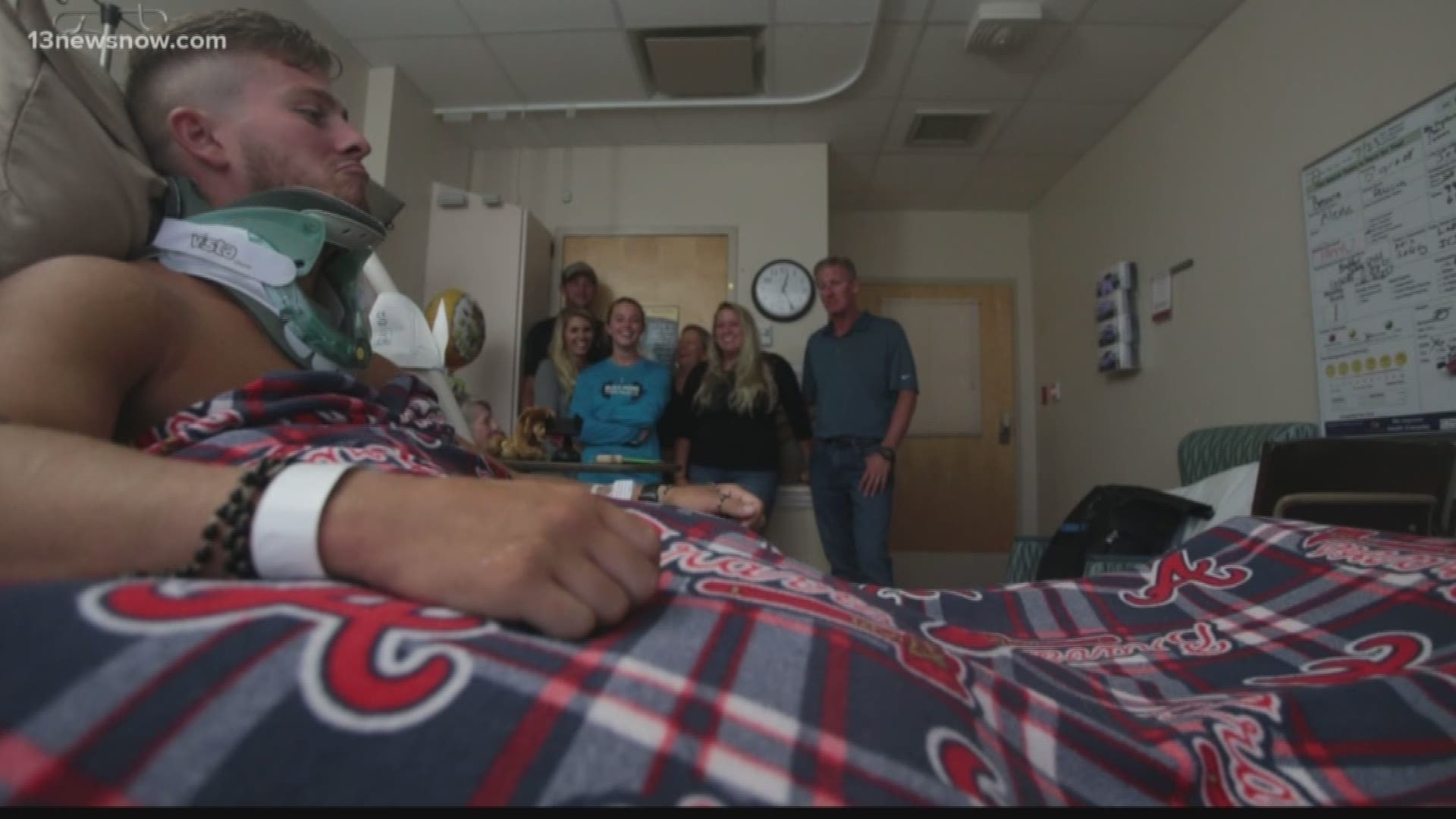 VIRGINIA BEACH, Va (WVEC) — Within each hour that passes, Jeff Di Fulgo seems to have a constant crowd of people coming into his hospital room.

Some drop off cards, balloons, and food as he sits in a bed.

"I'll take whatever support I can get," Di Fulgo said.

For more than a week, his family has been helping him recover by feeding him and handing him a sip of water here and there. He looked determined, but the unknown is tough not to think about.

"Obviously, I've never been in the hospital,” he said. “You don't know what to expect, so that's kind of the process right now... ’What's every day going to look like?’"

The memory of the accident two weekends ago is still fresh in his mind. What was originally planned as a fun day at Croatan Beach with his girlfriend turned tragic after he accidentally dove into a sandbar.

"I went in, I thought I judged it pretty good,” he said. "I was probably 30, 45 seconds underwater trying to get help... scream help because I didn't have any motion at that time in my arms."

The accident paralyzed him from the chest down. Jeff can still move his arms and has some movement in his is hands, but it’s still hard to grip objects.

His ultimate goal is to walk and stand again, just like he has helped so many others accomplish. One of the first people who comes to mind is one of his best friends, Willie, who 13News Now originally featured.

"Right now, I think we're both confused on how to handle our relationship because we're kind of similar right now,” he said. "I just know that I've always never wanted [my clients] to give up, so there's absolutely no way that I am going to give up."

Jeff heads to the Shepherd Center in Atlanta for to carry on rehab on Tuesday.

The family has set up a local fund for people to drop off donations. Any TowneBank is accepting checks. The family asks that donors write to “Jeffrey Di Fulgo Fund” on the check.