Attorney General Mark Herring says cuts to the postal service could endanger your vote. Mail carriers say they're working long days, even with cuts to overtime. 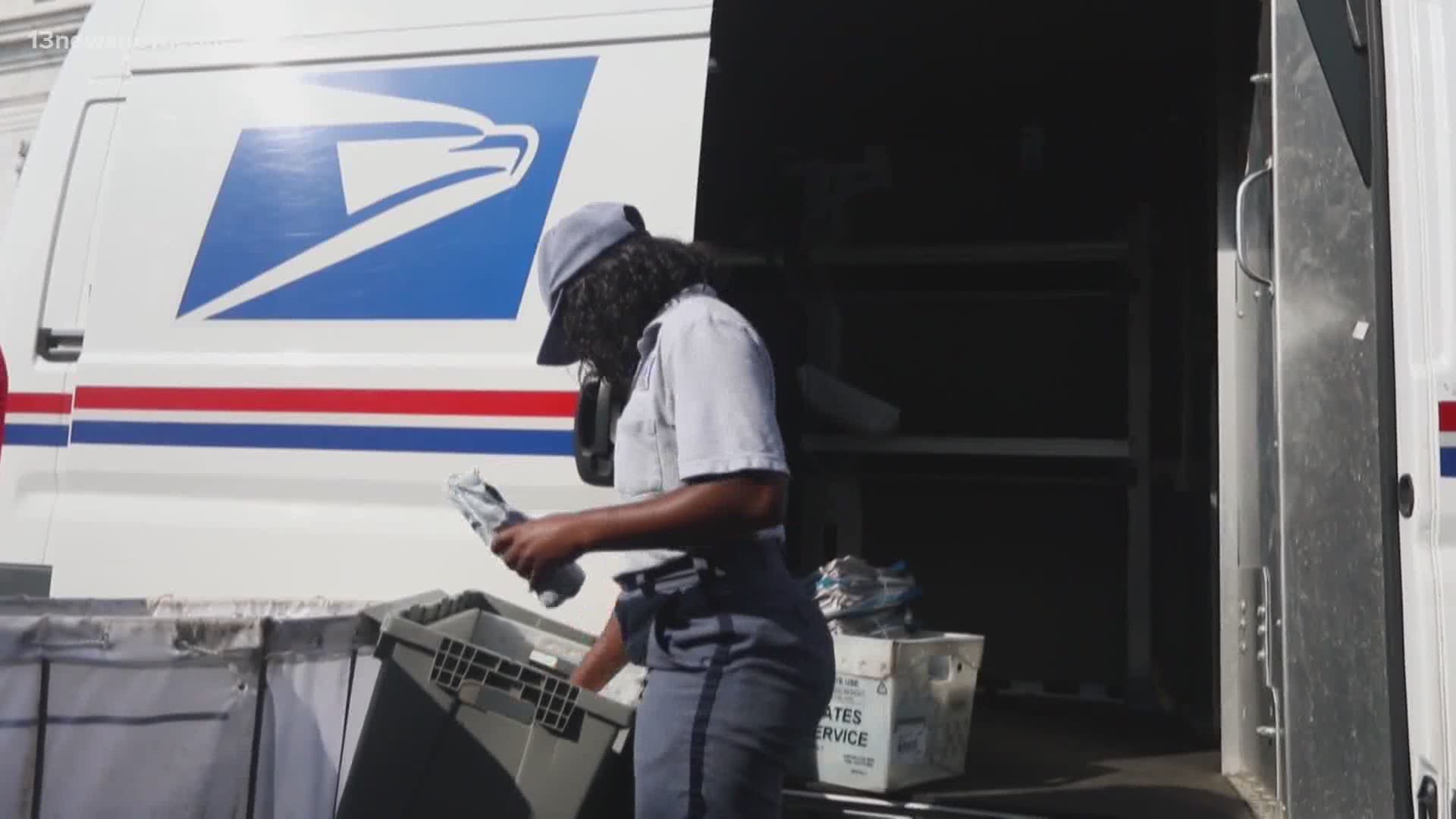 NORFOLK, Va. — The United States Postal Service is the latest focus in the political battle over mail-in voting, with elected Virginia leaders joining lawsuits and promoting new legislation to extend USPS funding ahead of the November election.

In Hampton Roads, mail carriers said they are working long days amid cost-cutting moves by the USPS, including cuts to overtime.

Attorney General Mark Herring said he's hearing from many Virginians that they're very concerned about what's happening to the postal system.

Herring is suing the Trump administration to block recent cuts to the postal service. He also sent a letter to USPS representatives Wednesday, asking for a breakdown of cuts to mail equipment and staff at Virginia facilities.

The U.S. House of Representatives will review legislation Saturday to provide $25 billion to the USPS to prevent future cuts and ensure same-day processing of mail-in ballots before the November election.

President Trump said he doesn't support this funding because it will help the postal service process mail-in ballots, which he believes to be fraudulent. There's no proof that mail-in voting leads to widespread fraud.

“[President Trump] made it clear last week that he was threatening to withhold funding for the postal service in order to disrupt it and make it harder for Americans to vote," Herring said. "That’s wrong, that’s despicable and I’m not going to stand for it.”

The USPS posted Friday that delivering election mail is its "number one priority" ahead of the November election. It also posted that if every American voted by mail, it would still be less processing than a day's worth of mail throughout the USPS system.

Postmaster Louis Dejoy said the Postal Service will continue to prioritize ballots over other mail in his testimony before a Senate committee Friday.