A new law requires drivers to stop for pedestrians in crosswalks

A new Virginia law takes effect on Wednesday. It requires drivers to stop and allow pedestrians to cross the street. 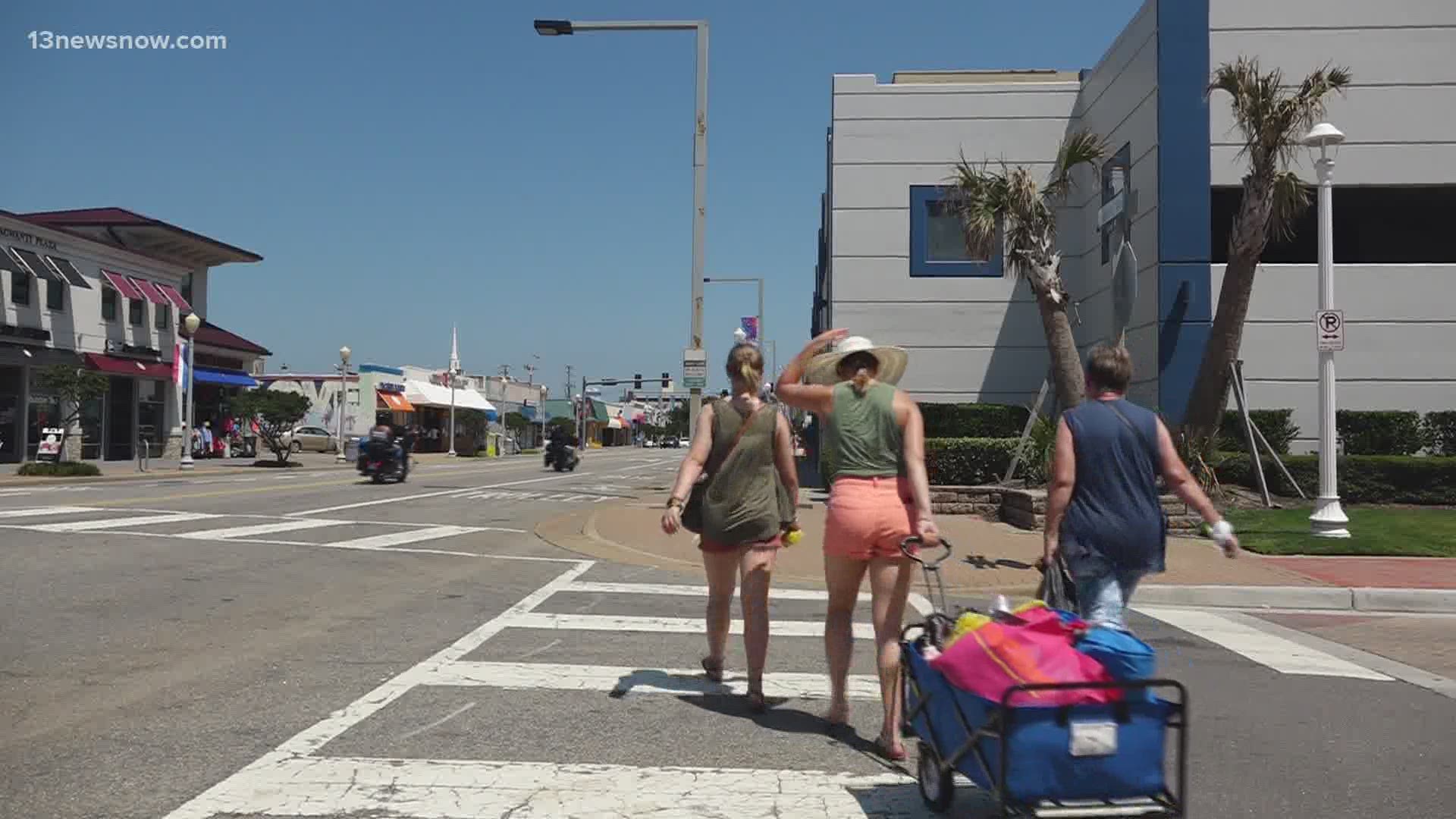 VIRGINIA BEACH, Va. — A new law takes effect starting this week, which will make crossing the road easier and safer for pedestrians.

On Wednesday, July 1, the new law requires drivers to stop and not just yield for pedestrians at crosswalks in all lanes.

“Yeah, you don’t know if the cars are going to stop when you’re about to run,” explained vacationer Charlie Schmitt.

Schmitt said it is a mad dash to the other side of the road. He calls crossing the road complicated at the Virginia Beach Oceanfront.

“We were confused because there was only one light that we saw and we saw people running so we were like do we stay, what do we do?” Schmitt remarked.

The law cites that drivers must stop for pedestrians who are anywhere in a crosswalk. This law applies for any road that’s speed limit is less 35 miles per hour. If drivers break the law, they could face up to a $500 fine.

“It’s probably going to make things safer for pedestrians. It might make things a little slower traffic-wise, but I think it would make it safer,” one vacationer said.

The law before said drivers had to yield the right-of-way to pedestrians, but not everyone followed that rule.

“Often people treated yield sign like they do a yellow light. They try to race through it or they try to hurry up before the pedestrian gets in the crosswalk so this is an opportunity for them to be able to have to stop and give the right of way to the pedestrians who have to stop,” explained VDOT Communications Manager Holly Christopher.

Christopher said the new law will improve safety in heavy pedestrian areas including the Virginia Beach Oceanfront and downtown Norfolk, but she said people still need to pay attention when crossing the street.

“This doesn’t mean that the pedestrians can just dart out into traffic, they have to also obey their pedestrian laws as well," Christopher explained.