A MEAC women's basketball tournament game in Norfolk, Virginia, was the last hoops we will see on television or in person for a while. 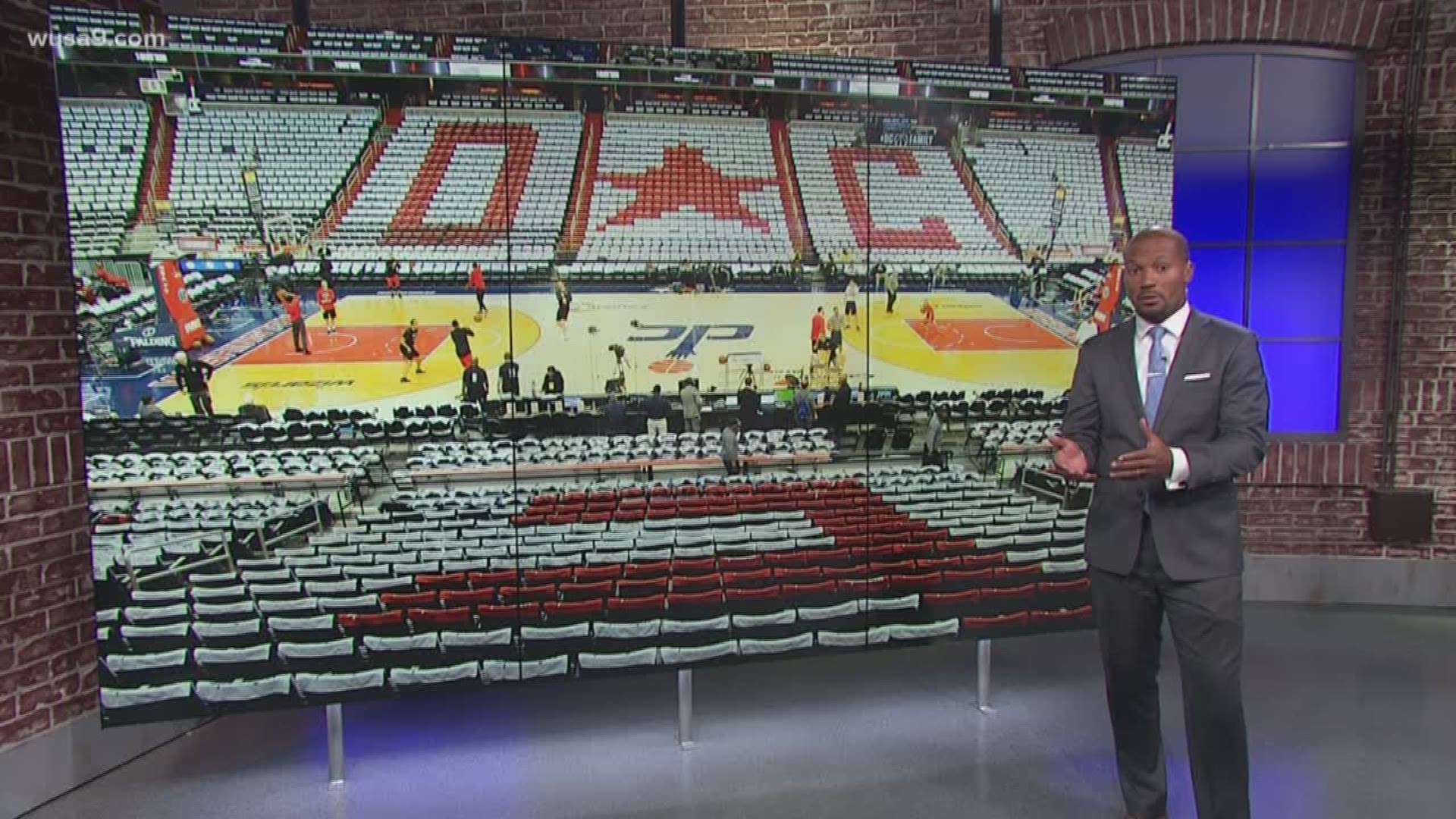 WASHINGTON — With 42 seconds left, Morgan State's Chelsea Mitchell hit a 3-point shot to give the Bears a lead over Delaware State to capture a 64-63 win. It was possibly the last college basketball game of the season.

The coronavirus has now caused the NCAA to cancel the remaining schedules for all its spring and winter sports, with many collegiate athletic conferences across the United States, and universities across the country, also electing not to have their student-athletes participate in games before the announcement was made.

The MEAC stated it was going to continue its postseason tournament earlier Wednesday, but after the NBA postponed its season, and the NCAA followed suit with its cancelations, it put Morgan State and Delaware State is an interesting position the next day.

The news did not faze the players of both teams that evening, who may have not known their season was ending prematurely.

As the game continued in the second half, the Morgan State Bears, who were the higher seed by finishing third in its conference's regular season, saw themselves down by three-points to the sixth-seeded Delaware State Hornets going into the fourth quarter.

The Hornets lead would grow with 8:40 to go, 51-46 over the Bears. But as Morgan State fought back, the score would be tied 61-61 with 51 seconds left. Nine seconds later, Mitchell's 3-pointer would be some of the last points scored in a college basketball game this season.

While notable sporting events have been canceled or postponed nationwide, the sad story for teams and fans across the country should be for the seniors who are left wondering how their career could have ended.

Between Morgan State and Delaware State, there were seven seniors and a graduate student whose college careers ended this week, most likely.

The NCAA had contemplated only have 16 teams compete in the tournament for men's and women's basketball, but the association decided against it.

RELATED: NCAA tried to save March Madness with 16 teams instead of 68, report says