OneVirginia2021 is set to host a town hall in Virginia Beach next week with similar events planned in the future. 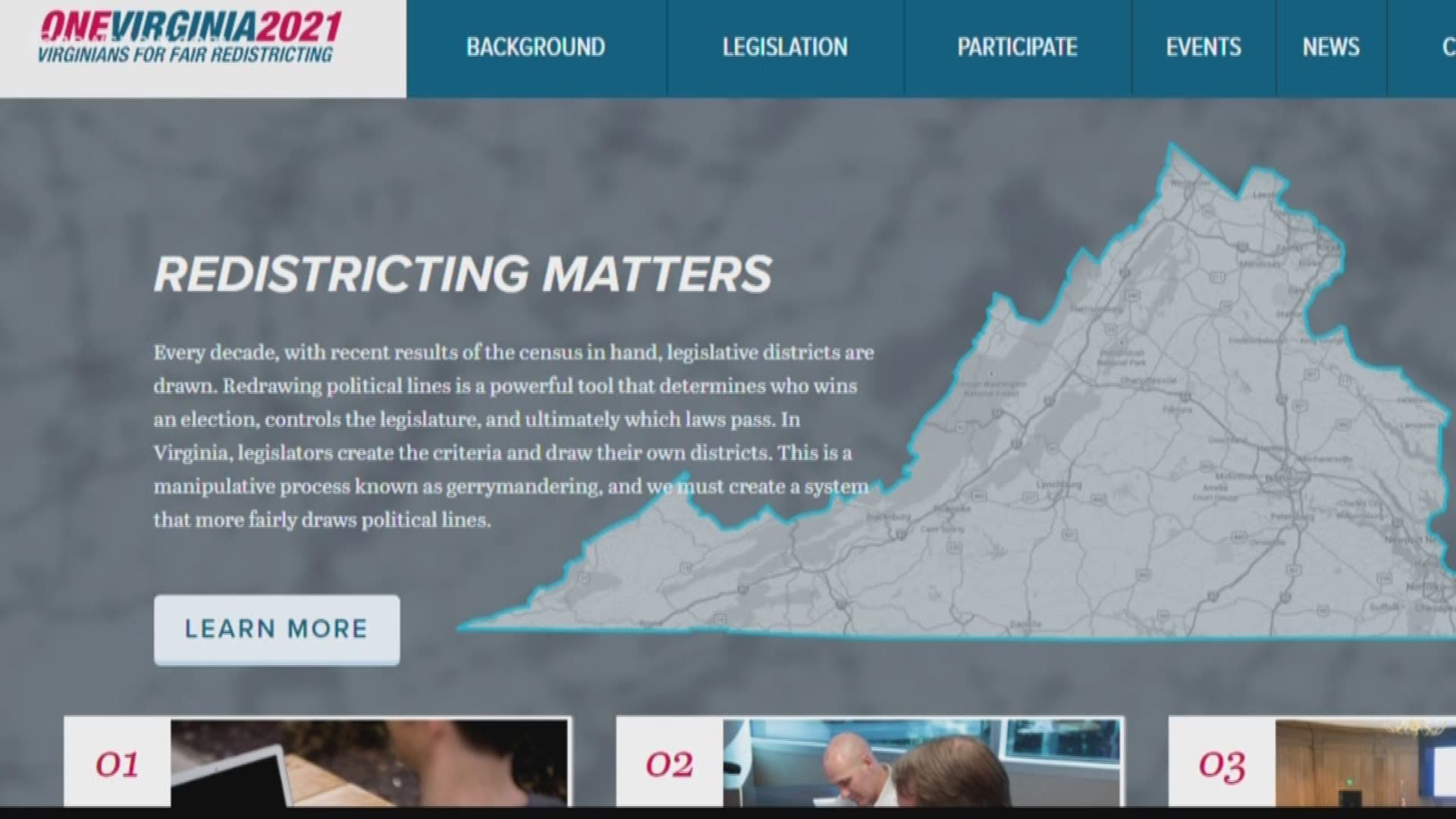 VIRGINIA BEACH, Va. — An advocacy group that wants to overhaul of how Virginia draws its legislative and congressional maps is holding a series of town halls to promote a compromise plan state lawmakers tentatively approved earlier this year.

OneVirginia2021 is set to host a town hall in Virginia Beach next week with similar events planned in the future.

The group is looking to build support for a proposed constitutional amendment to create a new commission empowered to draw legislative and congressional maps during the next redistricting process in 2021. Lawmakers draw the maps themselves under the current practice.

The plan has to be approved by the General Assembly two years in a row and then by voters to take effect.