After investigation, Catholic Diocese of Richmond finds allegations of sexual abuse by priest not credible

The Diocese of Richmond said a lengthy investigation into accusations of child sexual abuse against Fr. Thomas Long found that they were not credible. 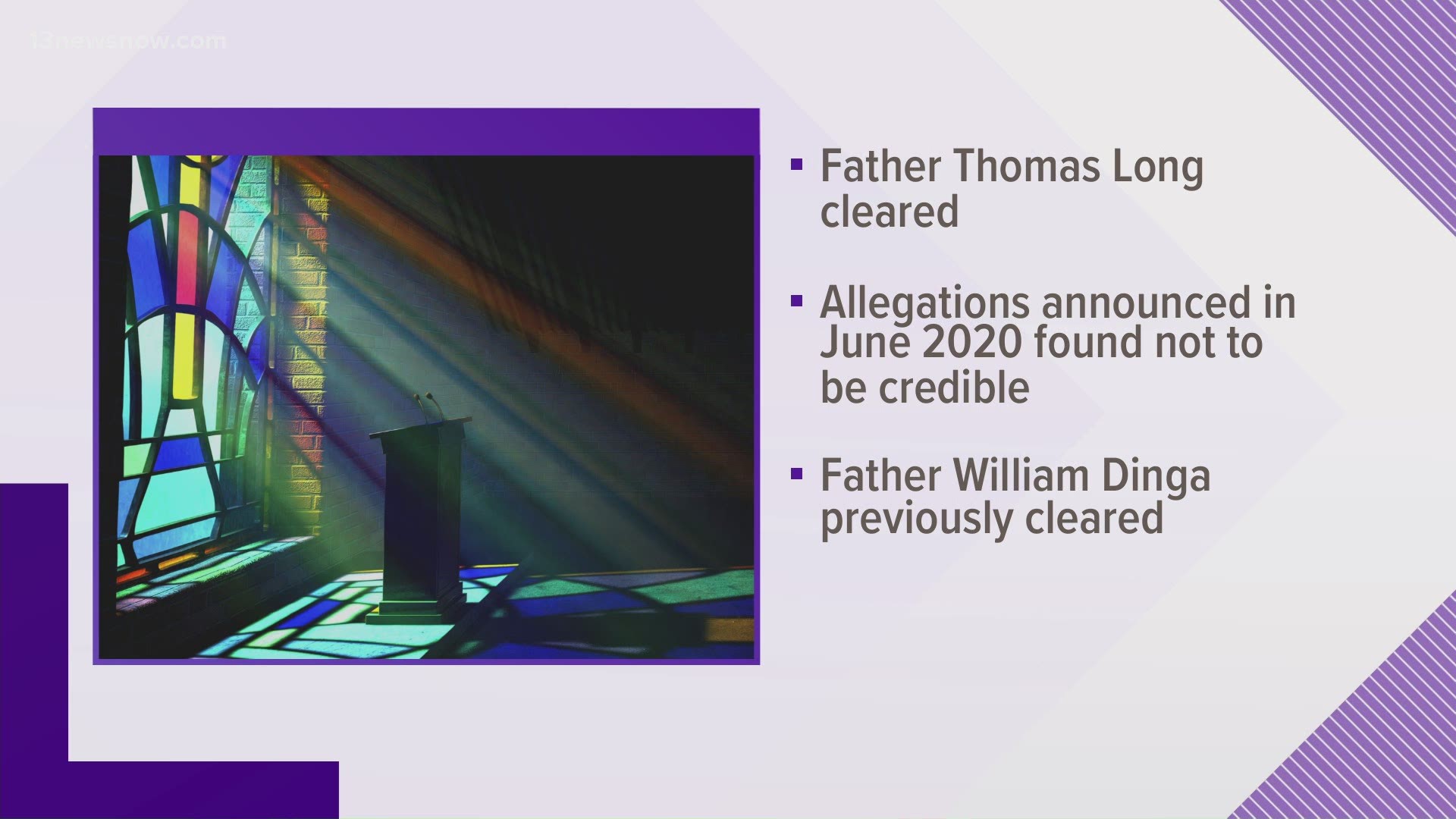 Thursday, the Catholic Diocese of Richmond announced that after an internal investigation, it didn't find the allegations of child sexual abuse against Fr. Thomas Long credible.

The allegations were announced in June, 2020.

Long was a teacher at Christ the King Catholic School in Norfolk in 1986 (when the alleged abuse happened), and took a leave of absence from ministry in 1988. He hasn't worked for the Richmond Diocese since then.

"Following a lengthy investigation by the Diocesan Review Board, Bishop Barry C. Knestout of the Catholic Diocese of Richmond has determined that the allegations of child sexual abuse made against Thomas Long, a former priest of the diocese, are not credible," a release read. "For this reason, Long will not have his name added to the diocesan list of clergy against whom credible and substantiated allegations of child sexual abuse have been made."

The allegations against Long were also reported to "civil authorities."

"Just as the diocese strives to remain transparent when child sexual abuse allegations are brought forward, the diocese will also publicly clear the accused of any wrongdoing when an accused is subjected to unsupported allegations," wrote a spokesperson.

In the initial June announcement, the diocese said it was looking into abuse claims about Long and three other priests: Fr. William Dinga, Jr., Fr. Joseph Slowik and Fr. Eugene Daigle.

In December, the person accusing Dinga recanted the allegations against him. He was restored to his job and church.

The diocese has an Independent Reconciliation Program, which pays settlements to people who were abused by priests when they were children. By October, 2020, it had made offers to 51 survivors, totaling $6.3 million.