KKK propaganda found in Arlington, other parts of Virginia

KKK posters and flyers have been seen in different parts of Virginia over the last week. 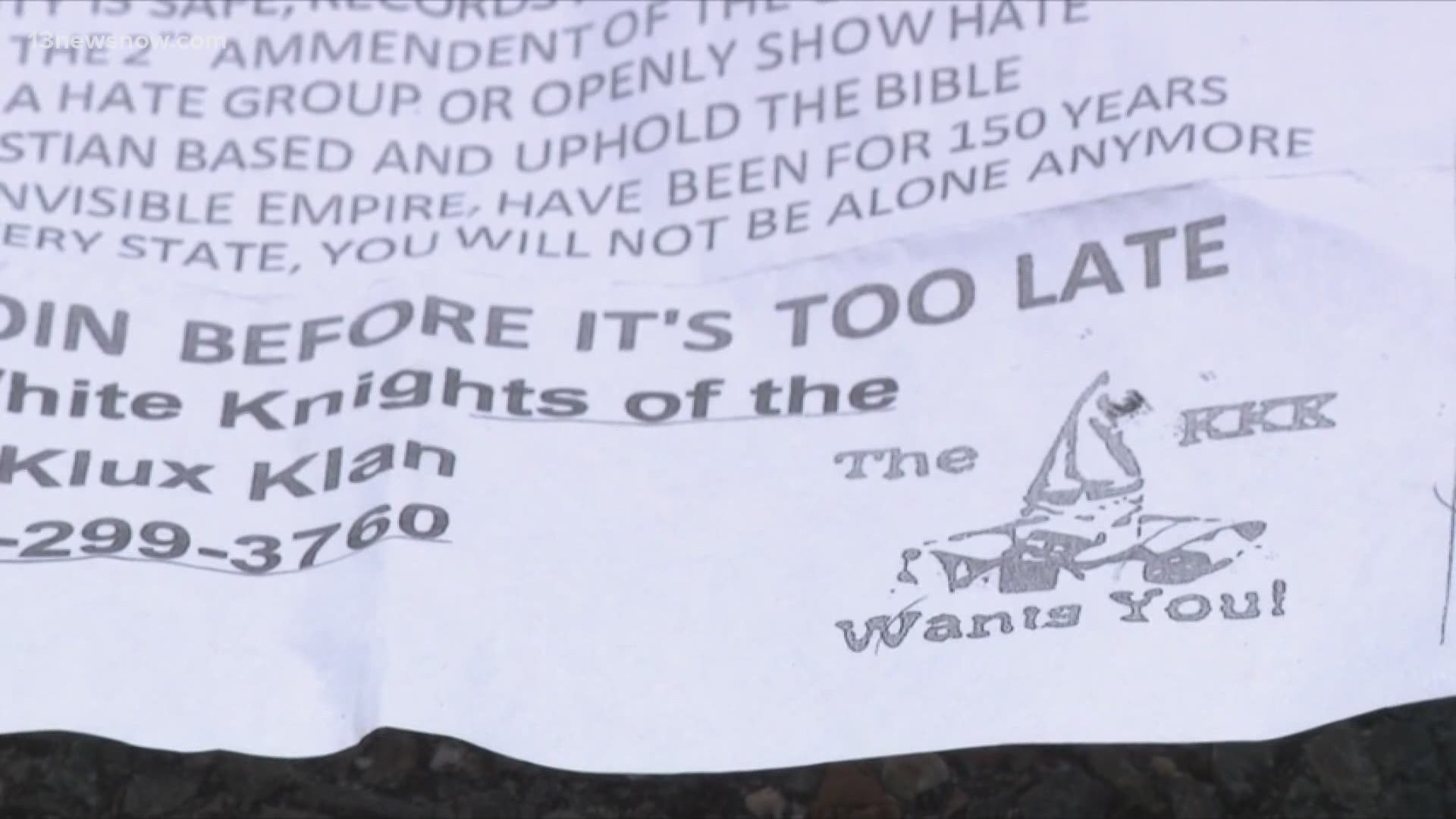 WASHINGTON — This week, KKK propaganda has been seen in Gloucester and Arlington, Virginia. It comes amid social justice protests, and some of the materials have mentioned Black Lives Matter.

Flyers asking people to join the KKK are popping up in neighborhoods in Gloucester. Many found them in the front yards Monday morning, according to our sister station WVEC.

It says about Black Lives Matter:

“(Black Lives Matter) are killing white people and police officers in the name of justice for the killing of N*$@%’s by policemen in the line of duty. These N*$@%’s were not innocent, they were thugs breaking the law, and standing up against police.”

Credit: WVEC
KKK posters and flyers have been seen in different parts of Virginia over the last week.

In Arlington, KKK stickers have been seen in multiple places across the city since the start of July. So far, there have been four reports of stickers found on the back of traffic signs and lights, and some trees in the city, according to the Arlington Police Department.

Not only are the local police departments in Arlington and Gloucester County involved in the investigations for this KKK propaganda, but so is the Virginia State Police.

Major Ryan Cookson with the Gloucester County Sheriff's Office said they have forwarded the flyers to the Virginia State Police Fusion center for further investigation.

The Virginia Fusion Center was created as a partnership between the Virginia State Police and Virginia Department of Emergency Management to improve the Commonwealth of Virginia’s preparedness against terrorist attacks and to deter criminal activity.

Police in Arlington also wants its community to help catch those putting up the stickers seen across the city in July.

"Residents in the area are encouraged to check their home surveillance systems for any recordings that may assist the investigation," said the Arlington Police Department in its statement.