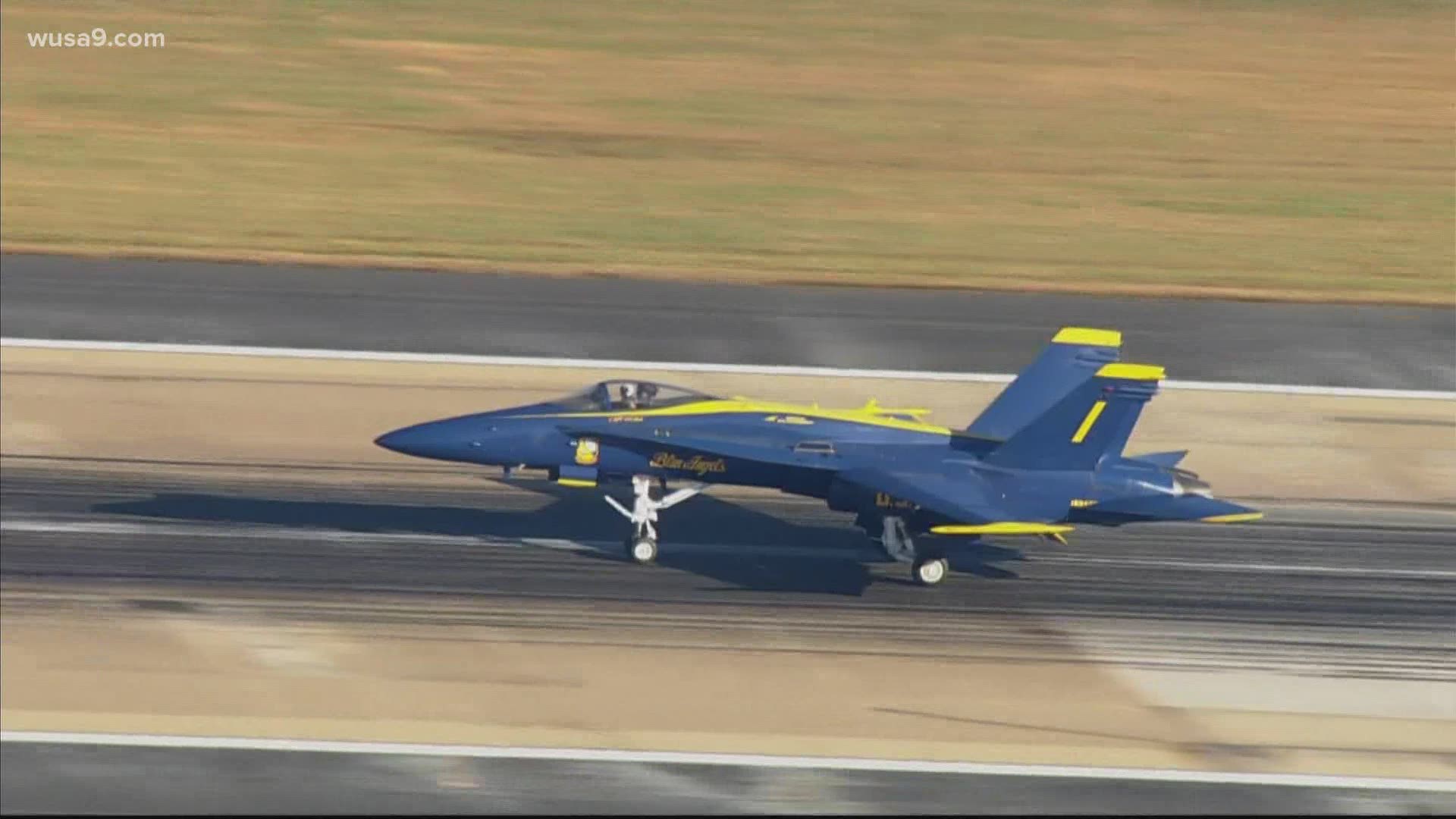 The plane was one of the first C models built, delivered to the U.S. Navy in 1987. The legacy Hornets -- the A/B/C/D models -- were retired at the end of the 2020 season in favor of the considerably larger Super Hornet -- the E and F models, according to a release.

The F/A-18C flew into Dulles Airport on Wednesday afternoon, later taking a taxi to the Udvar-Hazy Center.

"Look who just stopped by...to stay! An hour ago, this Blue Angels' F/A-18C Hornet landed at Dulles Airport and taxied over to the Udvar-Hazy Center where it will go on display soon," the National Air and Space Museum wrote on Twitter.

Something cool flying in to join our collection... #BlueAngels pic.twitter.com/9nSg968quZ

To protect the health of visitors, staff, and animals, new safety measures based on guidance from the CDC and other health officials will include:

Detailed information for visitors is available on the National Air and Space Museum’s website.