James City County police officers said some boys got into a brawl at Apollo's Chariot. Some girls were in a fight in the France parking lot. 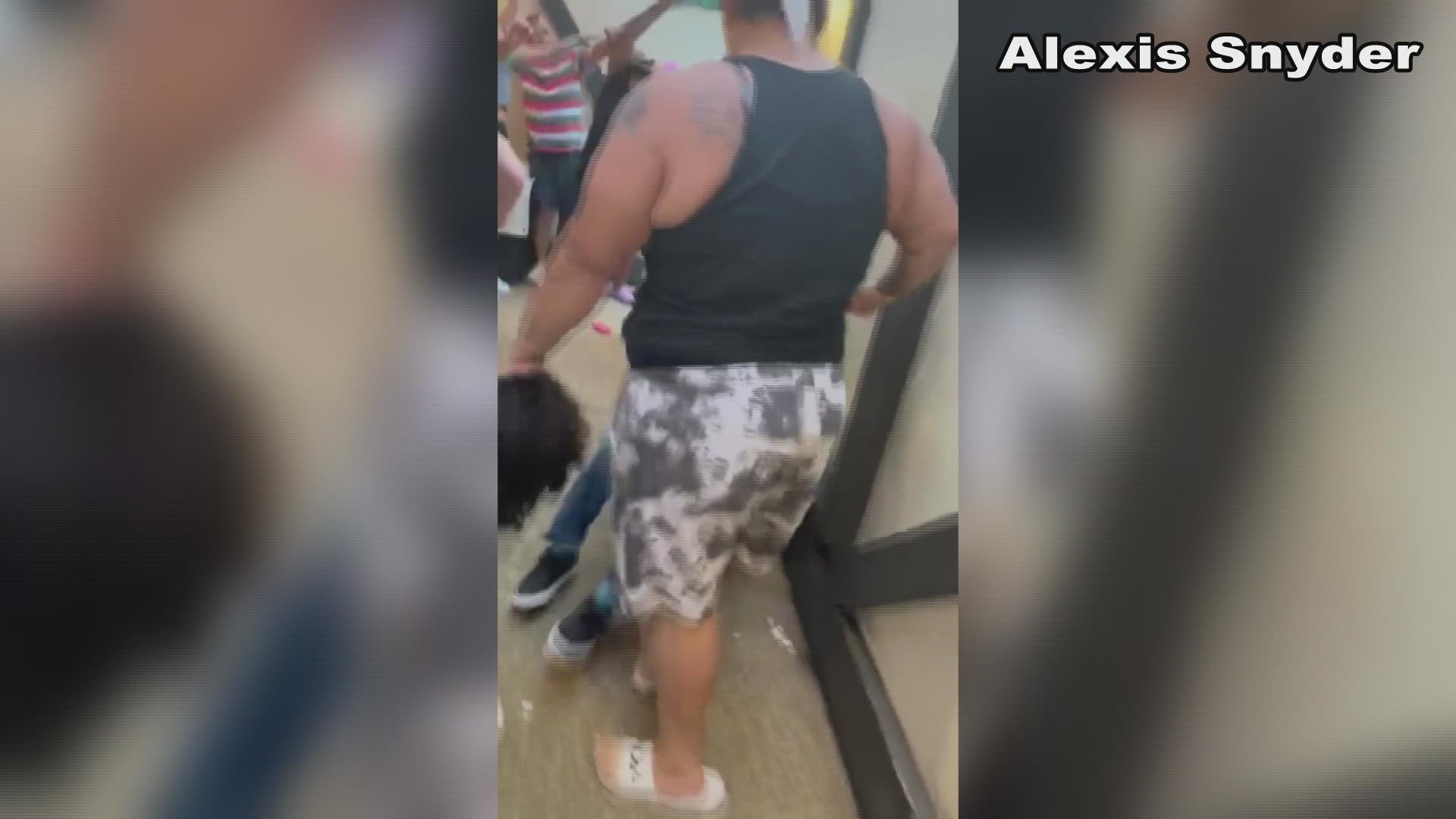 JAMES CITY COUNTY, Va. — Editor's Note: The above video shows a fight at Griffon that took place in August 2021. Police said they were looking for the people responsible for the fight. In the cases from Sept. 11 of this year, they did not identify anyone wanted for a crime.

The park also said it would increase security throughout Howl-O-Scream as a result of the fighting.

A spokeswoman for the James City County Police Department said it received a call about the fight involving the girls around 10:50 p.m. on Sept. 11. Officers went to the parking lot in the France section of the theme park where they determined that two groups had gotten into it and gotten physical with each other. That fight, the second one of the night, was related to one that involved two groups of boys.

BGWFans.com tweeted about the earlier fight after someone posted video of the brawl on Facebook. That fight took place at Apollo's Chariot which is located in a different area of the park. The video lasts for almost a minute and shows a number of people mixing it up as other people who are in line for the ride watch from a slight distance.

The James City County Police Department said it couldn't identify any victims of a crime or people responsible for any crime. A spokeswoman for the department added that Busch Gardens security officers banned several people from the park.

In August, there was a fight at Busch Gardens Williamsburg that left three people hurt. In that case, it took place in the queue for Griffon. Video of the fight made it onto several platforms, and James City County police released still images of the three women they said were responsible for hurting the other people.

After the fights on Sept. 11, a number of people tweeted about their concerns about the recent outbursts at Busch Gardens Williamsburg and the visibility of security in the park.

We've been saying all summer that crowds have been uncharacteristically rowdy and that BGW seems unequipped to deal them. The FL Halloween events were FLOODED with uniformed security, but you could easily walk through large areas of BGW last night never seeing security personnel.

We reached out to a spokesman for Busch Gardens Williamsburg for comment and to allow the park to address the concerns people had expressed.

The safety of our guests and employees is always our top priority and we do not tolerate this type of behavior in our park. Our security team closely collaborated with local authorities on this incident. Additionally, we are increasing the presence and visibility of security throughout Howl-O-Scream.