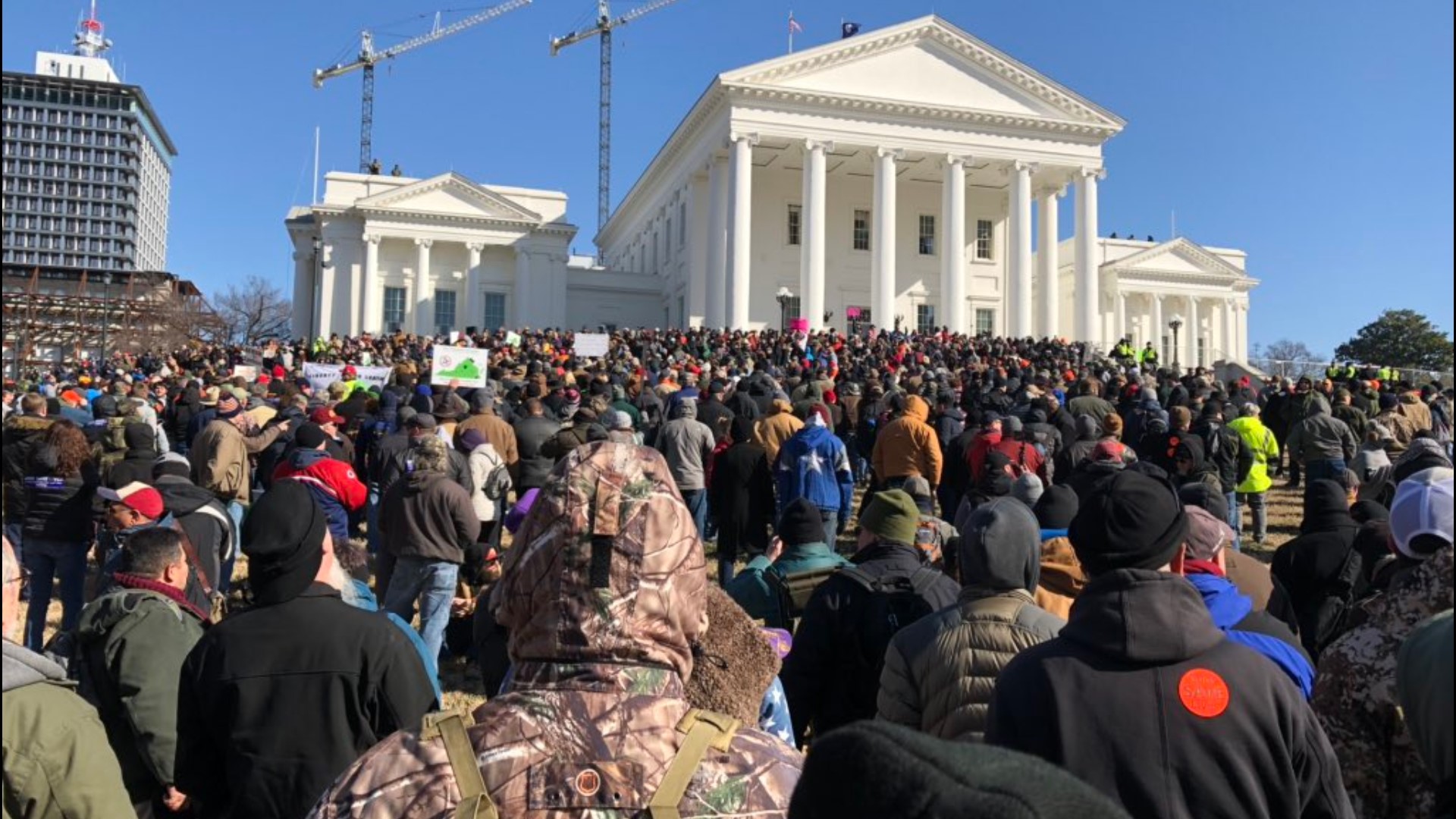 NEWPORT NEWS, Va. — A Christopher Newport University poll shows that there's overwhelming voter support for universal background checks and a red-flag law, with a slight majority in favor of a ban on assault-style weapons.

The poll of registered voters was released December 16, 2019, by the Wason Center for Public Policy. The survey was part of the Wason Center’s annual State of the Commonwealth voter survey on issues before the Virginia legislature.

“Gun control opponents had a very strong turnout for Monday’s rally, but the majority of voters want the General Assembly to pass some gun restrictions,” Wason Center Director Quentin Kidd said in a press release. “And it’s not just urban and suburban voters. You don’t get those overwhelming majorities without support in rural Virginia, too.”

The poll results are based on 901 interviews of registers Virginia voters. Of the sample, 31 percent of voters were Republican, 34 percent were Democrat, 30 percent identified as Independent and 5 percent either had no preference, another party or didn't know.

The study claims that 86 percent of Virginian voters back requiring background checks on all gun sales versus only 13 percent against it. A majority of 73 percent supported "red-flag" laws and 54 percent supported banning assault-style weapons.

"Red-flag" laws would allow family members or law enforcement to petition a judge to temporarily remove guns from a person who is seen to be a risk to themselves or others.

Gun control and gun rights became a hot topic after Democrats took the majority in the commonwealth following November’s election for the first time in 26 years.

Senate Bill 35 would give the power to local jurisdictions to prohibit guns in any form from a public space during an event.

Senate Bill 70 would require a background check for any firearm transfer. Without one, the seller could be found guilty of a felony. There are exemptions to this bill, including but not limited to if you transfer a gun between family members or a land trust, if it’s an antique, or if it’s at a shooting range and you let somebody use it.

Senate Bill 69 would limit handgun purchases. Prohibiting anyone who’s not a legal firearm dealer from buying more than one gun within 30 days. Again, there are exemptions including if you’re in law enforcement or security if you’ve had someone steal your gun, if you’ve purchased the gun from a private sale, or if it is an antique.