A judge said that Gavin Grimm, who was a transgender student at Gloucester High School, should not have been barred from boys' restrooms and forced to use a separate bathroom. 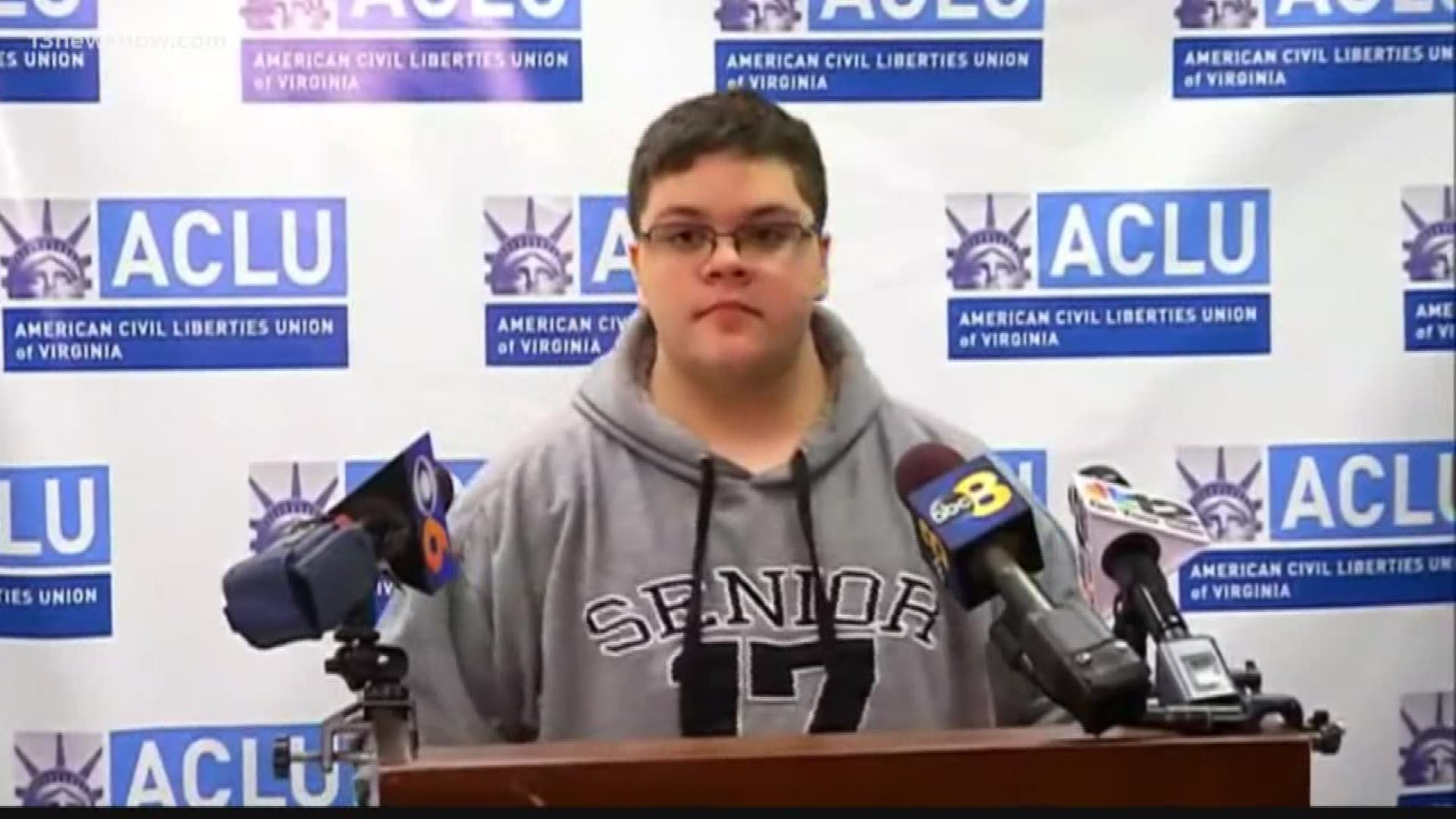 NEWPORT NEWS, Va. (WVEC) -- A federal judge said Tuesday that a transgender student at Gloucester High School should not have been forced to use a bathroom separate from the boys' restrooms which he wanted to use.

The student was Gavin Grimm who graduated from the high school last year.

In 2014, the Gloucester County School Board told Grimm he could not use the boys' restrooms at the school and would have to use a separate bathroom. Grimm was born a girl, but he identifies as male.

The case went to the U.S. Supreme Court where the justices declined to hear it. They sent it back to the 4th Circuit Court of Appeals in 2017 which then kicked it back down to the district court. The school board asked the court to dismiss the case, a motion which Wright Allen denied as she sided with Grimm:

The Court concludes that, as pled by Mr. Grimm, the policy at issue was not substantially

related to protecting other students' privacy rights...There were many other ways to protect privacy interests in a non-discriminatory and more effective manner than barring Mr. Grimm from using the boys' restrooms.”

Wright Allen directed attorneys for Grimm and the Gloucester County School Board to set up a settlement conference. The parties had 30 days from Tuesday (May 22) to do that.

The School Board is aware of the District Court’s decision denying the motion to dismiss Plaintiff’s Amended Complaint. The School Board continues to believe that its resolution of this complex matter fully considered the interests of all students and parents in the Gloucester County school system.