The attorneys general in the three states that ratified the Equal Rights Amendment long after a deadline set by Congress expired are suing for recognition. 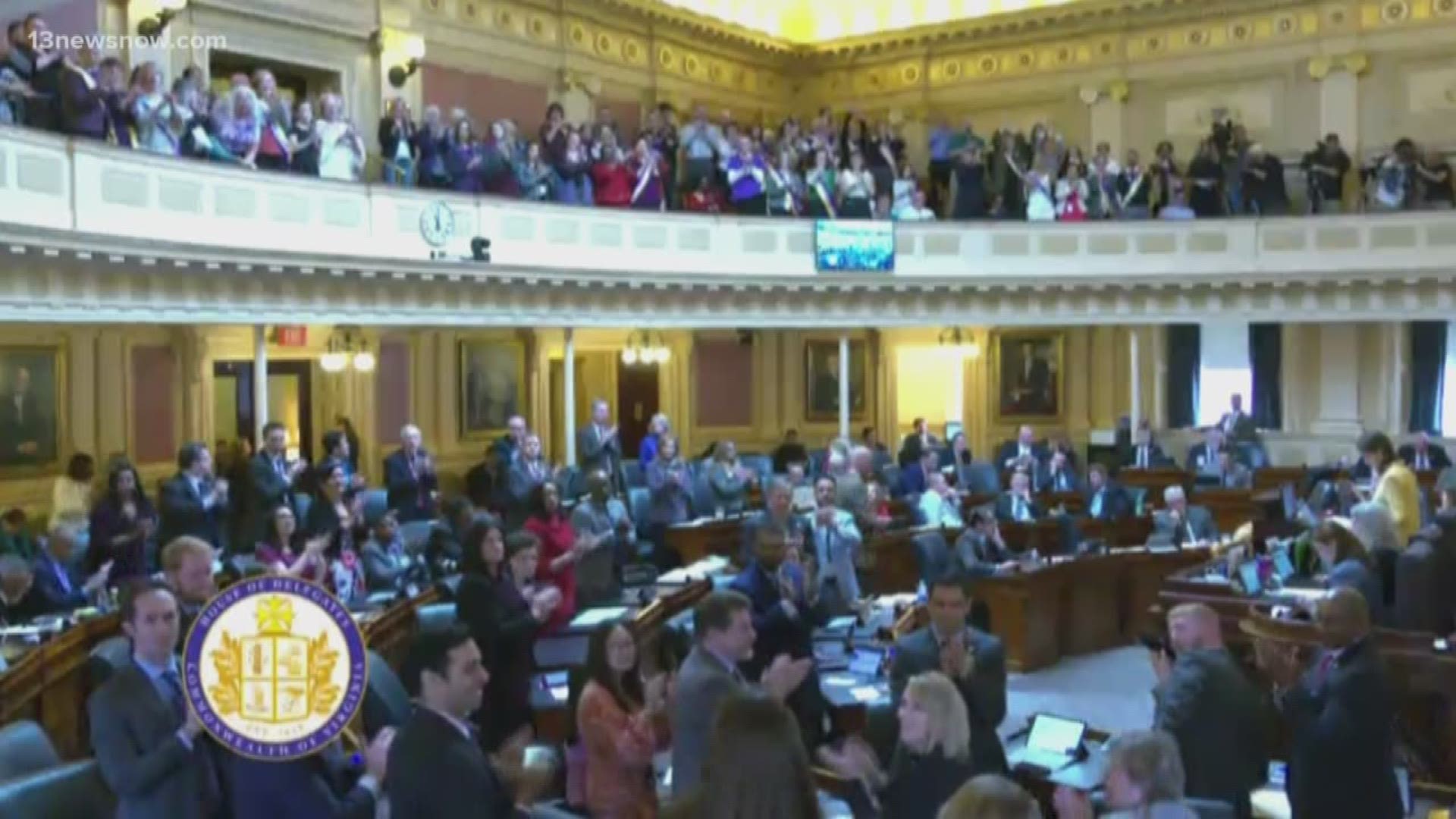 RICHMOND, Va. — Three Democratic state attorneys general are suing a U.S. government official seeking to force him to recognize Virginia's vote this week to ratify the Equal Rights Amendment and certify the measure as part of the Constitution.

The lawsuit filed Thursday against the archivist of the United States comes after the National Archives and Records Administration said this week that the archivist would "take no action to certify the adoption of the Equal Rights Amendment."

The proposed amendment would prohibit discrimination based on sex. The attorneys general argue U.S. laws do not give the archivist the power to decide whether to certify an amendment.

Virginia earlier in the week became the critical 38th state to ratify the measure.

Exactly 40 years ago, the ERA met a very different fate in the Virginia General Assembly: