The pelican in distress was rescued by Coast Guard personnel and a wildlife rehabilitation specialist. The pelican is recovering after a brief surgical procedure. 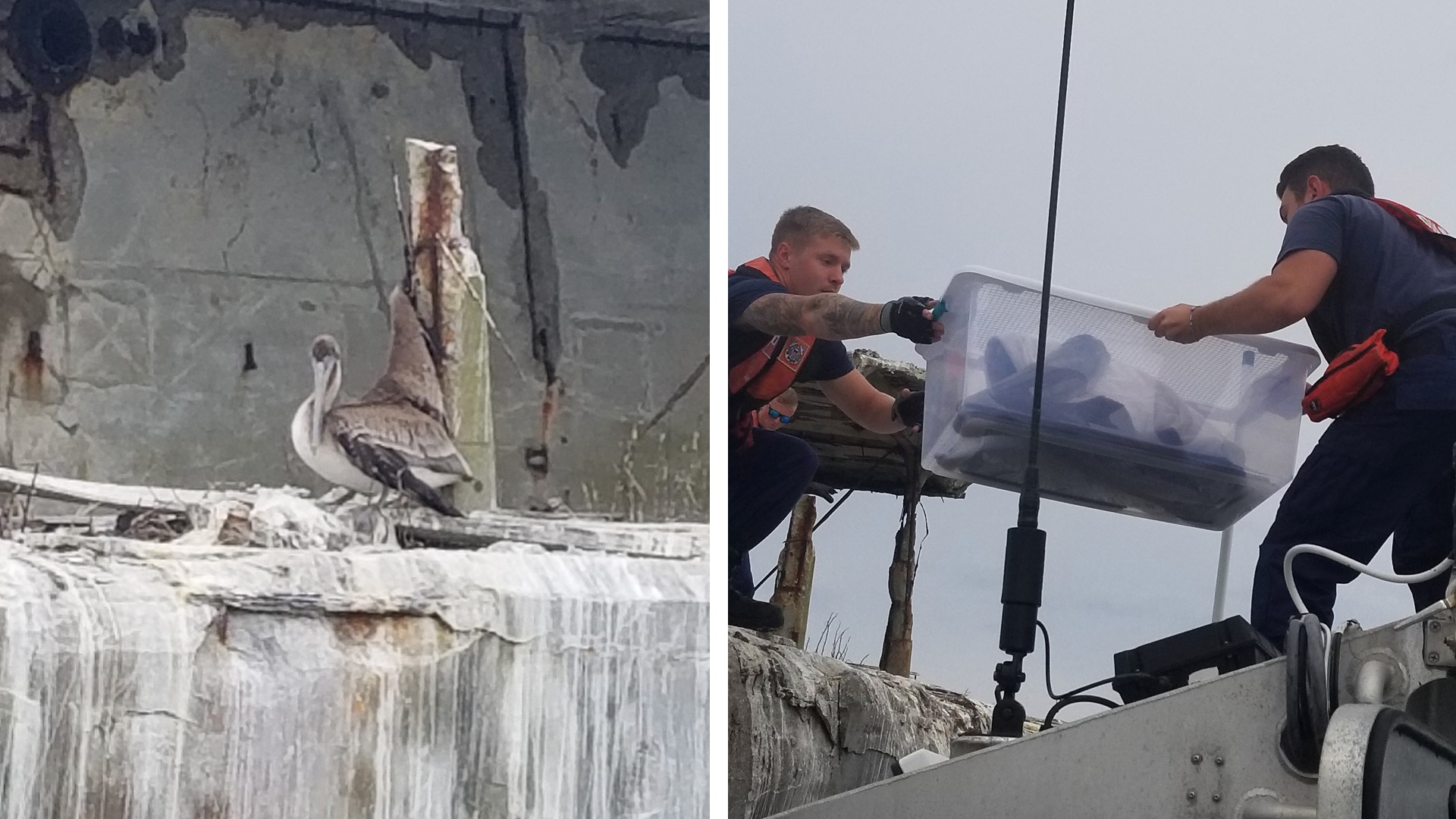 PORTSMOUTH, Va. — The US Coast Guard and the Virginia Department of Wildlife Resources rescued a distressed pelican on the Eastern Shore on Saturday.

The Pelican was near Kiptopeke State Park in Cape Charles. The Coast Guard watchstanders at Cape Charles received a call around 9:45 a.m. from the Virginia Department of Game and Inland Fisheries reporting a pelican in distress on a cement ship.

The station officer immediately launched a boat crew with a wildlife rehabilitation specialist aboard, the Coast Guard said in a news release.

Once crew members located the pelican, it was put in a cage and brought to shore for rehabilitation.

“It took about 10 minutes from hopping off the boat to bringing the bird aboard. It had gotten its wing stuck in the rebar of the cement ship, but we were able to bend that back and free it.”

The Coast Guard said the pelican is resting comfortably after a brief surgical procedure.

Jody Sokel, a wildlife rehabilitation specialist with Wildlife ER, who was at the rescue said she's happy with the outcome.

“I can’t think of a better way to spend my birthday than helping save the life of that pelican,” said