The Delmarva Dogfish, a Masters swim team, planned to swim the length of the Chesapeake Bay Bridge-Tunnel in memory of Erik Mezick. 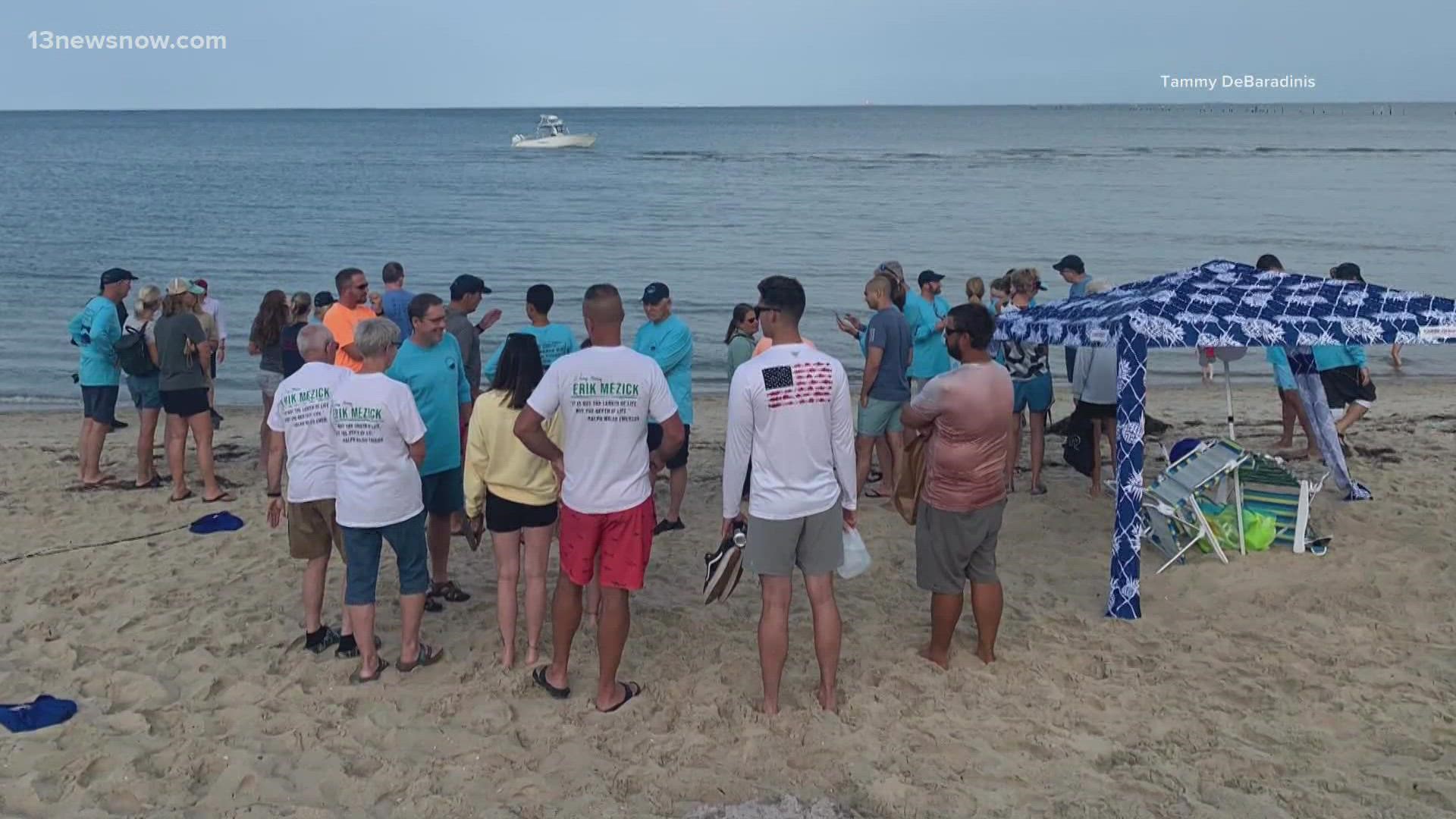 CAPE CHARLES, Va. — Friends of Erik Mezick, the truck driver who died after crashing and driving off the Chesapeake Bay Bridge-Tunnel back in December, wanted to swim the entire length of the bridge-tunnel in his honor on Saturday, but rough weather got in the way.

The Delmarva Dogfish is a Masters swim team, and Mezick often swam with them. Their 18-mile trek will go from Cape Charles on the Eastern Shore all the way to Virginia Beach. They had planned to stop briefly during their swim for an in-water memorial, but were still able to hold one on the beach.

The memorial swim was also a fundraising effort, which has already surpassed its $10,000 goal! We're told all funds will go to his family.