A spokesperson for Busch Gardens Williamsburg said this was an isolated incident with an animal from outside the park. 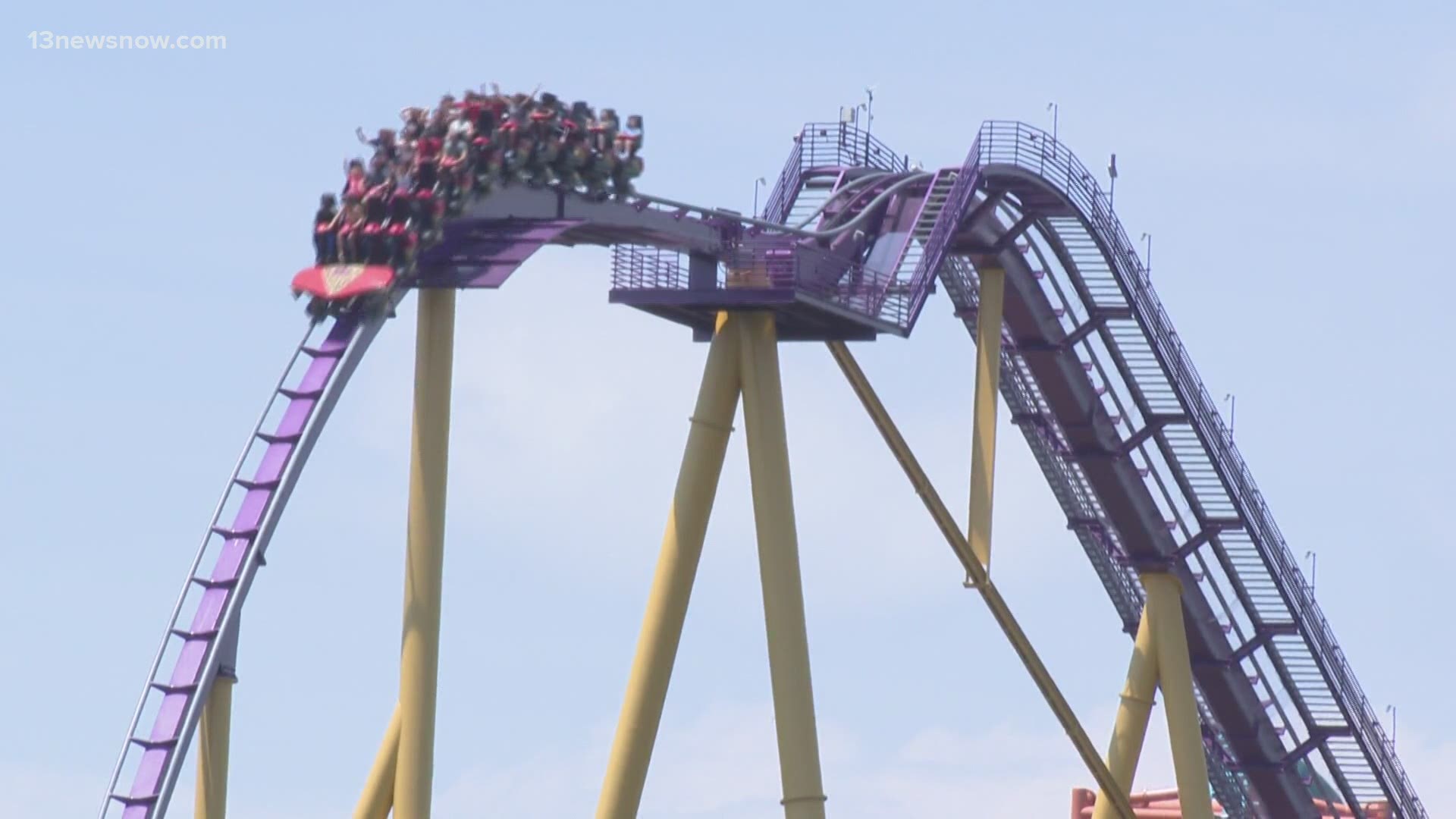 WILLIAMSBURG, Va. — The Fourth of July holiday weekend was a roller coaster ride for Jami and Travis Vice’s family vacation.

The Charlotte husband and wife, originally from the Richmond area, wanted to cap the holiday weekend this Monday with a family trip to Busch Gardens in Williamsburg.

What they got instead was an early trip to the hospital.

“We were on a path, we didn’t go off the path, it was so close. That’s the scary thing: we were minding our business," Jami Vice said.

Less than an hour after the doors opened and the Vices made their way into the park, a fox attacked Travis and their oldest son Donovan near one of the walking paths.

The Hampton-Peninsula Health District confirmed later this week the fox was rabid. He'd been captured, and died, later that Monday.

“Charged at me, grabbed a hold of my pants leg, able to fight it off with just a little warning," Travis Vice said. "Ended up throwing the fox back at the cabin and bush area, it came back a third time," he explained.

According to the family, the fox latched on to the son and caused a small puncture wound on his left leg, which sent him and his father to get rabies shots at a nearby hospital.

Not exactly the family memory Mom or Dad expected.

“They told us, 'It’s probably best for you guys to go and get checked out, the fox could be rabid.' So they let us know immediately there’s a possibility of that," Jami Vice said.

A Charlotte family’s trip to Busch Gardens takes a twist after a visit from an unexpected guest: a rabid fox.

“We didn’t know what it was, but it was so close and we were like ‘What is that!?’” https://t.co/pYNpqJ6EKF pic.twitter.com/OlSdlrgHgy

Even after the bizarre start to their day, the Vices didn’t let the attack completely stand in their way, and returned to Busch Gardens a few hours later to finish their day at the amusement park.

“Discussed whether we should go, should we not, we decided we want to end this on a positive note," Travis said. “Went back to the park, enjoyed the rest of the day, rode so many rides, so many memories and made up for a 'down day,'" he laughed.

“This was an isolated event with an animal from outside of the park. We are working closely with the Hampton-Peninsula Health District. The safety of our guests and employees is our top priority.”