James Madison University said three of its students were among the injured. 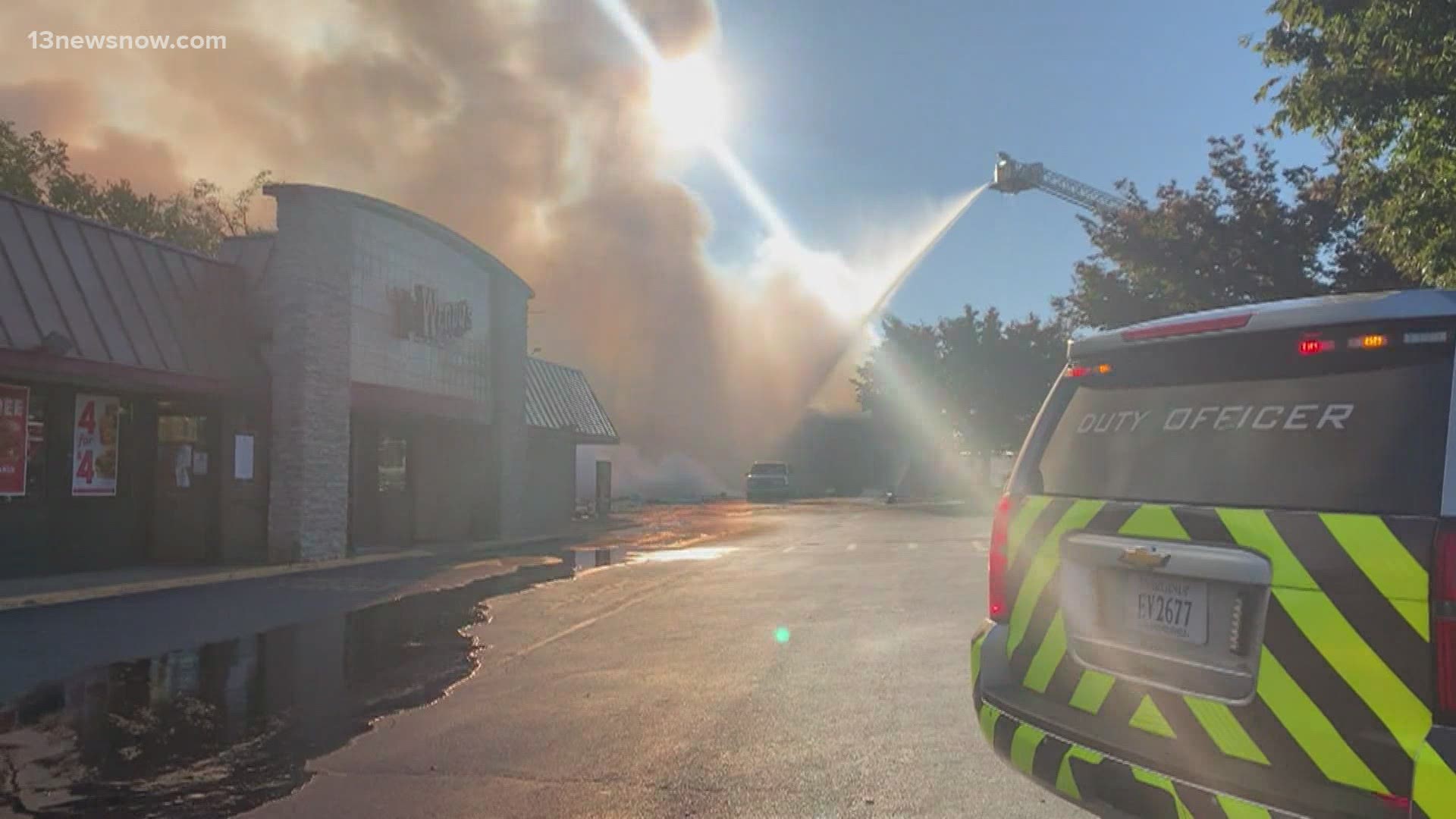 HARRISONBURG, Va. — Officials say an investigation is underway into the cause of an explosion and large fire at a shopping center in Harrisonburg, Virginia, that injured several people.

The Daily News-Record reported three people were hospitalized as a result of the incident that was reported around 8:30 a.m. Saturday, and several others were injured but treated on site.

A city spokesman says a search of the remains of the building had not turned up any other victims, but a second search was being conducted Saturday afternoon to be sure.

James Madison University said three of its students were among the injured.

The City of Harrisonburg sent out tweets after reports of the explosion came in. The incident happened at a business on Miller Circle. That's in the area of South Main Street near the JMU Transportation Department building.

Officials said the incident is contained in one building. No other structures near the building were affected.

Gov. Ralph Northam sent out a tweet stating his "team and I are closely monitoring the situation in Harrisonburg after a gas explosion this morning."

Three patients have been transported from the scene. HFD is currently determining if there are any other injured individuals at this time. Please continue to avoid this area as South Main Street is closed.

My team and I are closely monitoring the situation in Harrisonburg after a gas explosion this morning.

First responders and firefighters are on the scene, and we have deployed state emergency personnel for additional support. Please avoid the area.