'It would be huge' | A look at Gov. Northam's report on legalizing marijuana in Virginia

The report comes months after the Virginia General Assembly voted to decriminalize the drug. 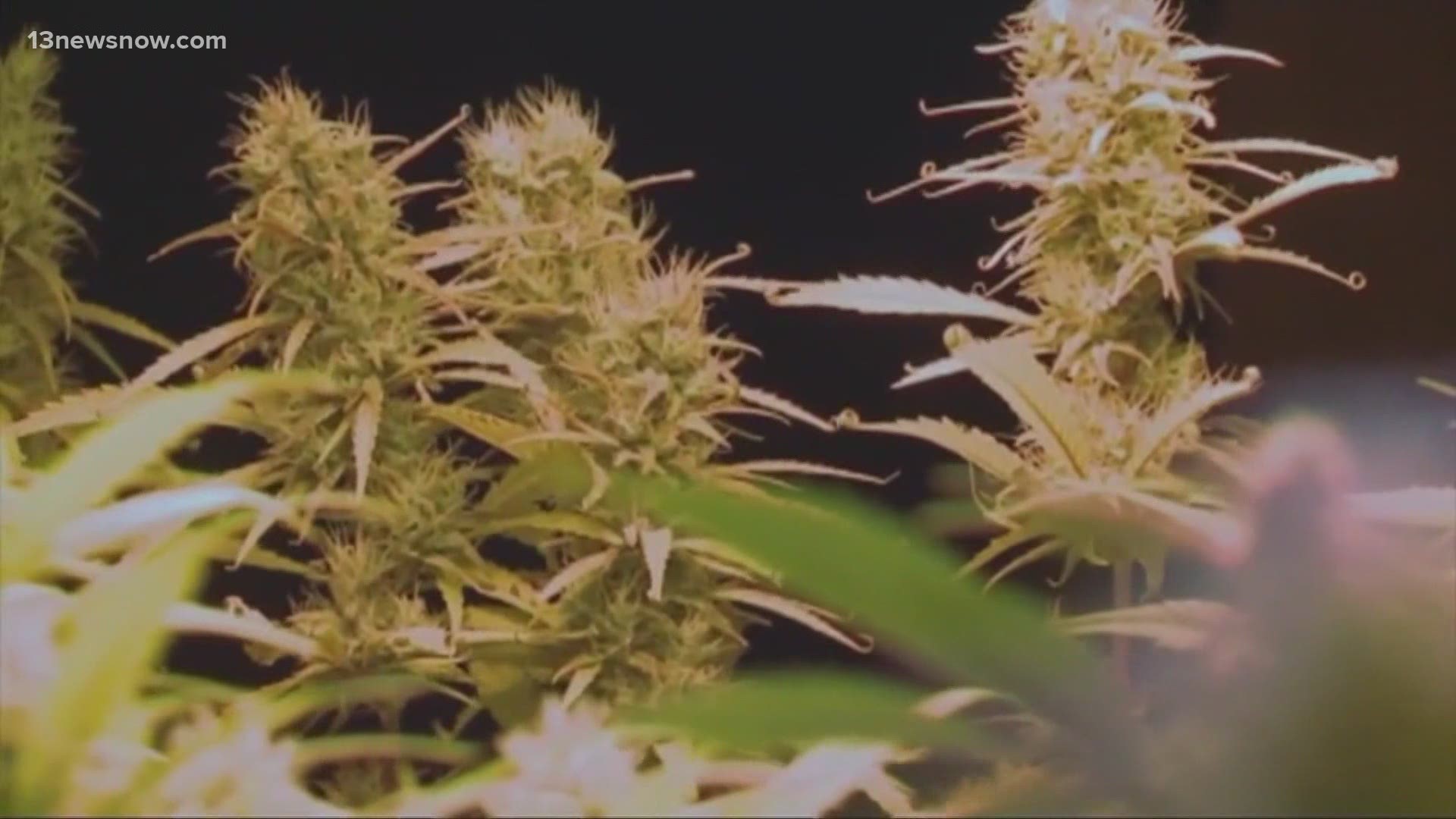 The nearly 500-page report includes recommendations, suggestions, and information about details to consider if Virginia were to move forward with legislation toward legalization.

The report is a product of 15 workgroup meetings between the months of July and October 2020, which included information from "policy experts, health professionals, community leaders, and government officials from across the nation."

In total, 20 recommendations are listed, including the regulatory structure for the industry, taxation at the retail level, as well as consumer education and product safety.

“Marijuana is not the gateway drug our parents were told," said Delegate Michael Mullin (D- 93rd District). "We have a real opportunity to legalize it here in Virginia over the next year.”

Mullin, a criminal prosecutor based on Hampton Roads' peninsula, is a proponent of marijuana legalization and told 13News Now some of his biggest concerns remain racial inequities around the drug.

“Many states legalized without protecting, and trying to build up the communities that have been hurt the most by the war on marijuana," Mullin said.

In 2010, Del. Harvey Morgan introduced the state's first marijuana decriminalization bill. After years as a hot-button issue, legislation passed in 2020 that decriminalized possession of marijuana, if somebody was found with an ounce or less of the drug.

“It would be huge. So many people are negatively impacted by marijuana being illegal," Taite Westendorf said, a criminal defense attorney based in Virginia Beach with a background in cannabis and marijuana law.

In the "Social Equity" recommendation of the report, it reads:

Virginia should consider that undoing the harms of criminalization should include expungement or sealing of criminal records, creation and issuance of social equity licenses, assistance with access to capital and business planning, consideration of how the entire regulatory scheme could affect barriers to entry into the industry, and community reinvestment and monitoring with a disparity report.

"On its face, marijuana laws apply equally to everybody. But in practical reality, black people are far more likely to be arrested for marijuana offenses," Westendorf said.