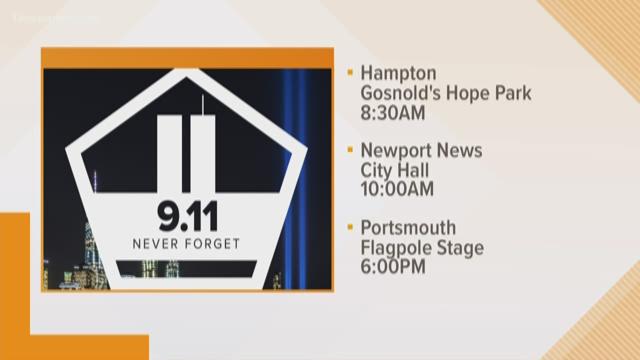 Hampton: At its 18th Annual Reading of the Names at Gosnold's Hope Park, city officials and residents read out the names of victims in the attacks. The park where they commemorated the lives lost, has a special connection to the victims.

Portsmouth: The city of Portsmouth will hold a 9/11 Remembrance Ceremony at 6 p.m. on the Flagpole Stage at High Street Landing.

Hampton Roads cities (on the Peninsula and Southside) also remembered this day on social media.