Thousands of Virginians are now eligible for drivers license reinstatement due to a new state law. 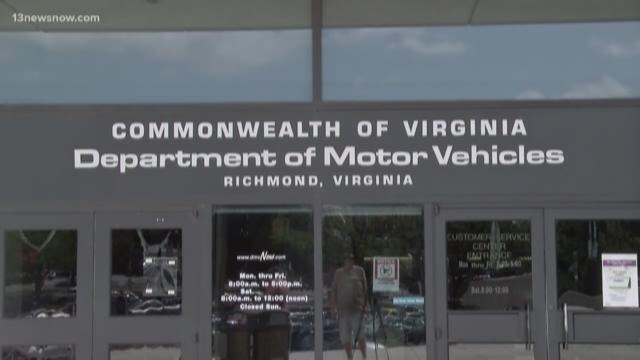 NORFOLK, Va. — Since July 1, thousands of Virginians have been able to get their driver's license reinstated even if they have unpaid court costs and fees, thanks to a new Virginia law.

City of Norfolk employees helped people check their status and start the process Tuesday at the city's Workforce Development Center. Department of Human Services employee Madonna Flores said her department is thrilled with the law change.

"We knew it would be something huge as far as helping our population be able to increase their chances for employment and to maintain employment," Flores said.

Flores said the lack of a license or transportation has been a major problem for thousands of people, and now that barrier is lifted - at least when it comes to unpaid court costs.

So here's how to regain a driver's licenses. The first step is to check the Virginia DMV website for a "compliance summary." Flores said if an individual simply owed court fines, they're now considered "license eligible" and can pay the normal cost for a new license at a local DMV center.

Licenses can still be withheld for other reasons, like unpaid child support, lack of insurance and alcohol-related driving convictions.

Flores and her team planned Tuesday's meeting to help people get their IDs back as quickly as possible after the law change.

“We really wanted to strike while the iron was hot and make sure we get the information out as soon as possible," she said.

The DMV 'Compliance Summary' should tell individuals what they need to address, if anything, before they can obtain a new license, Flores said. She said people can always get help at local DMV centers but she recommended checking online first.