A 3-year-old from Augusta County hasn't been seen since February 2021. Two people were arrested in western Pennsylvania. 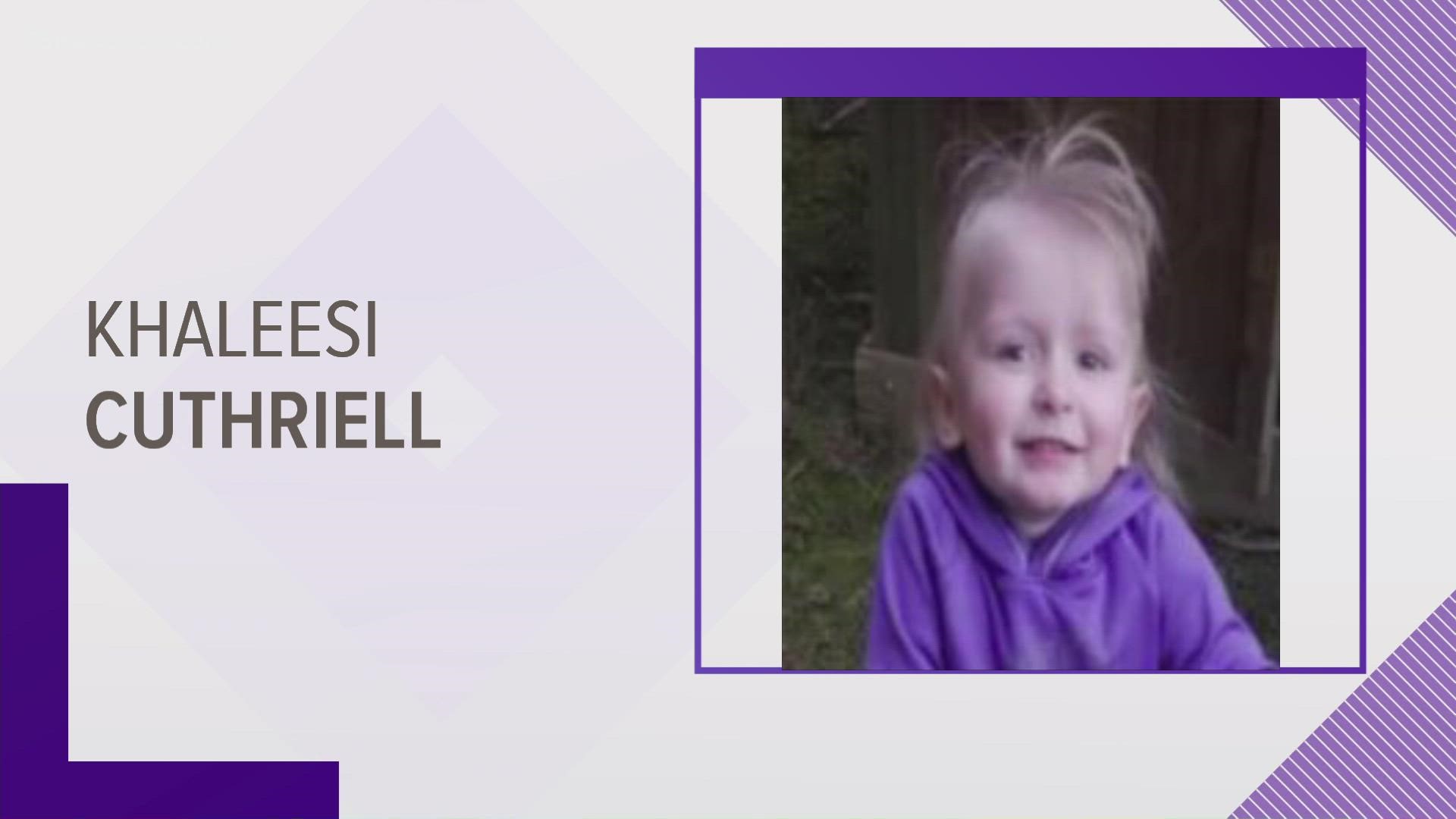 Last week, Virginia State Police issued an Endangered Missing Child Alert for 3-year-old Khaleesi Hope Cuthriell. No one had seen her since February 2021.

Troopers said she might have been with 41-year-old Candi Jo Royer, who herself hadn't been seen since leaving her Waynesboro home on August 24.

Pennsylvania State Police and the U.S. Marshal's Service arrested the two at a Knights Inn without incident. They are currently in jail waiting to be extradited back to Virginia to face multiple charges.

She is described as being 3'1" tall, weighing 40 pounds, and has blue eyes and blonde hair.