Frustrated by a growing number of spam calls, Governor Northam and lawmakers passed a bill that could make companies behind the sales calls liable in court 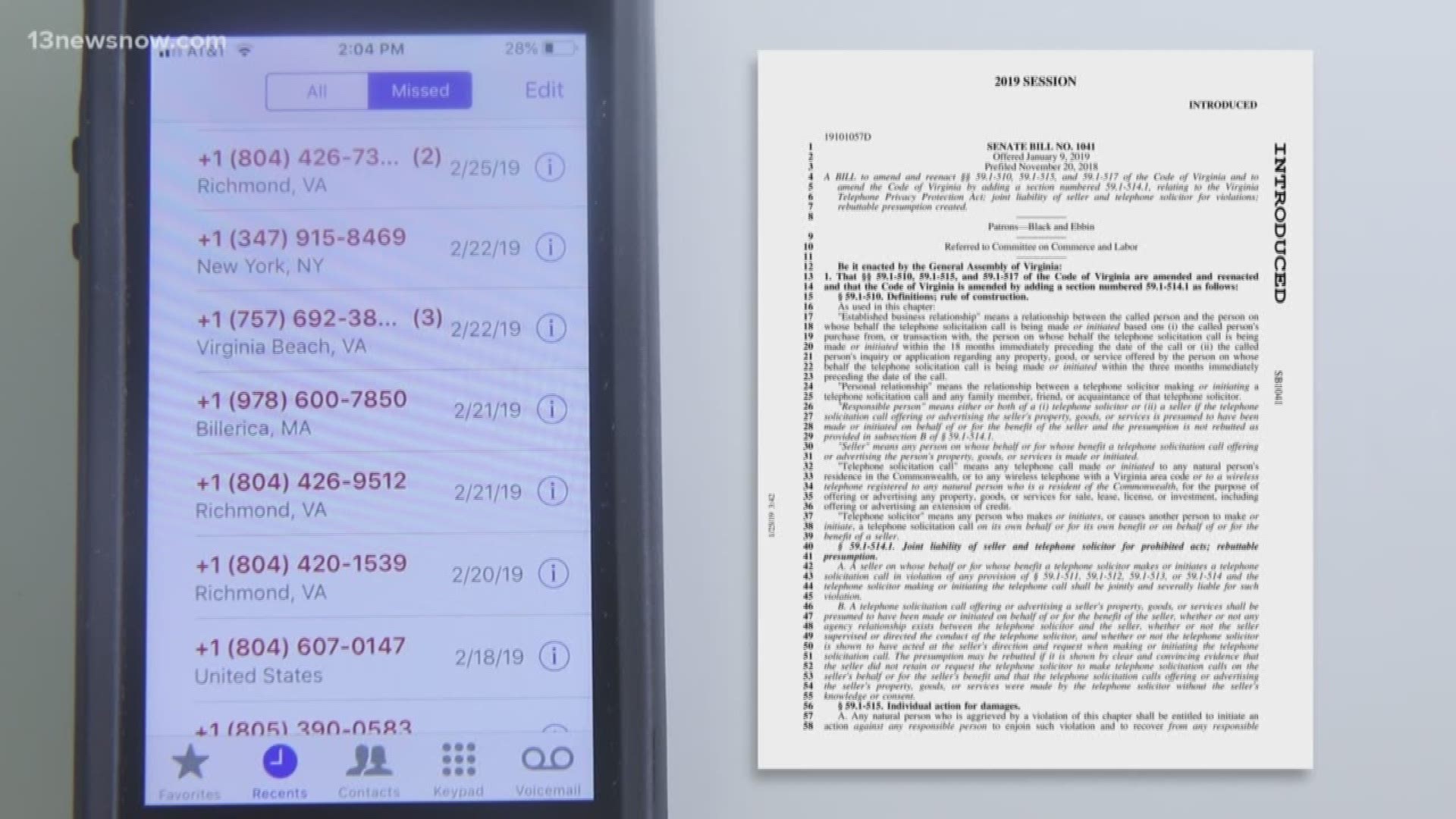 NORFOLK, Va. — It's not just you. Virginia is recognizing the growing number of illegal robocalls with a new law that could punish the companies that are selling the products or services offered on the calls.

Governor Northam signed the Virginia Telephone Privacy Protection Act which, starting on July 1, aims to hold both telemarketers and sellers liable for illegal calls and other violations.

Senator Dick Black, a sponsor of the original bill, said he wanted to expand the scope of responsibility for people who are behind the rise of irritating spam calls.

In Hampton Roads, frustrated people said they get automated, unwanted calls about car warranties, credit cards, motels, timeshares, healthcare and many other subjects on a daily basis.

"It's a very personal thing to have somebody call your cell phone," Tara Baptist said. "I don't give out my cell phone to people I don't know, so it's kind of an intrusion on my privacy, honestly."

The FCC said each year, around 60 percent of its 200,000 complaints are about robocalls.

13News Now's recent investigation into robocalls found Virginia ranked seventh last year for the number of complaints made to the Do Not Call Registry.

"It's kind of cheating time out of your life. Life is very finite and I like to spend every minute I can either doing something good or enjoyable," Chris Jacobsen said.

Black says Virginian lawyers will now be able to sue sellers of telemarketing products and services in court, which he hopes discourages the spread of robocalls and the irritation among consumers.

"Hopefully the extremity of the consequence will kind of dial down what they're doing," Baptist said. "It's a shame that you have to take it to suing the company."