No protests or threats at Virginia State Capitol on Inauguration Day

Despite increased security measures and a closed Capitol Square, there was little activity in Richmond during President Biden's inauguration. 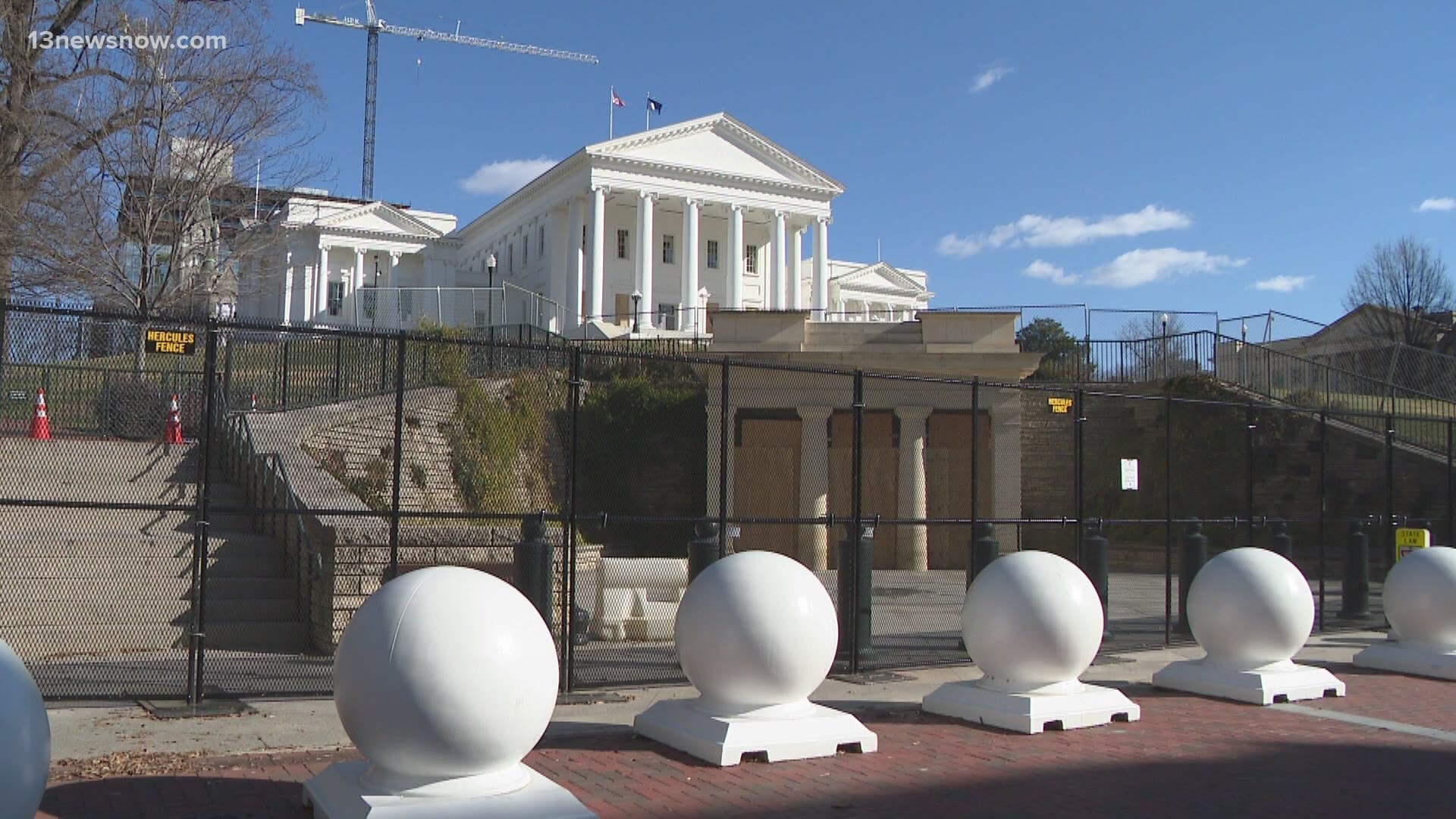 RICHMOND, Va. — No threats or protests materialized in Richmond at the Virginia State Capitol during President Joe Biden's inauguration, despite added security measures and closures.

Following the riot at the U.S. Capitol, Virginia leaders increased security in Richmond to prepare for potential threats.

Capitol Square was closed off, windows were boarded up, fences and security teams were added... but no protesters showed up Wednesday. With a virtual session, it was a quiet day at the Capitol.

“I'm admittedly surprised. I would be lying if I said I wasn’t expecting any kind of craziness to happen today," said Brandon Fram, a Richmond man.

Mostly empty streets and sidewalks surrounded Virginia’s top government buildings, on an Inauguration Day in which security officials and state leaders feared for the worst.

“I think, really think, by not having a lot of activity today, it’s just beautiful man," said Lenwood Williams. "I love to have peace. That’s what it’s all about.”

Fram said he was relieved, describing the last two weeks as stressful.

“It’s pretty shocking, I haven’t been living here all that long but I live right next to the Capitol, so it’s been pretty intense," he said.

He said he sees a quiet day on Capitol Hill as a step forward.

“Maybe it’s just that people have expressed themselves and have mellowed out at this point and are accepting the change and going to make the best of it, as we all have to do," Fram said.