Thirty-eight-year-old Riley O’Shaughnessey, an officer with the Richmond International Airport police, was charged with trespassing. 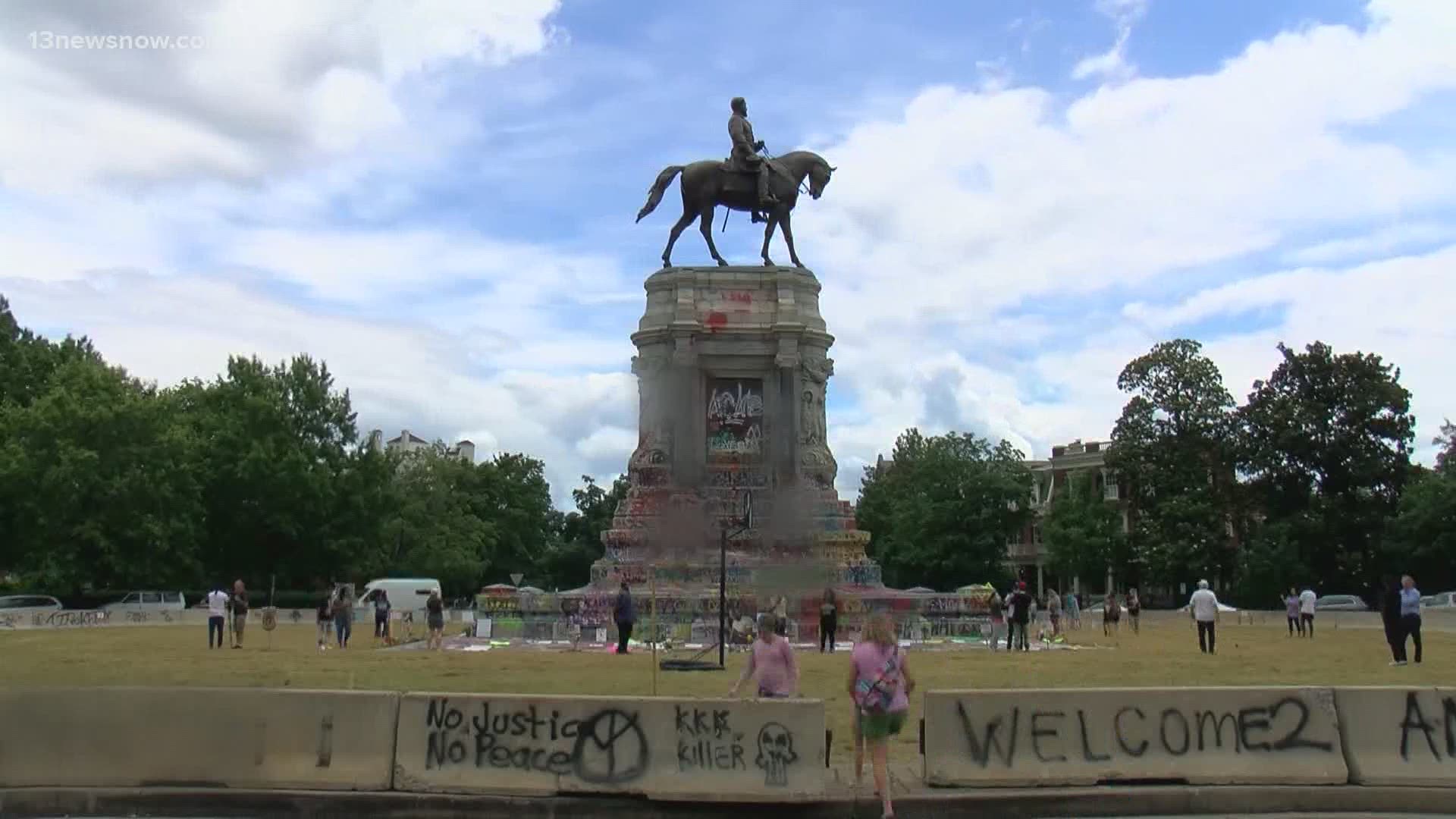 RICHMOND, Va. — An airport police officer has been charged with trespassing after authorities say witnesses spotted him on a roof with a handgun overlooking the Robert E. Lee memorial in downtown Richmond.

Police say they received a call Saturday at about 6:30 a.m. to investigate a report of an armed individual on the roof of unoccupied building overlooking the memorial on the city’s famed Monument Avenue.

Thirty-eight-year-old Riley O’Shaughnessey, an officer with the Richmond International Airport police, was charged with trespassing.

The Lee statue has been a rallying point for protesters and the scene of sometimes violent clashes.

RELATED: Protesters in Richmond tear down another Confederate statue