Police said no one was injured after they conducted a sweep on Thursday. They found a 16-year-old with a firearm. 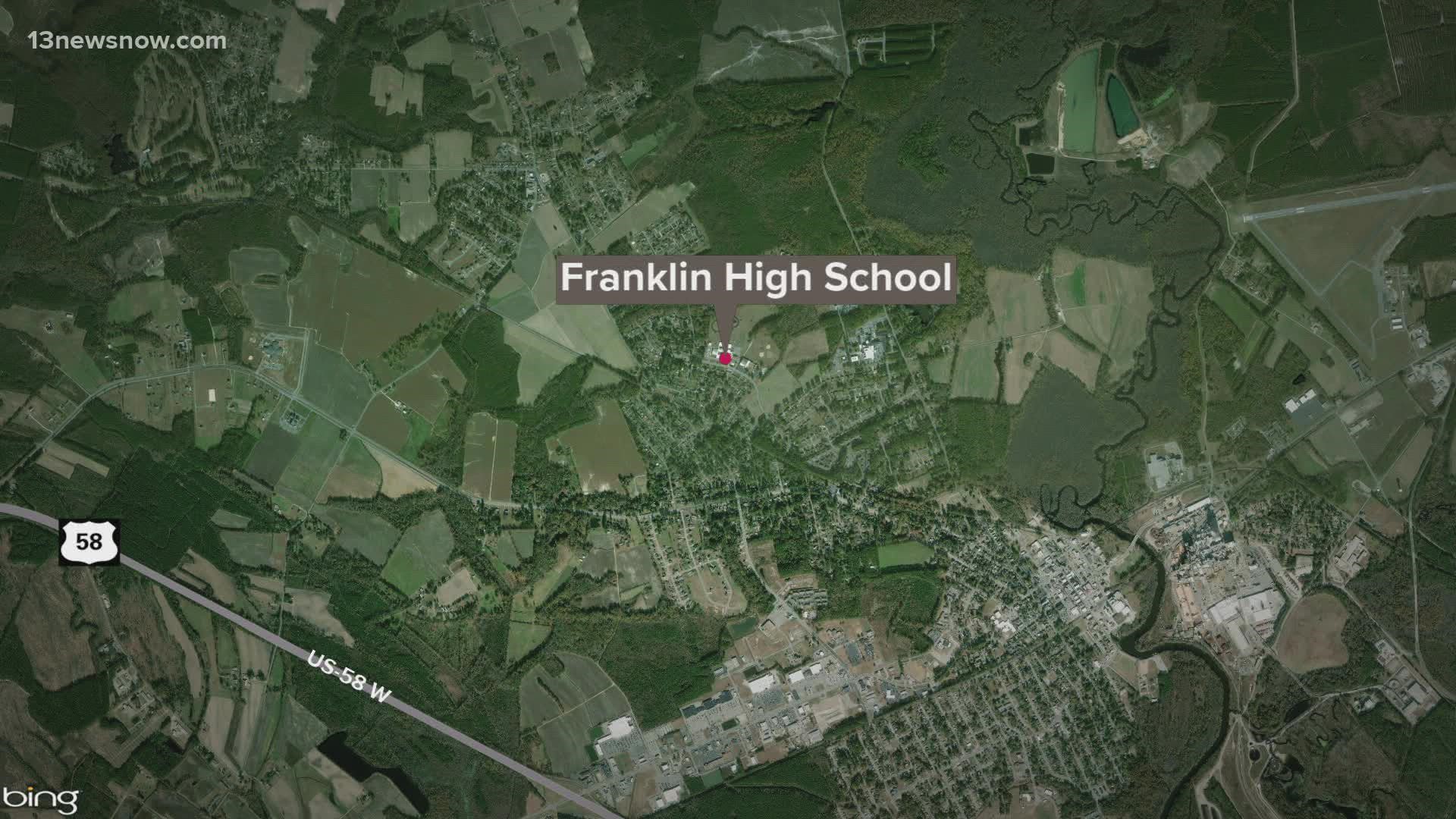 FRANKLIN, Va. — Authorities in Franklin investigated a local high school after they received a report that a student possibly had a weapon on September 23. The investigation resulted in the discovery of a student with a gun.

Police said the entire school went on lockdown as they conducted a thorough sweep, searching the entire building.

No one was injured in the incident.

This all comes after the flood of school threats that have been investigated in Hampton Roads following the shooting that happened on September 20 at Heritage High School in Newport News.