Virginia could become the first state in the South to legalize marijuana, but it isn't a done deal yet. 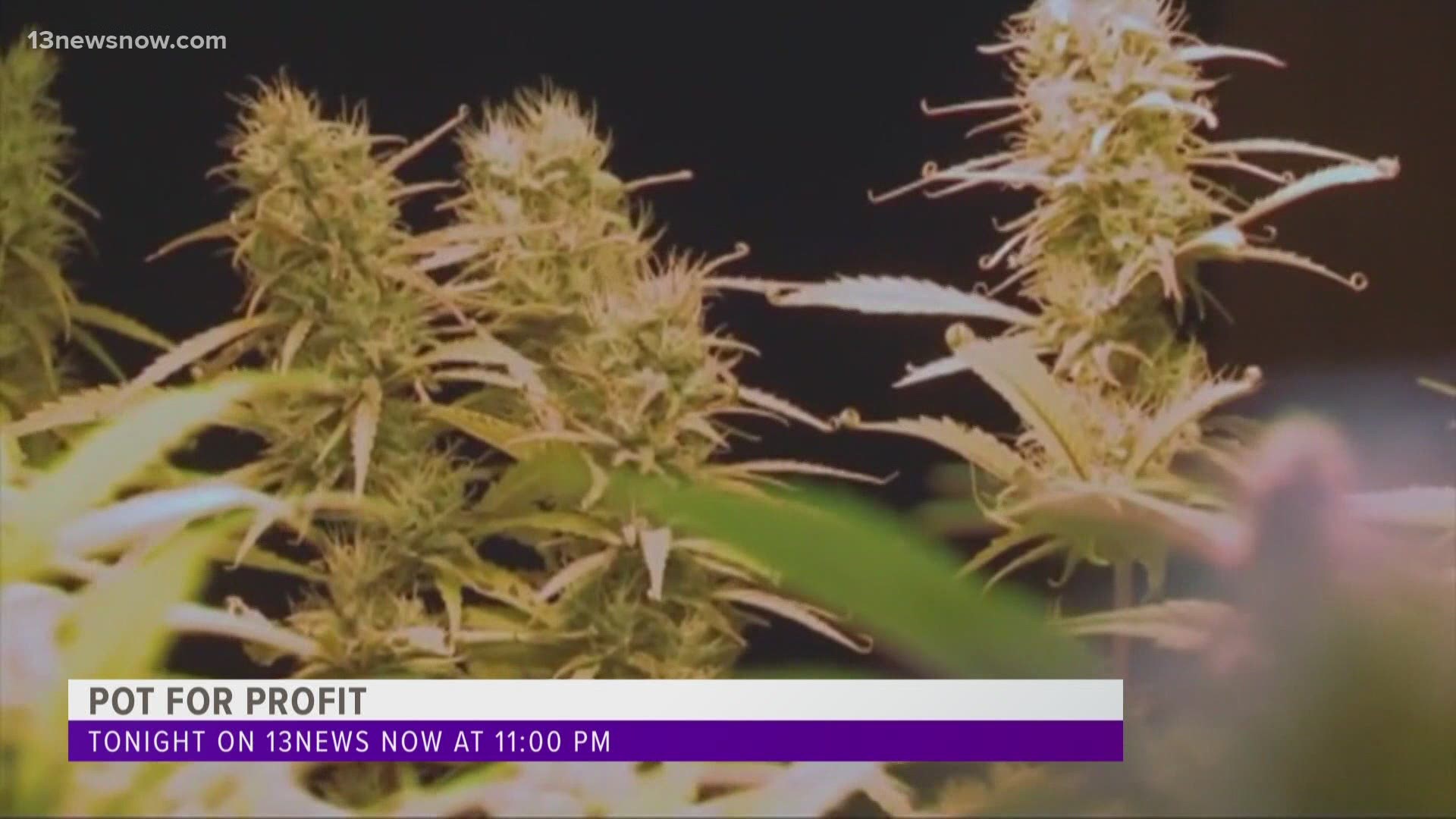 RICHMOND, Va. — Virginia could soon become the first state in the South to legalize marijuana.

Meanwhile, 13News Now is investigating different angles of the debate in a weeklong series called “Pot for Profit.”

Legalizing marijuana could mean hundreds of millions of dollars for Virginia. But while lawmakers are thinking green, some health advocates are seeing red.

A legal marijuana industry would likely translate to hundreds of millions of dollars for Virginia’s economy.

A legal adult-use marijuana industry could be worth $698 million to $1.2 billion annually in economic activity and up to $274 million in tax revenues per year, according to numbers presented last year to Governor Ralph Northam.

“I think it’s time for Virginia to have a mature conversation about marijuana policy,” said Delegate Steve Heretick. “It’s coming our way whether we like it or not.”

Delegate Steve Heretick (D-Portsmouth) was the first Virginia lawmaker to introduce legislation to legalize adult-use marijuana in the Commonwealth.

He introduced House Bill 1815 this session which includes guidance on how the product would be regulated and taxed.

“In my scheme, there would be an up to 15% state tax on the product, 66% of which goes to the general fund and 33% which goes to an educational fund,” Heretick explained.

State Senator Louise Lucas wants to tax it at 21%. She also introduced a bill, hers in the Senate, that would put Virginia ABC in charge of regulation.

Del. Heretick proposed putting the Virginia Department of Agriculture and Consumer Services in charge of regulation.

The governor’s workgroup said that the Commonwealth should spend at least 18 to 24 months setting up a regulatory program.

Not everyone supports legalization.

Dr. Mary Crozier is speaking as a former health educator and the Immediate Past Chair of Community Coalitions of Virginia when she says the state is not ready for the legalization of adult-use marijuana.

Dr. Crozier said the potency of marijuana has increased over the decades. She points to data in other states that have already legalized and worries the new laws could lead to more car crashes, negative health effects, and risks to children.

Governor Northam signed a bill just last year to decriminalize marijuana possession. Dr. Crozier says that’s all the more reason to hold off on legalizing in 2021.

“We contend that we would rather not get the cart before the horse," she said. "We’d rather not have legalization until we found out what’s going to be the repercussions from decriminalization.”

Our special series “Pot for Profit” examines different sides of the debate that could change the landscape of Virginia.

Monday at 11 p.m., meet a man arrested on marijuana charges several years ago as he still lives with the consequences of being a felon.