The blue crab population in the Chesapeake Bay may have seen a decrease but it remains healthy and not overfished, according to a 2020 report. 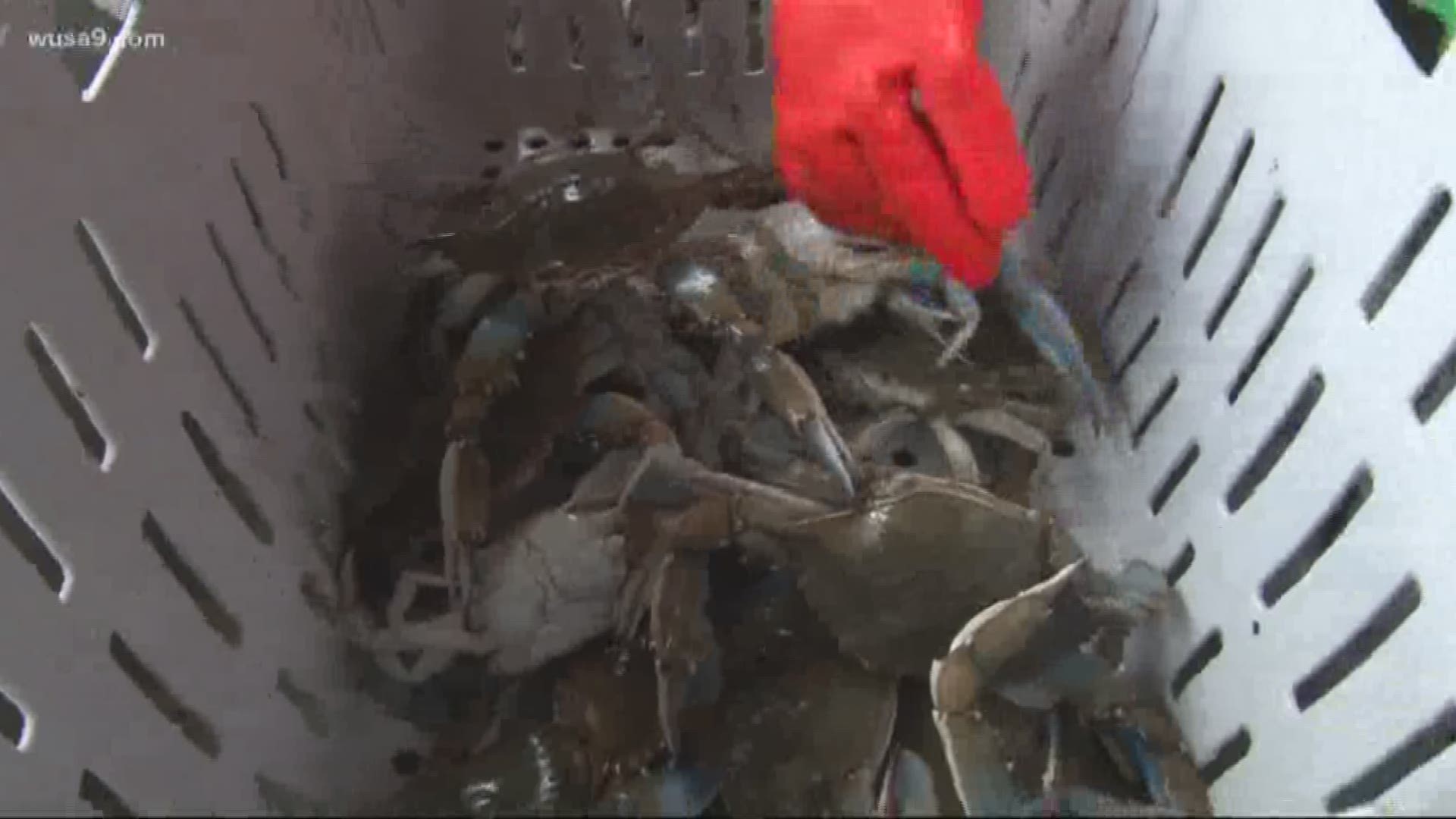 CHESAPEAKE BAY STATE, USA — *Editor's note: The above video is from 2019 on the health of the Chesapeake Bay blue crab population.

The blue crab population in the Chesapeake Bay may have seen a decrease but it remains healthy and not overfished, according to the annual Blue Crab Advisory Report.

For the blue crab population, there needs to be a robust stock of female crabs, the report states.

The number in 2020 is lower than the target of 215 million. In the 2019 blue crab fishing season, 17% of all female crabs were harvested—safely below both the target (25.5%) and threshold (34%) levels for the twelfth consecutive year, the report states.

The juvenile blue crab population was estimated to be 185 million. The crabs will grow to harvestable size in the fall.

The number of crabs that die in between fall and spring often due to cold and/or freezing water temperatures was 0.36%. That's likely due to the warm 2019-20 winter.

This is the lowest overwintering mortality rate observed since 1996; the average is 4.53%, the report states.

The Chesapeake Bay Stock Assessment Committee said in the report it recommends that substantial changes in management are not necessary.

The committee further recommends that the "jurisdictions implement procedures that provide accurate accountability of all commercial and recreational harvest moving forward, as this is an important component for accurately accessing stock health."

RELATED: 2020 Blue Crab Survey: populations fine, if a little smaller than in 2019

RELATED: VERIFY: Are live crabs really being dumped at Maryland landfills to drive up prices?