The sheer volume of protestors raised some concerns that Virginia could see the type of violence that exploded at a rally in Charlottesville in 2017. 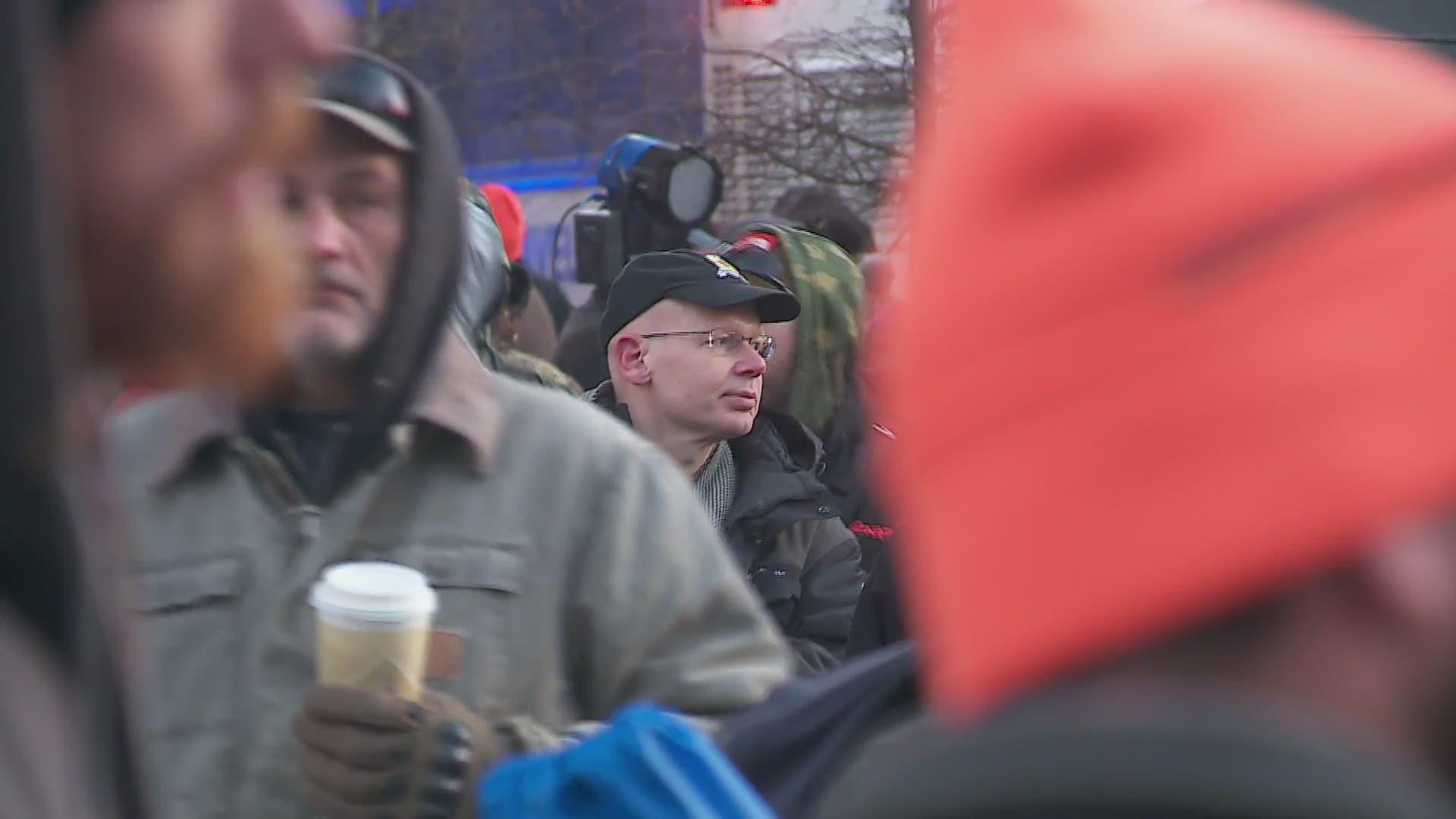 RICHMOND, Va. — Thousands of gun rights activists and other groups went to Richmond on Monday to protest Democrats' plans to pass gun-control legislation.

Days before the rally, Gov. Ralph Northam declared a temporary state of emergency. It included a ban of all weapons from Capitol Square, where the event was taking place.

Militia groups and white supremacists were among those expected to mix with gun rights activists. The sheer volume of protestors raised some concerns that the state could see the type of violence that came in Charlottesville in 2017.

During a white nationalist rally, someone drove a car into a group of counter-demonstrators. Heather Heyer died in the attack, and many other people were hurt.

Observers said thousands of activists were already on-site two hours before the rally was set to begin at 11 a.m.  The event ended about an hour later, and the Capitol Square was emptied out by 2 p.m.

It's estimated that 22,000 people showed up to the event. There were about 6,000 people on Capitol Square and about 16,000 guests were outside the square.

Governor Ralph Northam released the following statement about the rally:

"We are all thankful that today passed without incident. The teams successfully de-escalated what could have been a volatile situation. This resulted from weeks of planning and extensive cooperation among state, local, and federal partners in Virginia and beyond.

Virginia’s law enforcement and first responders demonstrated tremendous professionalism. I’m proud of their work. I have spoken with Colonel Settle of the State Police, Colonel Pike of the Capitol Police, and Chief Smith of the Richmond Police Department, as well as leaders of the FBI and the U.S. Attorney’s office, and thanked them for keeping Virginia safe.

Thousands of people came to Richmond to make their voices heard. Today showed that when people disagree, they can do so peacefully. The issues before us evoke strong emotions, and progress is often difficult. I will continue to listen to the voices of Virginians, and I will continue to do everything in my power to keep our Commonwealth safe."

The Virginia State Police said all official information about public safety for Lobby Day 2020 will be posted to the VACapitol2020 Facebook page.

Just before 2 p.m., the VACapitol2020 page on Facebook and Twitter said that Richmond's Capitol Square had emptied out. There were also no arrested made during the event.