A policy will allow the state to conduct surprise inspections of religiously affiliated day cares. 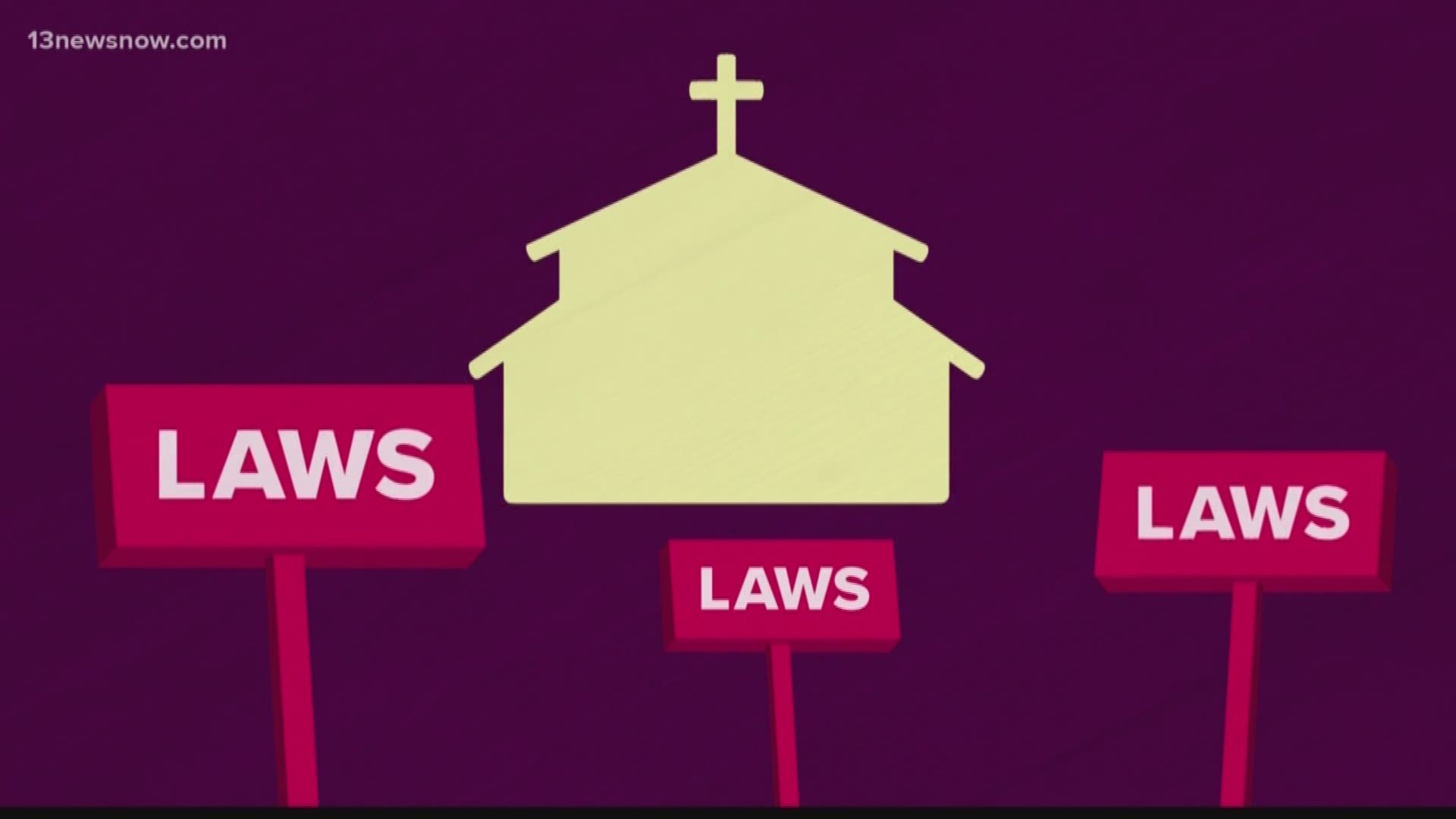 The Virginia Department of Social Services announced the implementation of a new policy it says will better ensure the protection of Virginia’s children. Hundreds of religiously affiliated day cares that are exempt from licensure and don't receive subsidies from the state now will be subject to surprise inspections.

Betsy Cummings is an advocate for stricter daycare regulations in the state of Virginia, particularly those associated with religious groups.

“If licensing or Department of Social Services is going to give rules but then not follow up on those rules to make sure they’re being done, I don’t really see the point in having a rule to begin with,” said Cummings.

In Virginia, religiously affiliated day cares don’t need a license to operate. Cummings had to learn that the hard way. In 2010, she took her 55-day-old son, Dylan, to Little Eagles Day Care in Norfolk, run by Bethel Temple Church of Deliverance. Hours later, she received a phone call that her son wasn’t breathing.

“I’ve never had that kind of love and joy given to me from any other source but my son, and to have that taken away so quickly was… a piece of me went with him,” said Cummings.

Daycare workers found Dylan found clammy and blue in his crib. The medical examiner’s office concluded he died from SIDS (sudden infant death syndrome). A judge ruled the infant’s death couldn’t be attributed directly to the daycare employees; however, an investigation by Virginia Department of Social Services revealed staff failed to provide appropriate supervision and placed the health and safety of children at risk.

Credit: Jaclyn Lee
A collage of family photos of Dylan Cummings who was 55-days-old when he died from SIDS at a religiously affiliated day care.

Once Cummings found out Little Eagles Day Care wasn’t licensed, she was angry and confused.

“I was just like, ‘What? I don’t understand. They were in a building. I didn’t take him to a home day care.”

In 1976, the state implemented stricter regulations for all day cares, covering everything from programs to health and nutrition. Church-run facilities felt the wide sweeping laws were a threat to their religious freedom.

“Well, these new regulations that they were bringing in in 1976 were also impacting the programs – what they would be teaching,” said Eddy Aliff, Executive Director of the Virginia Assembly of Independent Baptists.

Aliff explained a group of pastors felt the state was trying to become more influential in the churches. The pastors took their concerns to Richmond.

In 1979, the Virginia General Assembly passed legislation that said religiously affiliated day cares no longer had to be licensed.

“We do not want there to be any hint that the Department of Social Services is in charge over our programs in a way that could impact their religious teachings and those aspects,” said Aliff.

Currently, more than 2500 licensed day cares across Virginia are inspected at least twice a year, with requirements for background checks, training and health and safety. Religiously exempt day cares, however, self-report their compliance with standards by submitting documents to the state.

Department of Social Services said there have been 28 child day care deaths statewide from 2004 to 2018, but the agency doesn’t track whether the deaths occurred at licensed or religious exempt facilities.

Cummings said she’s concerned about the lack of oversight at religious facilities.

When asked if he felt the lack of oversight is an issue, Aliff said it’s not.

“Otherwise we would see an outpouring of reports of religious exempt day cares not following through, and they’d be closing up," he responded.

Aliff said he doesn’t have a problem if the state inspects a religious facility, as long as there’s a complaint filed. He added it’s about preserving the separation of church and state and making sure “no one can come in with an agenda.”

Cummings said she wishes she knew religious day cares weren’t held to the same standards as regularly licensed day cares, and she hopes no other parent has to experience what she has endured.

Credit: Jaclyn Lee
Family photos of Dylan Cummings who was 55-days-old when he died from SIDS at a religiously affiliated day care.

“Every day of my life, I like, wonder what my son would be like today or wonder what kind of cartoons he’d be into,” said Cummings, "what kind of experiences would we have, and I will never know.”