A look at two proposed constitutional amendments that are on Virginia's ballot this year. 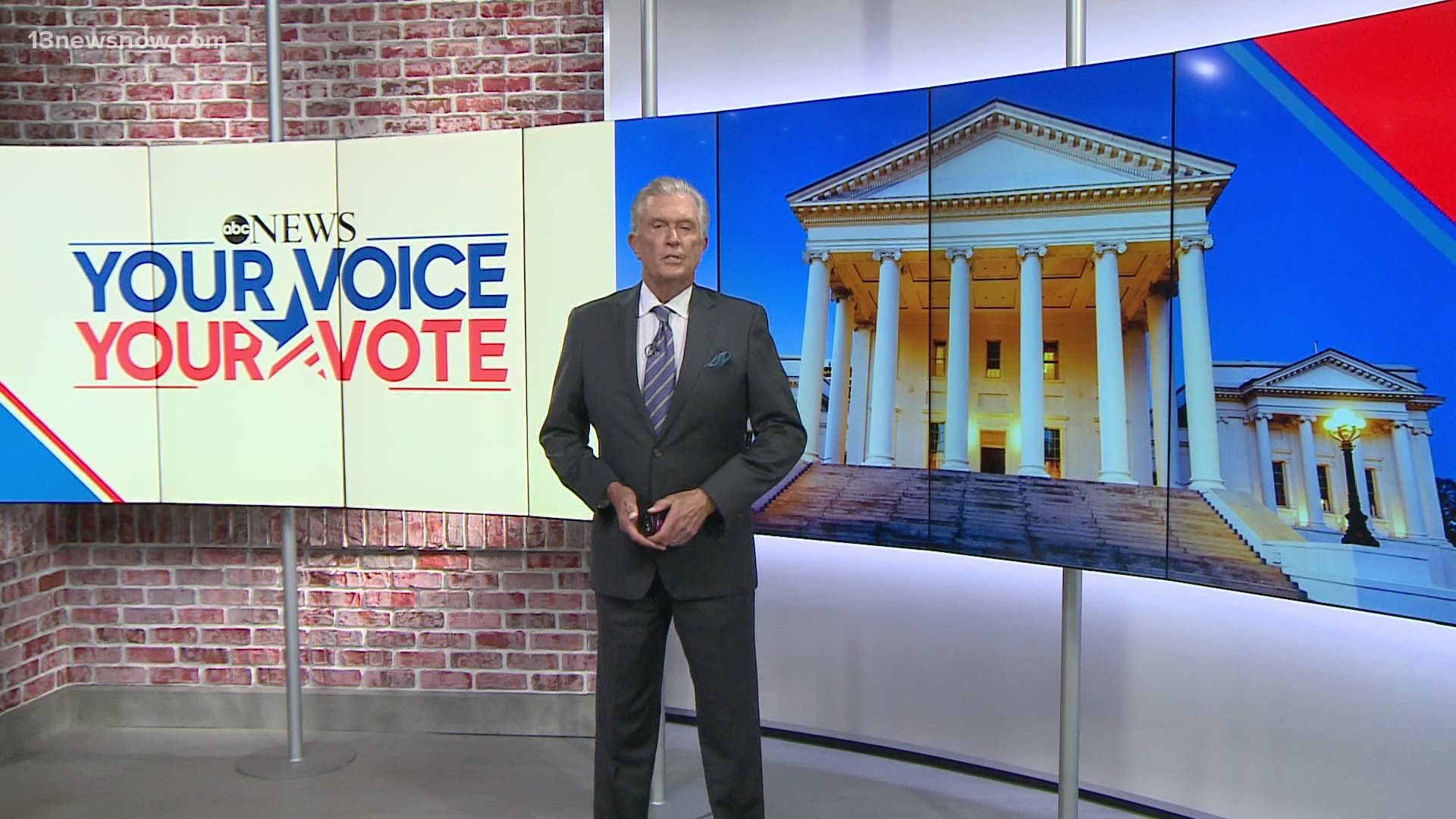 NORFOLK, Va. — There's a lot of attention on the presidential election, but here are two other important things you'll see on the ballot:

The first is an amendment to the Virginia constitutional dealing with redistricting.  You'll be asked if there should be a "redistricting commission." It would be made up of eight members of the General Assembly and eight people who live in the Commonwealth.

This group would draw both the Congressional and state legislative districts. The General Assembly would vote to either accept or deny the commission's proposal.

If the commission's proposal is rejected, the state Supreme Court would draw the districts.

RELATED: What voters should know about Virginia Constitutional Amendment No. 1

This is important because redistricting affects political power. Currently in Virginia, the General Assembly and the governor draw the districts.

RELATED: How a yes vote on Virginia Constitutional Amendment #2 will impact veterans

There's also a second proposed constitutional amendment. If passed, this one would exclude disabled veterans from paying personal property on cars and pick-ups.