Experts say initial and continued unemployment claims should keep falling over the coming months, and employment in Hampton Roads will rise. 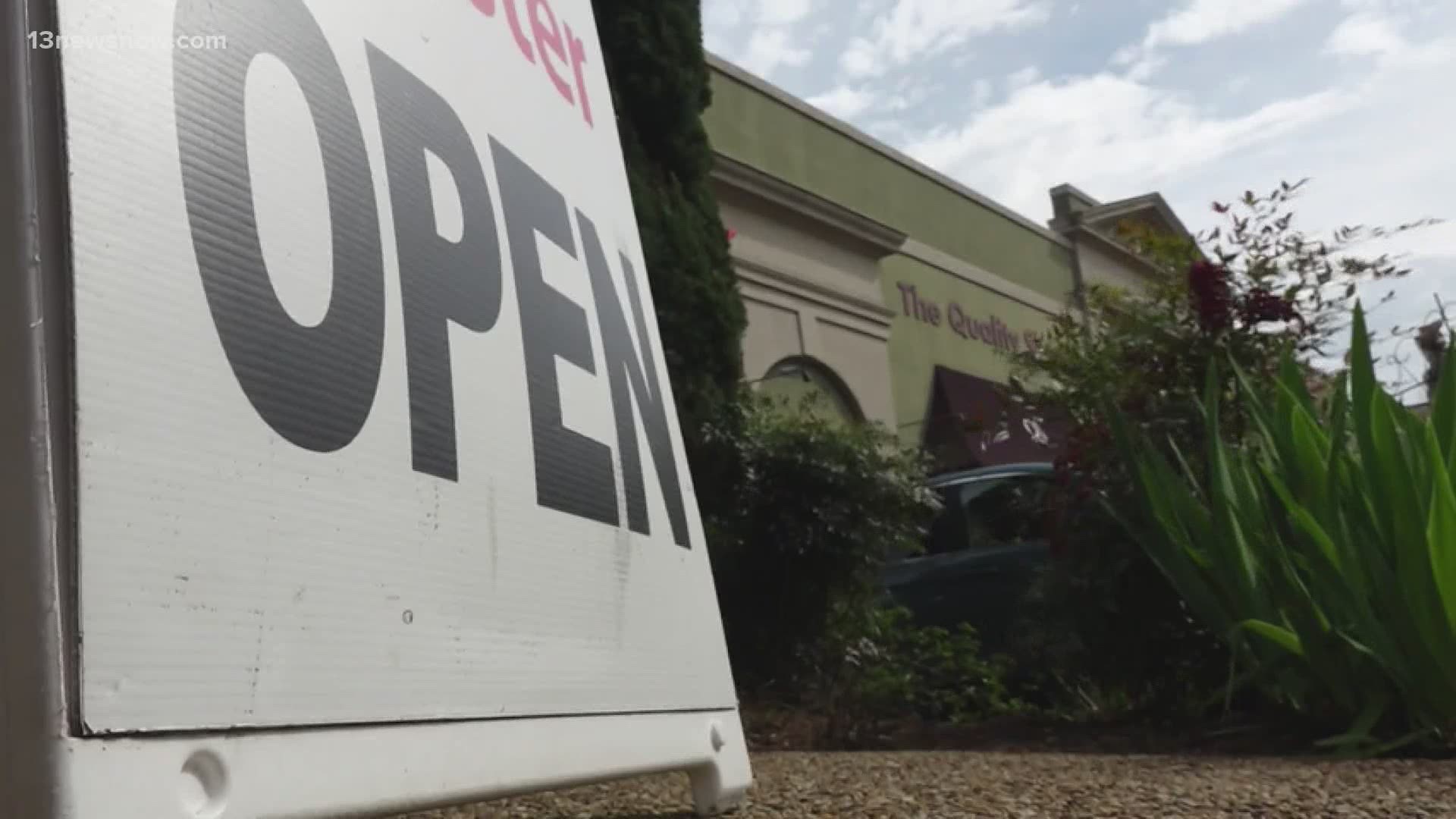 Virginia is one of the only states to report an increase in initial unemployment claims last week, but the number of Virginians receiving unemployment benefits is steadily decreasing.

“If you look at the latest data it suggests we’re seeing hiring coming back in the hardest hit sectors in Hampton Roads," said Bob McNab, an economics professor at Old Dominion University.

McNab projects big growth in the hospitality, tourism, and restaurant industries this summer.

“As vaccines roll out into the population, consumer confidence and business confidence is rising," he said.

National initial unemployment claims may be at a pandemic low, but they’re still historically high.

“Every week since March 2020 we have had more people file for unemployment than at the peak of the previous recession," McNab said.

“We should see a quicker recovery as long as a majority of the population gets vaccinated as quickly as possible."