That day her news station had a tight plan. Cover at a close distance. No interviews. They were to just be there to cover the event, not to become part of it. 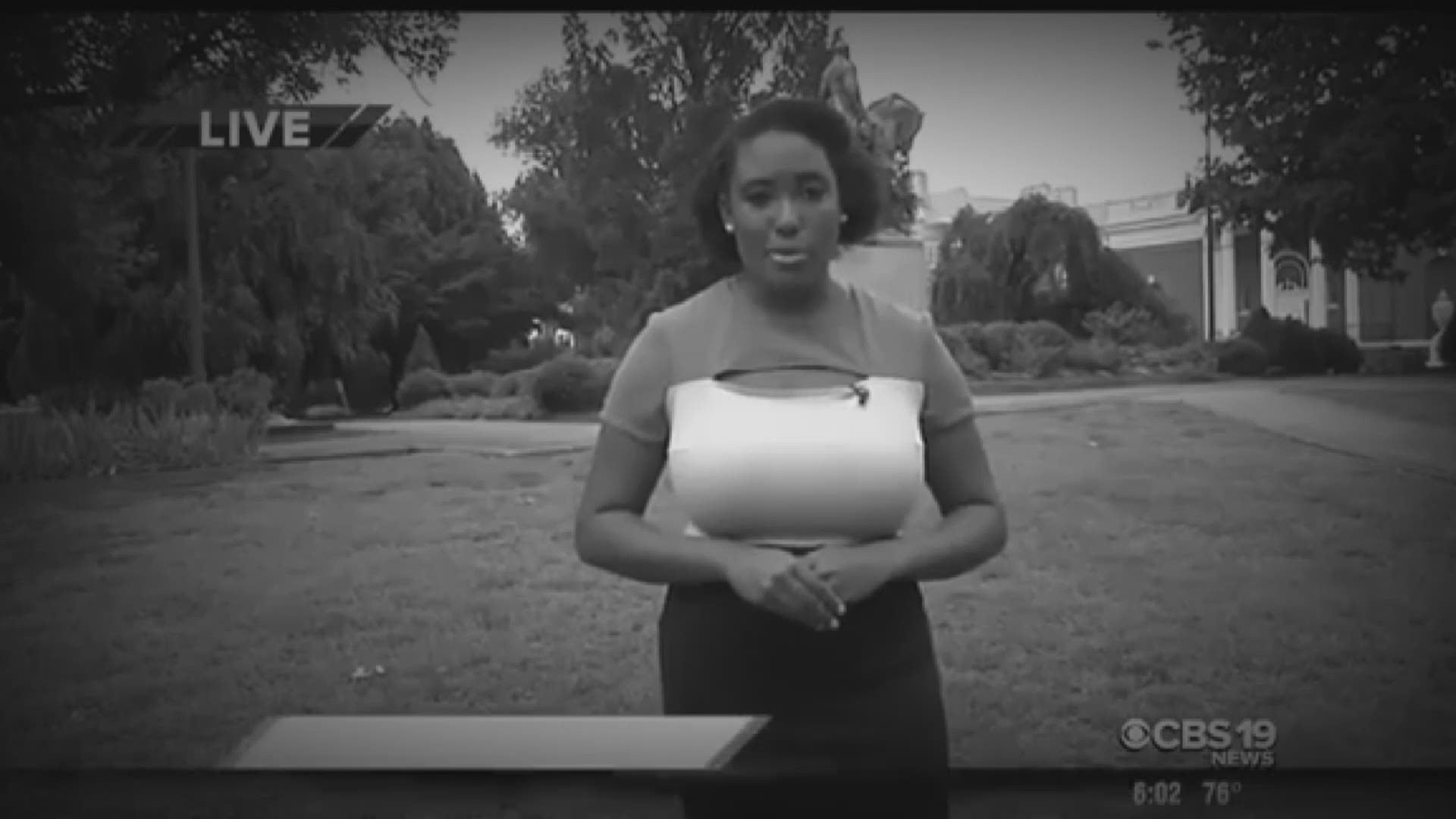 WASHINGTON -- "Unite the Right 2" is expected to bring hundreds of people to Lafayette Square, right in front of the White House on Sunday, Aug. 12th.

And that does not count counter-protesting.

For the past year, there has been an abundance of photos, videos, and news coverage of the "Unite The Right" rally in Charlottesville, Va.

Few have the experience of living there before and after that inaugural rally.

WUSA9's Bria White was there. A year ago, she reported in Charlottesville and she thinks the town went from being a place -- to an event.

White recalled the members of the alt-right, paramilitary and white supremacist groups who stormed Charlottesville. Then counter-protesters met them.

At first, she was fascinated with how many people felt so strongly about the Robert E. Lee Statue there. White conducted interviews with lots of people on several sides of the argument.

She had just started working there in January, but pretty soon reporting on white supremacists and impending rallies became a weekly thing.

When White first heard that someone applied to hold a rally, she did not think much of it. After all Charlottesville was bracing itself for a Ku Klux Klan rally in July before the August 12th rally.

As a black person, White said she was not excited about these events, but as a journalist, she finds it fascinating that people feel so strongly about something and how they choose to express it.

However, she recalled starting to get nervous when she was sitting in a restaurant after work with a friend and we saw men with torches pass.

Being curious journalist, she followed without hesitation.

It was not until she was standing in a crowd staring at the flames and hearing the chants that it hit her how serious the Unite the Right rally had the potential to be. She said it scared her.

RELATED: DC on high alert for violence as the city prepares for 'Unite the Right' rally

The next morning, she woke up around 8 a.m. to get ready to cover the rally that was supposed start at noon. Then White noticed several text messages from friends containing videos and pictures of mostly white men in semi-matching uniforms, shields and large guns.

She remembered hoping it would rain and everyone would just go home.

That day her news station had a tight plan. Cover at a close distance. No interviews. They were to just be there to cover the event, not to become part of it.

The day was full of dueling images. There would be a large crowd of people praying and singing. Then a few feet away pepper spray and yelling.

White recalled feeling so uncomfortable with how a lot of the people looked at her. It felt like hatred she said and she was not sure if it was her skin color or her camera.

Then White thought it was all over and she was doing a phone interview with the rally’s organizer Jason Kessler.

Kessler was in the middle of saying that not all the groups there were part of his group. Then she had trouble hearing him because of the sound of a car speeding past us on the downtown mall.

She hung up with him to run over and see what was going on. It turned out to be the car driven by James Fields Jr., the man charged with killing Heather Heyer and hurting dozens of people.

She said she cried that night standing in that alley. Small crowds gathered to pay their respects.

White said around town it felt like a lot people wanted to believe that the event was just a bunch of outsiders and racism did not exist in their town. For White who was a resident, it was hard to completely accept that.

After the rally, she remembered going to a coffee shop and I recognized someone who marched with the white supremacists.

Then you have the organizers. One was a University of Virginia graduate and the other was someone who lived there. On the other hand, on the heels of last year’s rally, Charlottesville got their first female African-American mayor.

White thinks that Charlottesville is forever changed and so is America. She said she is looking forward to covering where that change leads us.