Crews began spreading brine along the interstates across the region on Wednesday. 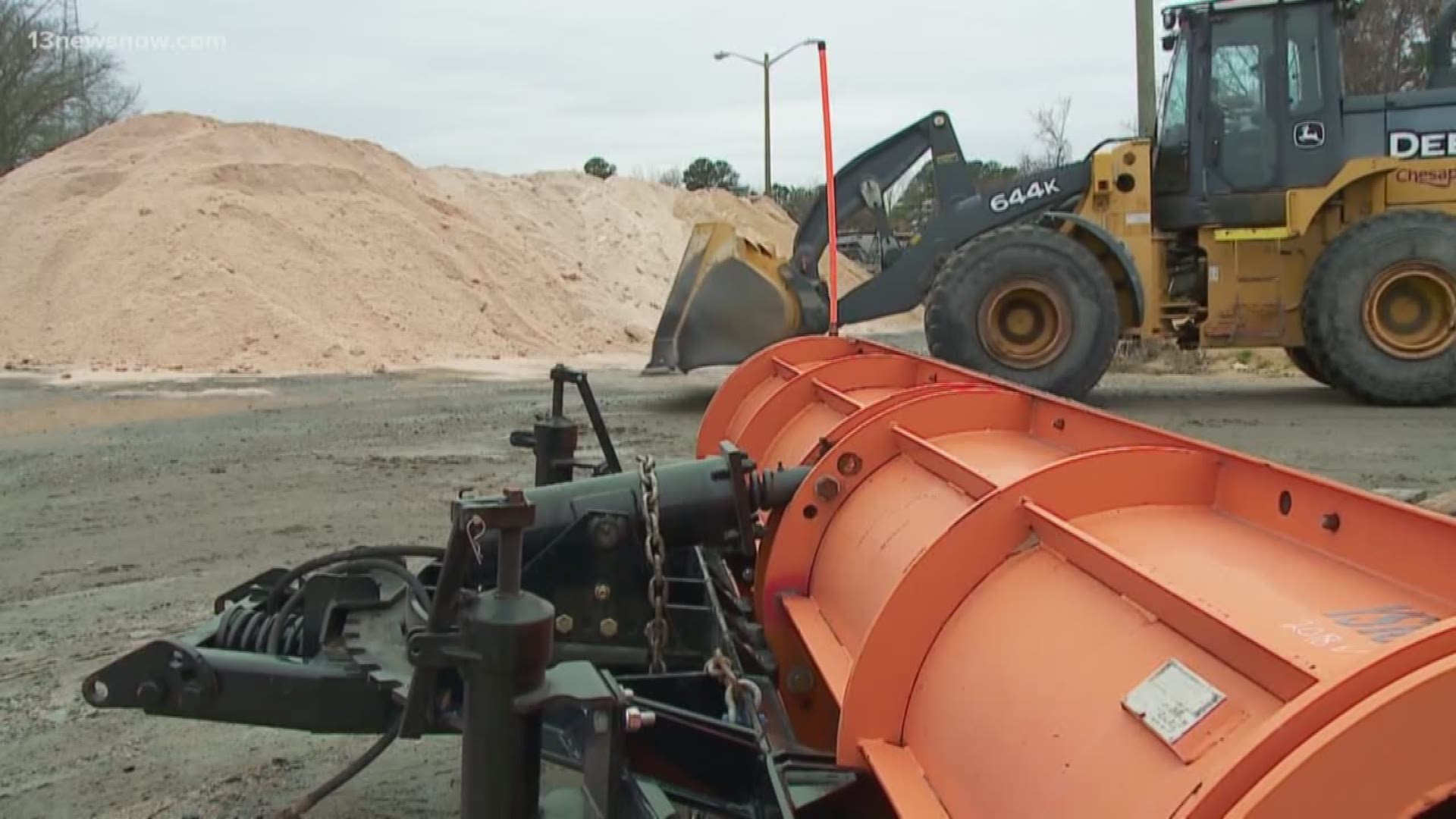 Crews began spreading brine along the interstates across the region on Wednesday.

The last time more than an inch of snow fell at Norfolk International Airport was 709 days ago. About 2 to 4 inches of snow is predicted to fall in parts of Hampton Roads overnight Thursday. Cities closer to the water are expected to receive lower amounts.

VDOT said pre-treatment will take place in Williamsburg, Franklin, and Accomac residencies early Thursday, Feb. 20. Brine increases the freezing temperature of the surface, helping to prevent ice on the road.

“You're going to see our trucks out and when you do, please give them the space to move around so they stay safe and you,” VDOT Communications Manager Holly Christopher said.

“We are preparing vehicles. We are continuing to see that posture throughout the next 24 hours,” said Jason Brown with Chesapeake Public Works.

Officials expect crews to work around the clock once the winter weather heads to the area.

Brown explained, “We could have as many as 40 pieces of equipment out on the roads throughout Chesapeake at any given time working the emergency routes first. The routes that carry the majority of the traffic in and out and across the city.”

Bridges and overpass tend to ice first, so that’s their primary focus.

“We have a thing called bridge control, vehicles out and looking at bridges and monitoring temperature and monitoring roadway surfaces and salting in those areas,” said Brown.

Motorists are advised to plan their trips around the storm, rather than through the storm, paying close attention to both beginning and end travel points, as those conditions can change.

VDOT crews will be working around the clock to monitor and treat roads as needed.