Scout Hughes called 911 when her mom complained of a headache. Turns out, she had suffered four ministrokes. 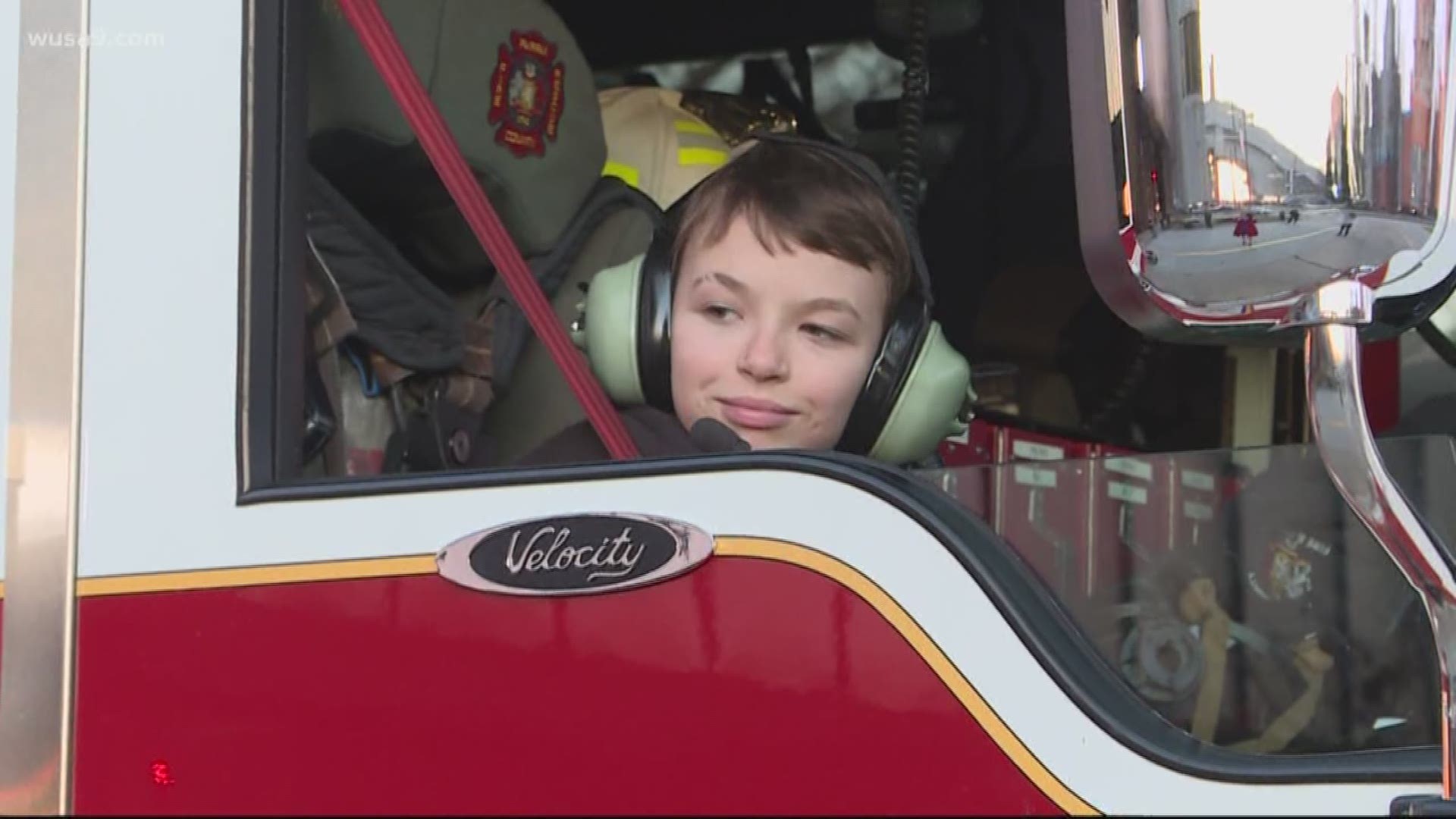 FAIRFAX COUNTY, Va. — Tiffany Hughes woke up one October morning with a severe headache. She powered through the day until she had to pick up her 11-year-old daughter, Scout, from school.

She tried to drive to urgent care but said the pain overcame her.

“I think I remember telling scout that I needed help maybe?” said Tiffany.

Scout said her mom told her to call her dad, but instincts took over and she dialed 911.

“I think I remember telling them, 'my mom is complaining of pain in her head, worst headache, she can’t drive,'” said Scout.

Credit: Tiffany Hughes
Tiffany Hughes and family pose for a picture in the car before heading to Sunday's ceremony.

She led Fairfax County paramedics to their car, which was pulled over at a gas station. When they arrived, Scout took the lead answering questions.

When they got to the hospital, Tiffany discovered she had a dissection in one of her arteries, which lead to four ministrokes. Paramedics said that could have killed her had it not been for Scout's quick-thinking.

“She knew what to do, so she was very brave and stayed very calm, so I’m very proud," said Tiffany.

Staying calm in the hospital is a big deal for Scout. It brings her back to the trauma she endured for the past year.

She just finished cancer treatment in the summer of 2019, which cost her part of her leg.

“Having to go there for a long time, I was always freaked out," said Scout. "But, I just had to think--I don’t know when I’m going to die, but I just have to make everything worth living.”

On Sunday, Fairfax County Fire and Rescue honored her bravery with a small ceremony, certificate, and short ride in the fire truck that came to rescue her mom.

Credit: Jess Arnold
Fairfax County Firefighters honored 11-year-old Scout Hughes with a certificate Sunday after she helped to save her mom's life during a medical emergency.

It was the first time the pair had reunited with the paramedics who responded to that call.

“I only remember one face, and so I got to talk to her and go through what happened, and I remember her voice, and I said thank you." said Tiffany.

Paramedics said getting to see a happy ending to the Hughes' story was a special moment for them, too.

“There’s those incidents that stick with you, and this will be one of them because she’s an extraordinary little girl, who did a lot to save her mom," said Master Technician Rebecca Stoddard.

For Scout, her mom, and their rescuers, the moral of the story is if you think you need help, don't hesitate to call 911.

“It’s better to be safe than sorry," said Scout.

Scout hopes to one day join the ranks of the people who helped save her mom's life and become a firefighter.

RELATED: 'There are no age requirements to make a difference' | 9-year-old runs for kids with cancer

RELATED: 'I want to stay healthy' | Virginia man asks for a new liver for Christmas