Governor Ralph Northam claimed threats were made ahead of a rally planned over gun rights at Capitol Square. 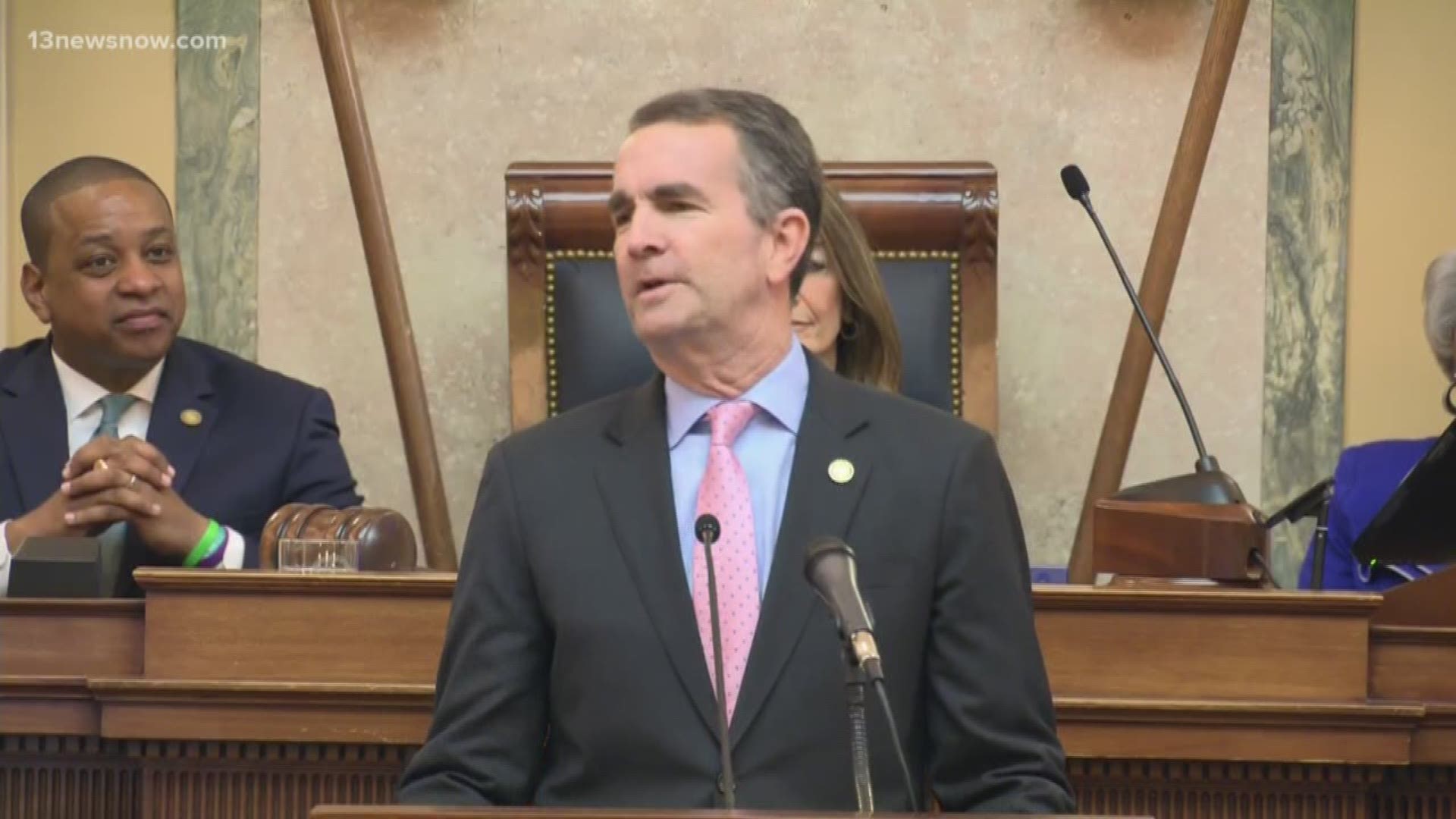 RICHMOND, Va. — Virginia Gov. Ralph Northam declared a temporary state of emergency on Wednesday banning all weapons, including guns, from Capitol Square ahead of a massive rally planned next week over gun rights. He also cited that law enforcement has identified credible threats of violence against the demonstration.

Out-of-state militia groups are expected to attend the event on January 20. The FBI has already arrested three white supremacists ahead of the rally.

Virginia House and Senate Republican leaders wrote to Governor Northam on Thursday requesting a secure briefing for General Assembly leaders on the threats the Governor cited. The leaders claimes Northam used the threats to justify his declaration of a state of emergency.

The leaders released the following statement about the brief:

"We, as members of the General Assembly, have received none of the information you have referenced to justify these restrictions. As such, we request that your office conduct a secure briefing on the threats identified by the Virginia Fusion Center and the Unified Command for the leadership of the General Assembly at the earliest possible time.

We understand the need for operational security and to protect intelligence sources and methods. As such, we would suggest this briefing be conducted in a secure location of your choosing, with only the leadership of the respective majority and minority caucuses of the General Assembly — the Speaker of the House, Majority and Minority Leaders of the House and Senate, and the Chairs of the Democratic and Republican House and Senate Caucuses. No legislative staff would be included in this briefing.

Considering the abridgment of the constitutional rights of Virginians your declaration has imposed, and because we have serious concerns about whether a governor has the authority to enact such restrictions, we believe it is imperative that leaders of the General Assembly – representing both majority and minority caucuses – are appropriately briefed as to the nature of these threats."

View the full letter to the governor below: