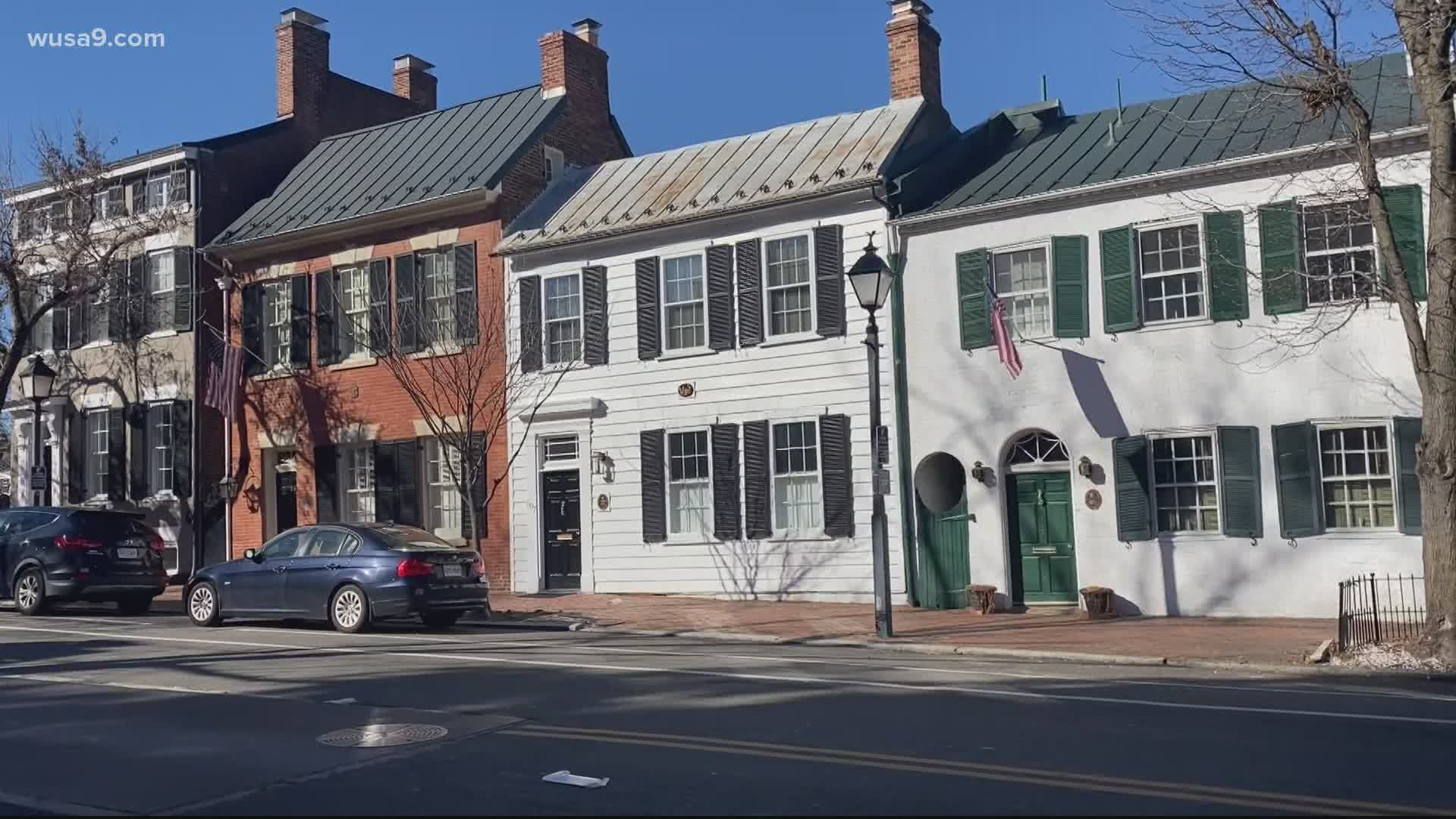 RICHMOND, Va. — A bill signed by Virginia Gov. Ralph Northam this week will require public universities to face up to the legacy of slavery on their campuses.

House Bill 1980 was introduced by Del. David Reid (D) of Virginia's 32nd district, which includes much of Loudoun County. The program prohibits the colleges from using state funds or raising tuition to cover the costs.

"It's going to take multi generations to be able to correct some of those problems," Del. Reid said. "College education is often the way for people to be able to escape those cycles of poverty that they and their families have lived in for generations."

The bipartisan support for HB1980, the Enslaved Ancestors Scholarship Fund, highlights that we can acknowledge our past mistakes and also provide opportunities for future generations.https://t.co/BJ0ygpdr3N@LoudounNaacp @delegatebagby @SenatorJohnBell @JenniferBoysko

Reid said he views the program as a starting point and encourages other colleges and universities to follow suit.

These five colleges were chosen because they were established before the end of the Civil War and all used the labor of enslaved people to build their institutions, Reid said.

Each of five schools has taken steps to acknowledge that history in recent years, but Reid noted they are not all in the same place.

"Longwood University, as a former female seminary, may not have very much data at all," Reid said. "At the other end of the spectrum, you have UVA, who actually just completed a really comprehensive study and has been able to identify four to five thousand individuals who were enslaved and helped with the building and operation of the university."

The study Reid mentioned was part of the University of Virginia's President's Commission on Slavery and the University. UVA President Teresa Sullivan created that commission in 2013.

"We have...focused on acknowledgment as a dynamic process - one that has to be done again and again and in different ways," reads the 2018 report.

According to that report, all of the men involved in bringing the University of Virginia into existence were large slaveowners. Thomas Jefferson's plans for the University even outlined separate areas for students and for enslaved workers.

RELATED: Juneteenth recognized as a holiday across a dozen Maryland colleges, universities

"Even in Jefferson's own imagining of what the University of Virginia could be, he understood it to be an institution with slavery at its core. He believed that a southern institution was necessary to protect the sons of the South from abolitionist teachings in the North," the researchers wrote.

In 2020, UVA unveiled a $7 million "Memorial to Enslaved Laborers" on its campus and in 2014 it founded the Universities Studying Slavery consortium, which The College of William and Mary has joined.

William and Mary's Board of Visitors in 2009 acknowledged that the university had "owned and exploited slave labor from its founding to the Civil War; and that it had failed to stand against segregation during the Jim Crow Era," according to its website. To rectify that harm, the Board created a research initiative called "The Lemon Project," named for a man who was enslaved by the school.

Longwood University has also taken steps to recognize the harm it has perpetrated against enslaved people and their descendants. The University apologized in 2015 for its actions in the civil rights era when it remained silent as local officials fought desegregation orders. It also launched the "Bicentennial Initiative" in 2020 to research its institutional history and the experiences of Black people on its campus.

In Sept. 2020, the Virginia Commonwealth University's Board of Visitors voted to rename campus buildings named for members of the Confederacy following a review of Confederate symbols in plaques, building names and statues on and near the campus.

Because of these varying starting points, histories, and courses of action, the program will require the State Council of Higher Education for Virginia to work with the colleges to create tailored guidelines, Reid said.

None of the five schools' initiatives have mandated financial damages for the ways and extent to which they have profited from the labor of enslaved people.

That will change in the 2022-23 school year, when the Enslaved Ancestors College Access Scholarship and Memorial Program comes into effect.

Sign up for the Capitol Breach email newsletter, delivering the latest breaking news and a roundup of the investigation into the Capitol Riots on January 6, 2021.