Democrats in the General Assembly voted to ban guns at the Capitol and a legislative office building, saying the move was needed to protect public safety. 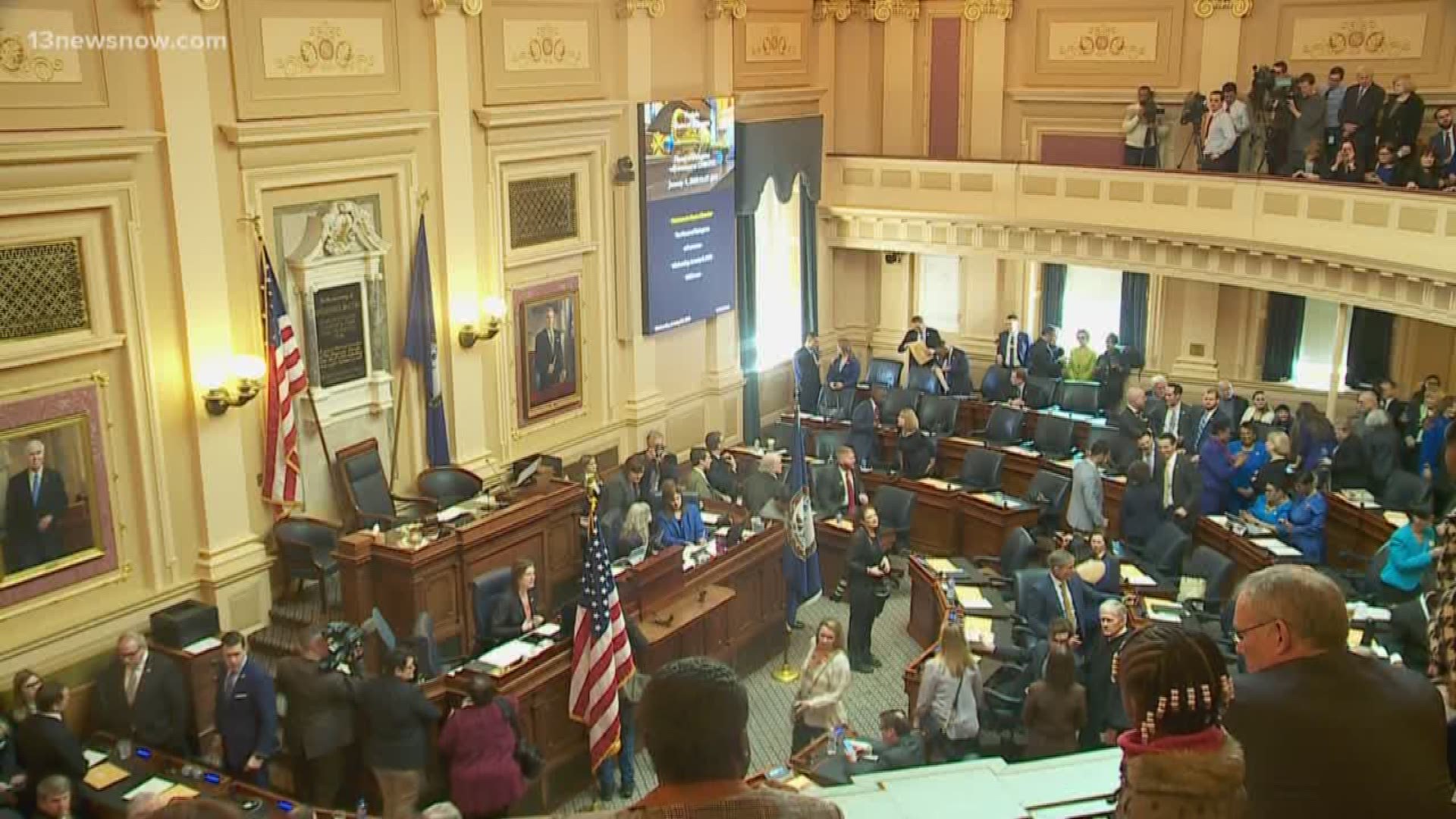 RICHMOND, Va. — Virginia lawmakers have voted to ban firearms at the state Capitol, the first in what's expected to be many contentious gun votes in the coming weeks.

Newly empowered Democrats in the General Assembly voted Friday to ban guns at the Capitol and a legislative office building, saying the move was needed to protect public safety.

Republicans have voiced opposition to such a ban and some GOP lawmakers routinely carry guns into the Capitol.

Public officials have expressed concerns about planned Jan. 20 rallies that are set to draw huge crowds of pro-gun and gun-control advocates.

Senator Bill DeSteph (R-Virginia Beach) issued the following statement regarding the enactment of a new weapons policy by the Joint Rules Committee of the Virginia General Assembly:

“Yesterday, a new policy was imposed by the Joint Rules Committee banning all firearms from the Capitol and the Pocahontas Building. Comprised of only 16 of the General Assembly’s 140 legislators, the Joint Rules Committee has effectively nullified the democratic process and commitment to transparency that until now, has defined our legislature and the rule of law in Virginia.

I am gravely concerned about the future of our Commonwealth. My colleagues were given little notice of the Joint Rules Committee meeting, with no agenda provided and no opportunity for the public to attend, which under the Freedom of Information Act, is imperative to maintain transparency. It appears the new majority has emboldened House and Senate leaders to behave in ways that would have drawn criticism of their counterparts in years past.

This weapons ban, which takes away the constitutional rights of law-abiding citizens, comes on the heels of the geographic discrimination of the city of Virginia Beach. For the first time in almost 50 years, Virginia Beach lacks representation on the Senate Finance Committee, disenfranchising the largest city in the Commonwealth.

Despite this repudiation of tradition that defines “Thomas Jefferson’s House,” I will continue to fight for the rights of my constituents and fellow Virginians, standing firm against the disregard of transparency and equity that has been the hallmark of representation in Virginia for hundreds of years.”