The bill would decriminalize simple marijuana possession in Virginia. Currently, simple possession of marijuana is a Class 1 misdemeanor. 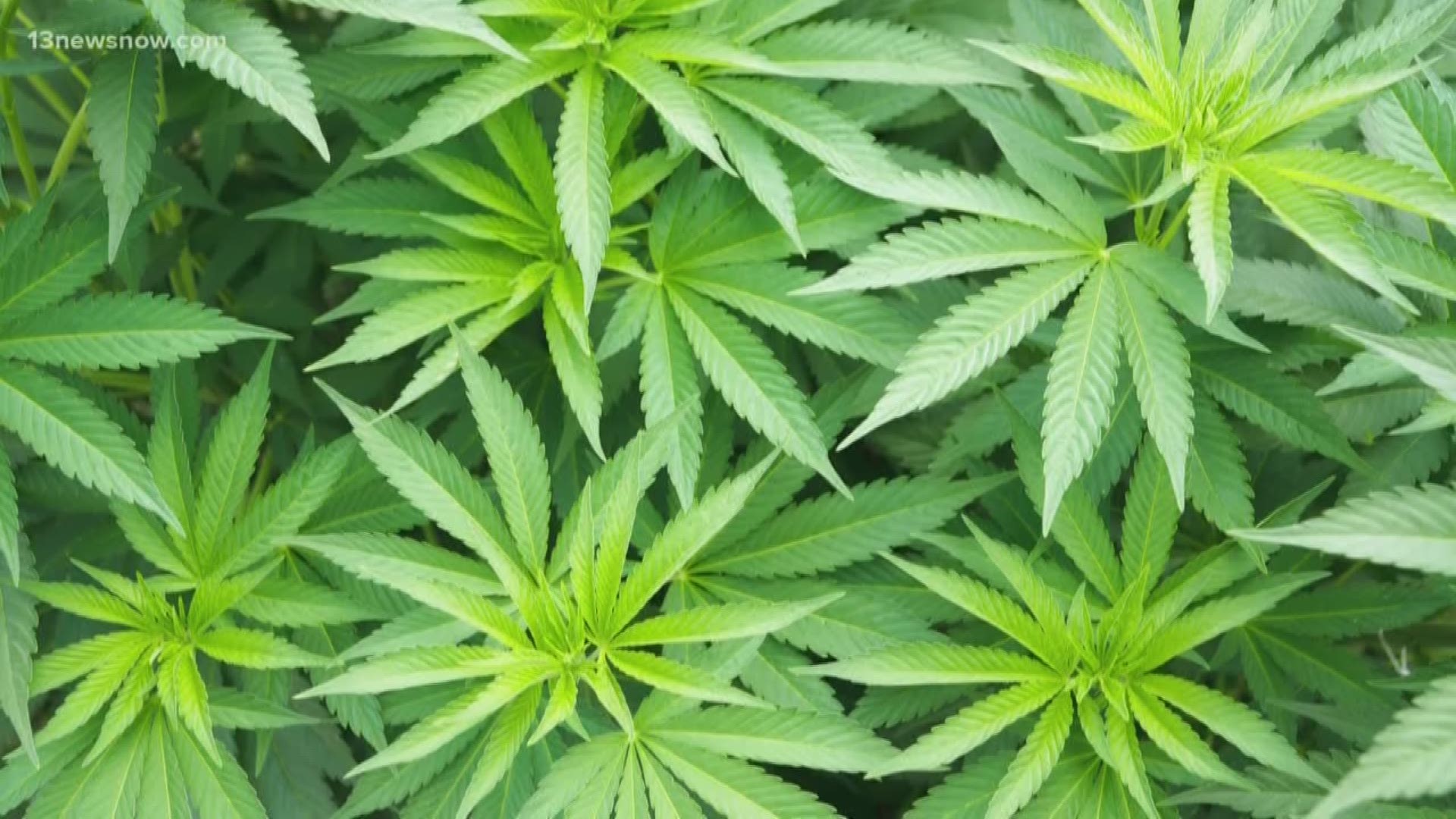 RICHMOND, Va. — Lawmakers in Richmond will discuss a marijuana decriminalization bill on Thursday.

SB 2 decriminalizes simple marijuana possession and provides a civil penalty of no more than $50.

Current law imposes a maximum fine of $500 and a maximum 30-day jail sentence for a first offense, and subsequent offenses are a Class 1 misdemeanor.

The bill raises the threshold amount of marijuana a person must have on them to break the law from one-half ounce to one ounce.

The bill also allows a person to get a previous marijuana-related conviction expunged from their record. That's only after all court costs, fines, and orders of restitution are paid.

The bill will be discussed in the Senate Finance and Appropriations committee at 4:30 p.m.

Now that Democrats have a majority in both chambers for the first time since 1995, it's likely this bill will pass.

Gov. Ralph Northam said he is committed to decriminalizing marijuana in Virginia.

The Virginia ACLU opposes the current marijuana decriminalization bills saying "substituting a civil penalty for a criminal fine is not a positive forward step."