Both the Virginia House and Senate have passed bills to legalize marijuana. Now, lawmakers are working to reconcile the differences between the two proposals. 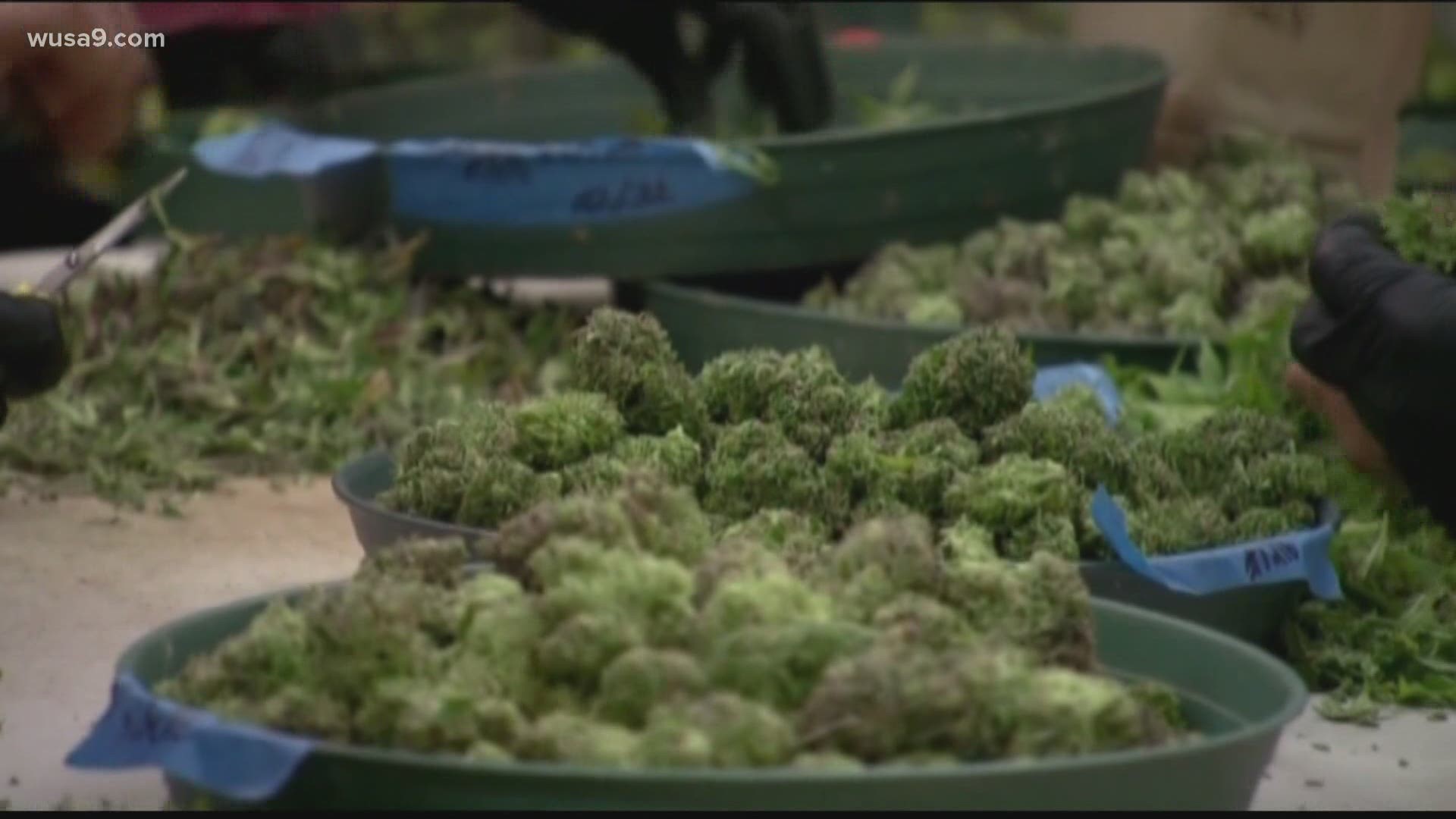 RICHMOND, Va. — Virginia is closer than ever to legalizing marijuana, but some groups are still trying to fight the effort.

Both the Virginia House and Senate have passed bills aimed at legalizing marijuana this year.

Lawmakers from both chambers are currently in conference as they try to reconcile differences between the House and Senate measures.

However, both proposals call for retail sales of marijuana to begin some time in 2024 for people 21 and older. Both the House and Senate bills also have framework to expunge some Virginians' previous marijuana-related offenses.

Still, the group "Parents Opposed to Pot" has continued to fight the effort to legalize the substance despite the idea's progress in Richmond so far.

The group's vice-president, Virginia resident Julie Schauer, is encouraging to people to write lawmakers to let them know they oppose any legislation legalizing marijuana.

Huge win!! My marijuana legalization bill, HB2312, just passed through the full House. This legislation will provide long overdue justice for so many marginalized communities in Virginia. pic.twitter.com/g4XjtVjj5H

She said she believes state lawmakers have overlooked possible mental health impacts that could come from legalizing marijuana in the Commonwealth.

"They're not even going over it and this is a health issue," Schauer said. "It's clearly a mental health issue."

Schauer's group is also concerned about the potential public proliferation of paranoia and delusional behavior amongst the substance's users in Virginia. Schauer said she thinks the legislative process to legalize marijuana in the Commonwealth was rushed.

"This is too quick," she said. "You don't pass a bill with such huge ramifications without extensive study."

The 2020 General Assembly did direct Virginia's Joint Legislative Audit and Review Committee to review how the Commonwealth could legalize marijuana in the future.

The study also examined how certain communities may be affected by legalization that were disproportionately impacted by marijuana prohibition efforts in the past.

We issued a Press Release for Virginia: “The governor claims his top priority is public health, and yet the only legislative committee not to review the pending marijuana commercialization law is the Health committee,” https://t.co/eWsRvSq7oa

Virginia House Majority Leader Charniele Herring, D-Alexandria, sponsored the bill in the House. She recently spoke to the bills emphasis on the need for equity to her fellow lawmakers in Richmond.

"The legislation focuses on undoing the harms caused by over-policing, over-prosecuting, and over-sentencing of communities of color which has definitely had an disproportionate impact on them," she said.

Last year, Governor Ralph Northam also announced his support for the legalization of marijuana. He is expected to sign marijuana legalization legislation once it hits his desk.

"It's time to legalize marijuana in Virginia," Gov. Northam said. "Our Commonwealth has an opportunity to be the first state in the South to take this step, and we will lead with a focus on equity, public health, and public safety. I look forward to working with the General Assembly to get this right."