Legalized marijuana in Virginia: What happens to prior drug charges?

Marijuana possession is about to become legalized in Virginia, but it will take years for some changes in the law to go into effect. 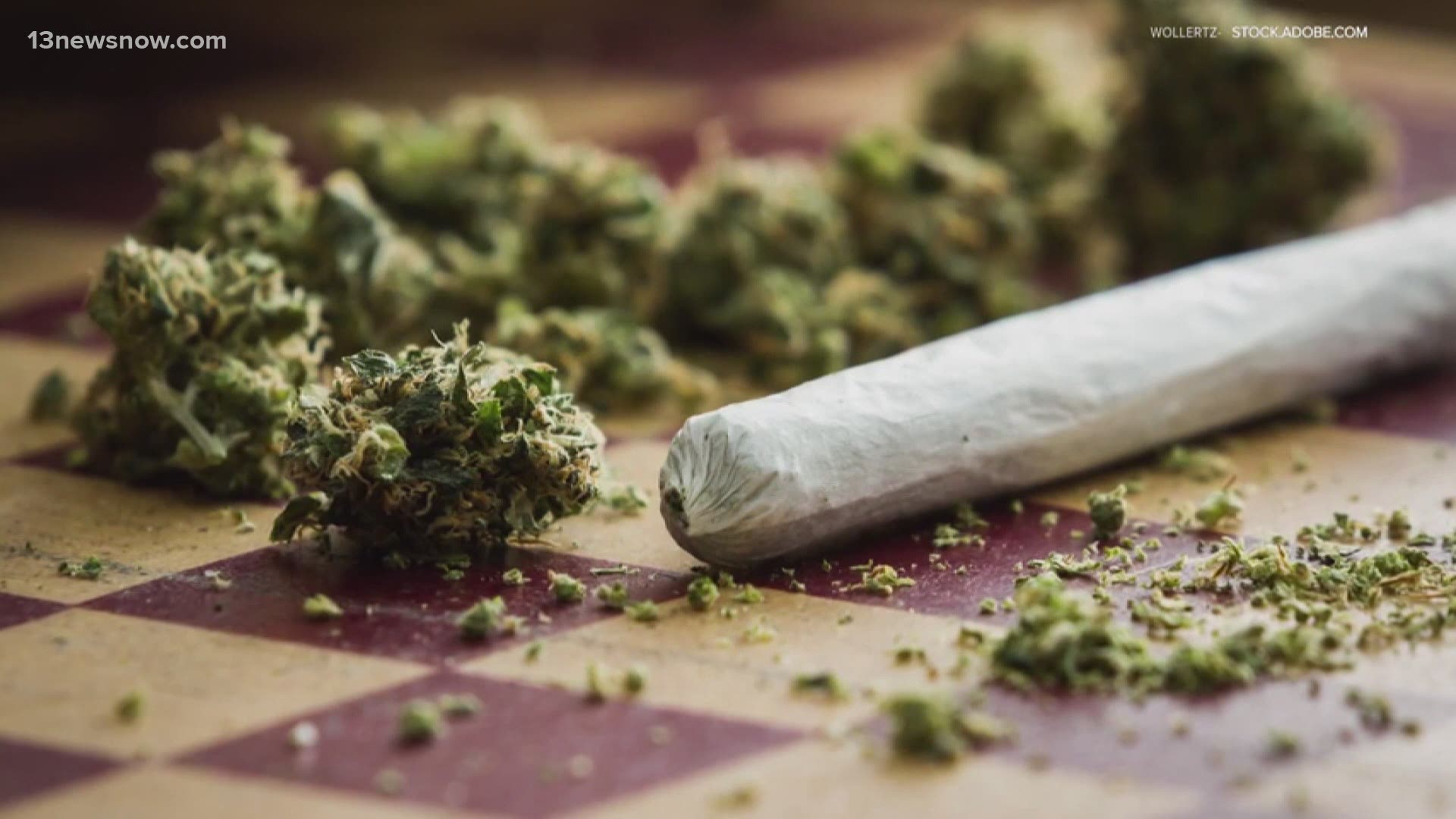 NORFOLK, Va. — While legalized marijuana is a big change for the Commonwealth of Virginia, some changes will still take years to take effect.

“I think Virginia is working on remedying harms that have been happening to a lot of Virginians for a long time, but it’s going to take quite a while," attorney Rob Poggenklass told 13News Now on Tuesday.

13News Now is answering your questions about the marijuana legalization process.

Several viewers have inquired about what will happen to prior marijuana-related charges from someone's past, now that possession of up to an ounce of marijuana is legalized, and whether they'd be either expunged or dropped.

Poggenklass is an attorney out of Charlottesville with the Legal Aid Justice Center, a non-profit law firm serving low-income individuals with a mission to seek out racial justice. According to Poggenklass, the process won't be as simple as many might think.

“On July 1, 2021, all records of misdemeanor possession with intent to distribute marijuana arrests, charges, and convictions will be automatically sealed in the Virginia-state police system. This follows the sealing of simple possession of marijuana records done in 2020 when marijuana was decriminalized. However, the court records of these charges will remain public," Poggenklass said.

According to Pggenklass, the State of Virginia keeps two copies of criminal records: one for law enforcement agencies and another for the court system.

As mentioned, certain charges will be sealed from the eyes of law enforcement, which he says will be advantageous in certain situations like a traffic stop in which an officer would not be able to view previous marijuana-related charges during the stop.

However, the court record copies will not be sealed, meaning charges can still be found by other people that may want to find them.

“The court records of these charges will still be public, which means employers, landlords, private background check companies can still have access to these," Poggenklass said.

According to him, people have misunderstood and been disappointed with what this means for them.

“We’ve made some incredible progress in the last two years, but there’s still a lot of work to be done," he said.

In 2021 Virginia lawmakers passed SB 1339 and HB 2113, a record-sealing law that automatically seals nine types of misdemeanor charges from the court system. Possession of marijuana is included.

However, as of now: that won’t be until 2025. Poggenklass says the LAJC will work to advocate the Virginia General Assembly moves up the date of that decision.